How fast can you drive a Jeep?

1941 - 1945, MB, GPW Technical questions and discussions, regarding anything related to the WWII jeep.
Post Reply
129 posts

Roy Palmer of 1st Airborne Reconnaissance Squadron reckoned they got about 70 MPH out of their jeep on the Amsterdamseweg in 1944. But as they were running a German ambush and being fired on at the time, they weren't too bothered about breaking it.
Owner of VEP GPW 6735

The Jeep whisperer wrote: And for the naysayers. This is my M-38A1 that I have maintained to factory spec since it was new. It will wind the needle past 60 all the way to zero with no effort. I do not do this very often. It does make believers tho.

As Bruce indicated, what does the speedo picture prove? The ignition is not on, the vehicle isn't mobile & the speedo is @ rest on zero.

I can't believe anyone would be game/stupid enough to be a passenger & observe such a thing to become a believer. 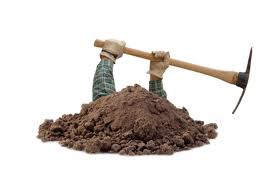 irakli
Sergeant Major of the Gee

As it was already said here, tell me how old are you and I will tell you how fast you will drive your Jeep. Based on average age of G members here 35-45 mph might be the right speed to drive. With age and experience any person is more consiouce and realizes risks of driving car unfastened and with zero passive or active safety features.
1944 Willys MB
1978 VOLVO TGB 1111
Top

Hi Torque,
Your original question "How much faster than 55 can I go without scattering engine parts down the road?" is finally answered (65mph by the book). Take it to the bank. One more thing that makes America GREAT!

I figure you probably knew the answer before you asked the question? For a mechanic that's been at it for most of 45 years (figuring you might be 60+ now like me) and have likely seen more than a few twisted metal wrecks in that time --- even now, with a seat belt strapping you to the gas tank, will you do 65mph in your 76 year old truck? A video would be interesting to watch if you could arrange it. It's not for me, but I'd like to see it done.

Anyway, the entertainment value of your question and the replies back and forth has been interesting. Thanks for posting it to generate the discussion.

It's scary to think about being strapped into something that could be crunched and rolled pretty easily, especially if the seat belt is only across the waste, which still wouldn't help your chest and head from smashing into the steering wheel and windshield. I'd rather take my chances at being thrown from the jeep in the unfortunate case of an accident, same with a motorcycle, than risk being strapped in...Has anyone here ever heard of a WWII jeep with a seat belt actually helping in the case of an accident?
Sean

Prior to the early 60's when the Broncos and IH Scouts started appearing, the 40's-60's 4 Cllinder Jeeps were a familiar sight as "daily drivers" at highway speeds on the major highways of the USA. The CJ-5 Speedometer of that period topped out at 90MPH.
We have a generation gap here, also many of the Jeeps driven by enthusiasts to day are in need of running gear and drive line TLC from lack of scheduled PM that may cause them to feel unsafe .
It takes a lot of PM and new parts but the "factory" feel of these old Jeeps can be restored by capable mechanics using OEM quality parts.
Am sure if I can do it, there are others that can do the same.
2011 MVPA PIONEER AWARD - MVPA #1064
HONOR GRAD-WHEELED VEHICLE MECHANIC SCHOOL 1960 - US ARMY ORDNANCE SCHOOL(MACHINIST) ABERDEEN PG 1962 - O-1 BIRD DOG CREWCHIEF - 300,000+TROUBLE FREE M-38A1 MILES
LIFE MEMBER AM LEGION-40/8-DAV
7 MIL SPEC MAINTAINED MV'S
COL. BRUNO BROOKS (ARMY MOTORS) IS MY HERO
Top

Managed to get out last evening with our (son and I) newly rebuilt M38A1. Glad we spent the money on all the front end rebuild parts! Did 55MPH on the flats and was smooth. It likely can do 60 and perhaps a little more but we’re not crazy. Majority of the running was at 45-50MPH.

How on earth did the CJ5s get away with a 90MPH speedometer? Must have had a taller third gear and perhaps more power?

42swing
Sergeant Major of the Gee

Very interesting discussion. There are really two questions here though; how fast can a Jeep go, and how fast do you feel comfortable driving? It appears that with everything optimal, 65 or 70 is probably doable. However, how fast you're really comfortable driving has to do as much with how fast can you stop as much as how fast you can go. I tend to keep mine at 40 as a comfortable speed considering the single cylinder brakes, rollover potential at speed, and the consequences.

I have a friend with a race-prepared Model T - racer body, overhead cam, etc. He's had it up to 80 at a track. Those that know the Model T know that even with supplemental (Rocky Mountain) brakes, the stopping ability is practically nil. My friend normally drives it at 45 which is still trucking right along for a T.
Malvern, PA
1942 MB 180635
1943 Willys MBT
1940 Elgin male bicycle
1940 Columbia female bicycle
1943 M3A4 Hand Cart
1943 Harley Davidson WLA with side car
Top

This thread would be less than half as long if the OP had merely amended his title to "drive a WWII jeep". Instead we have diversions, wanderings, reminiscing's and blather to contend with.

Again, while my SUV speedo goes up to 140MPH, that means about as much as your G503 speedo going up to 60 or 63MPH. Not saying it can't go that fast, but there is that issue about the safety and reliability of you, your passengers, your jeep, driving conditions, road hazards and the idiots out on the highways that means the faster you go, the more you risk your life.

Still waiting for Joel's video where he is driving his M38A1 and the speedo is spun back around to zero. As artificer mentioned, the photo he posted showed no readings on any gauges that would indicate the jeep was actually RUNNING and going down the road.

Like many "fish stories", the size of the fish gets bigger the more times the tale is told....this time it is how fast he can go. It was not stated that the M38A1 had an overdrive unit and 5.38 gears would have that four-banger screaming at 90 MPH!
Chuck Lutz

Guys , lets keep it at 35-40MPH, and respect our vehicles, our lives and our passengers(if any). NO ONE on this site wants to read about one of our members being in an accident. SAFETY IS PARAMOUNT.
Top

Must have had a taller third gear and perhaps more power?

T84 & T90 are 1:1 in 3rd gear so there is no taller gear option, other than fitting an overdrive.
These engines are long stroke with heavy flywheels.
Maximum torque for the L134 is ~105lb.ft @ 2000RPM.
The F134 is similarly ~ 112lb.ft @ 2000RPM.
These engines are not designed for high RPM's.
Trying to achieve engine & vehicle speeds as has been suggested by some on this thread, is just plain stupid MECHANICALLY, as well as for the vehicle & occupants SAFETY WISE!

Think for 1 about old out of date tyres many on here have on their Jeeps [trying to keep them original] & a blowout occurring.