Over the weekend I decided to try another attempt at breaking loose the PTO pipe plug. That failed. I tried heating it, welding a nut to it, and a few other things....nothing worked.
So I put that aside for now and decided to do some winch work.

I tore it all apart (or as apart as I could get until a little mishap) and cleaned it up. There was a TON of nasty stinky 50 year old grease inside. However the gears are all in great shape, as are the bearings.
While attempting to loosen up the set screw that holds the main gear in place, my hex key snapped and left the tip of the hex key stuck inside the set screw. I have tried several things I remove the broken hex key but all have failed (magnets, glue, different glue, another adhesive, pulling it with a pic, flushing it out with spray, and blasting air attempting to blow it out). Any ideas on how I can get this little guy out? (see pics below).
I also did some "high quality metal work" with a hammer.... and fixed the wishbone section of the lever.

I reassembled the winch with the exception of the main gear housing top cover. I'm keeping that unbolted (but covered to keep dirt/dust out) until I can figure out how to get that broken bit out. I really don't want it falling out while winching and taking out my worm gear.

What lubricants are popular options for out winches? I was thinking maybe john deere corn head grease 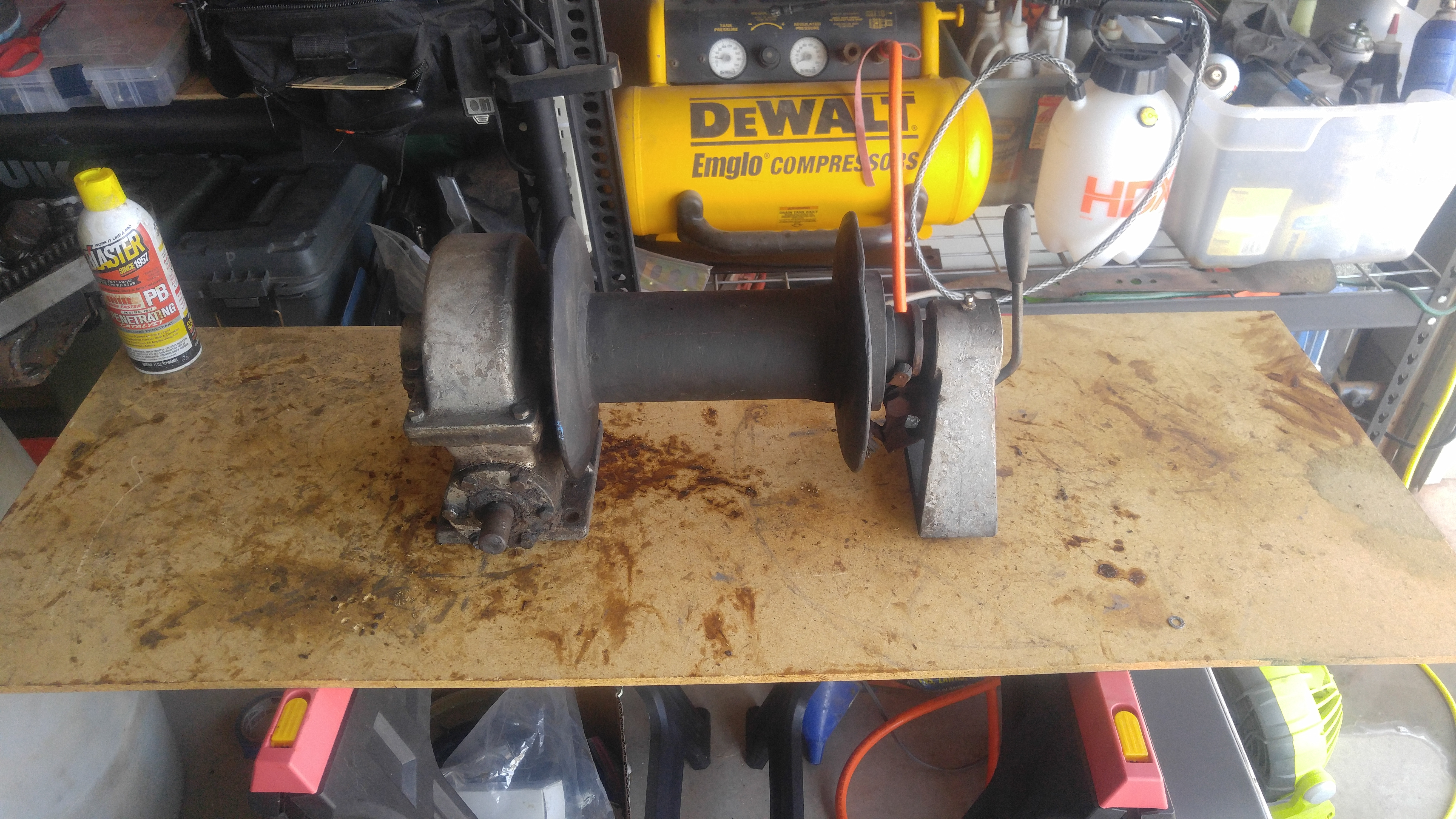 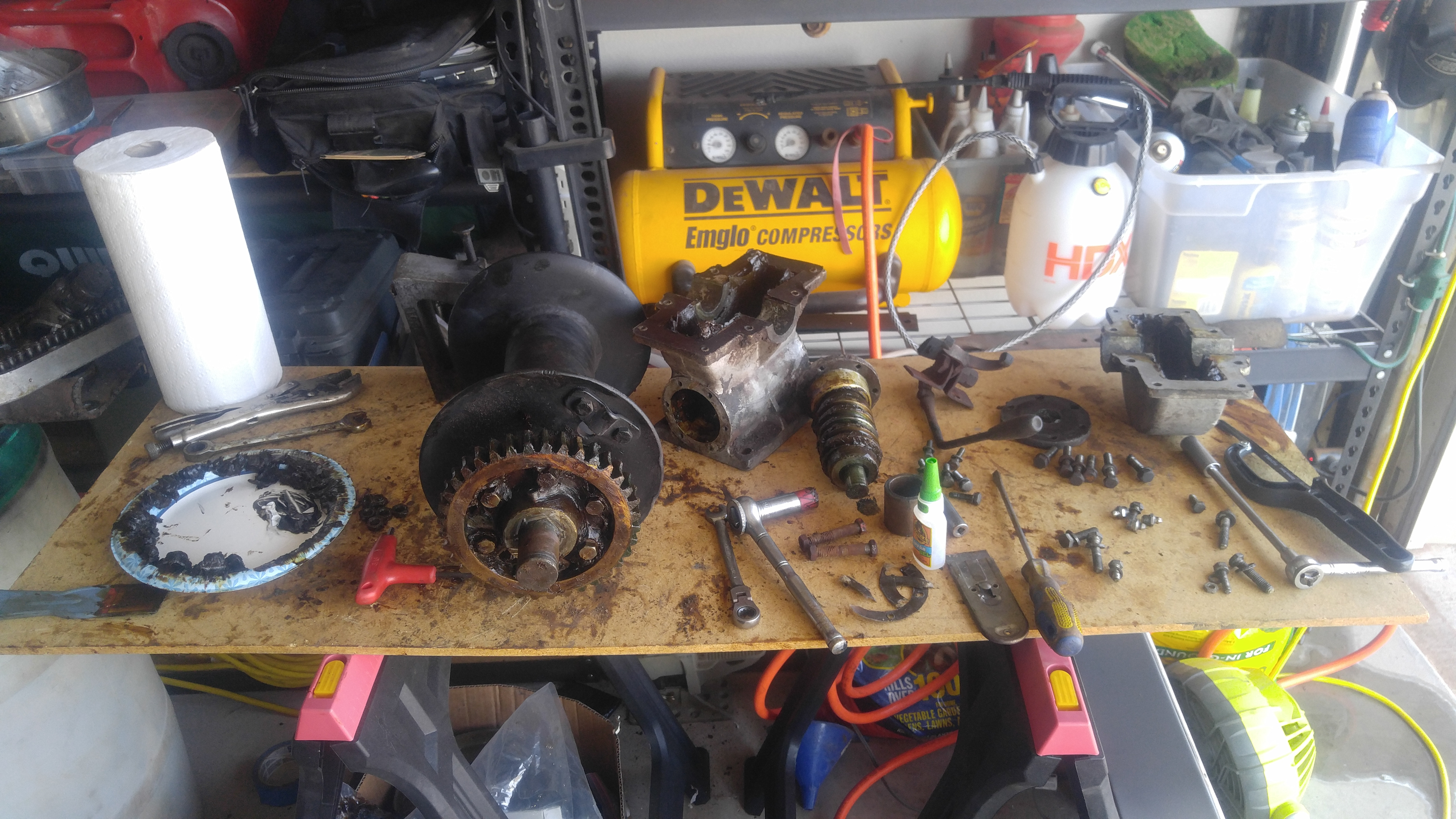 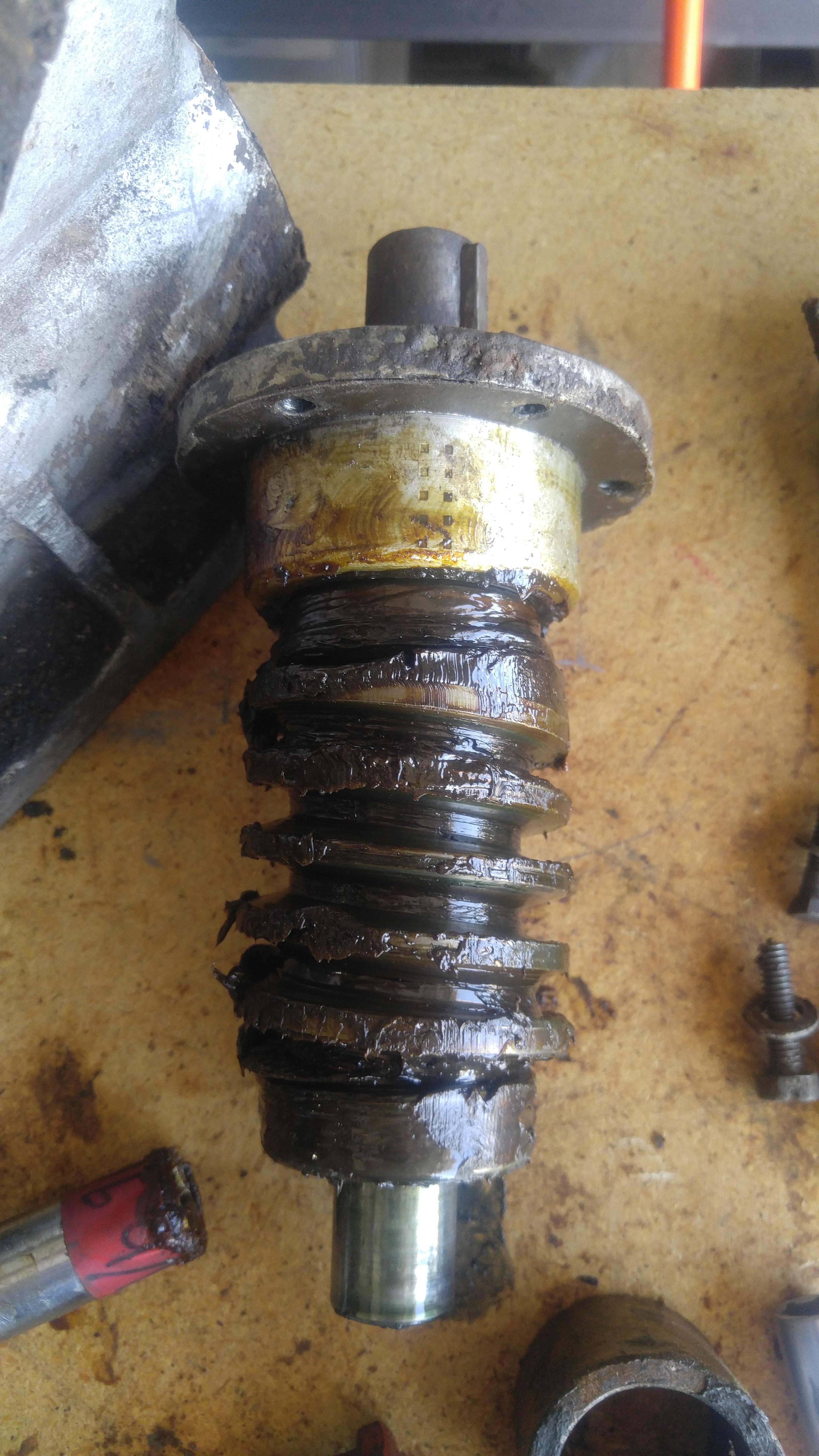 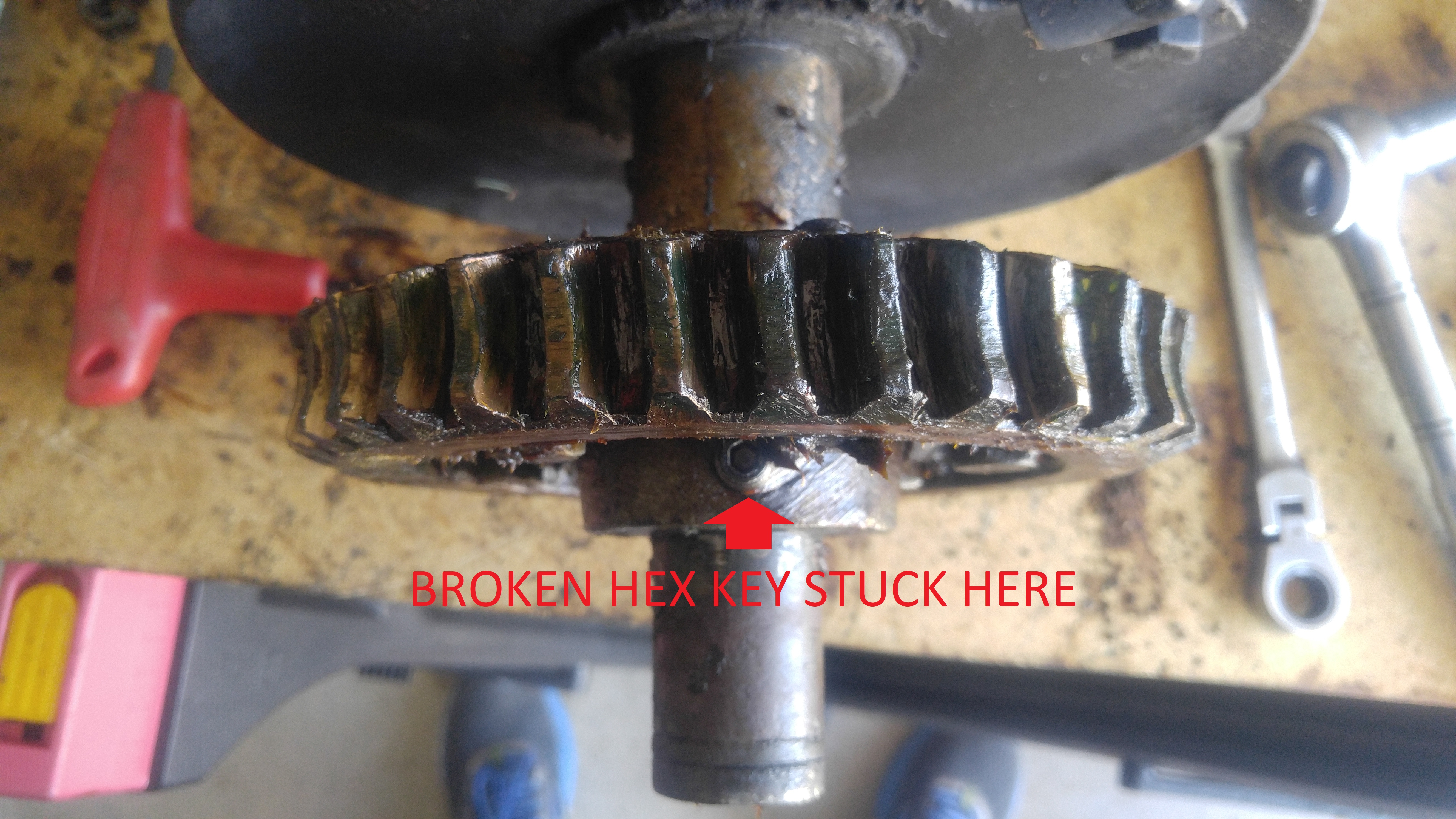 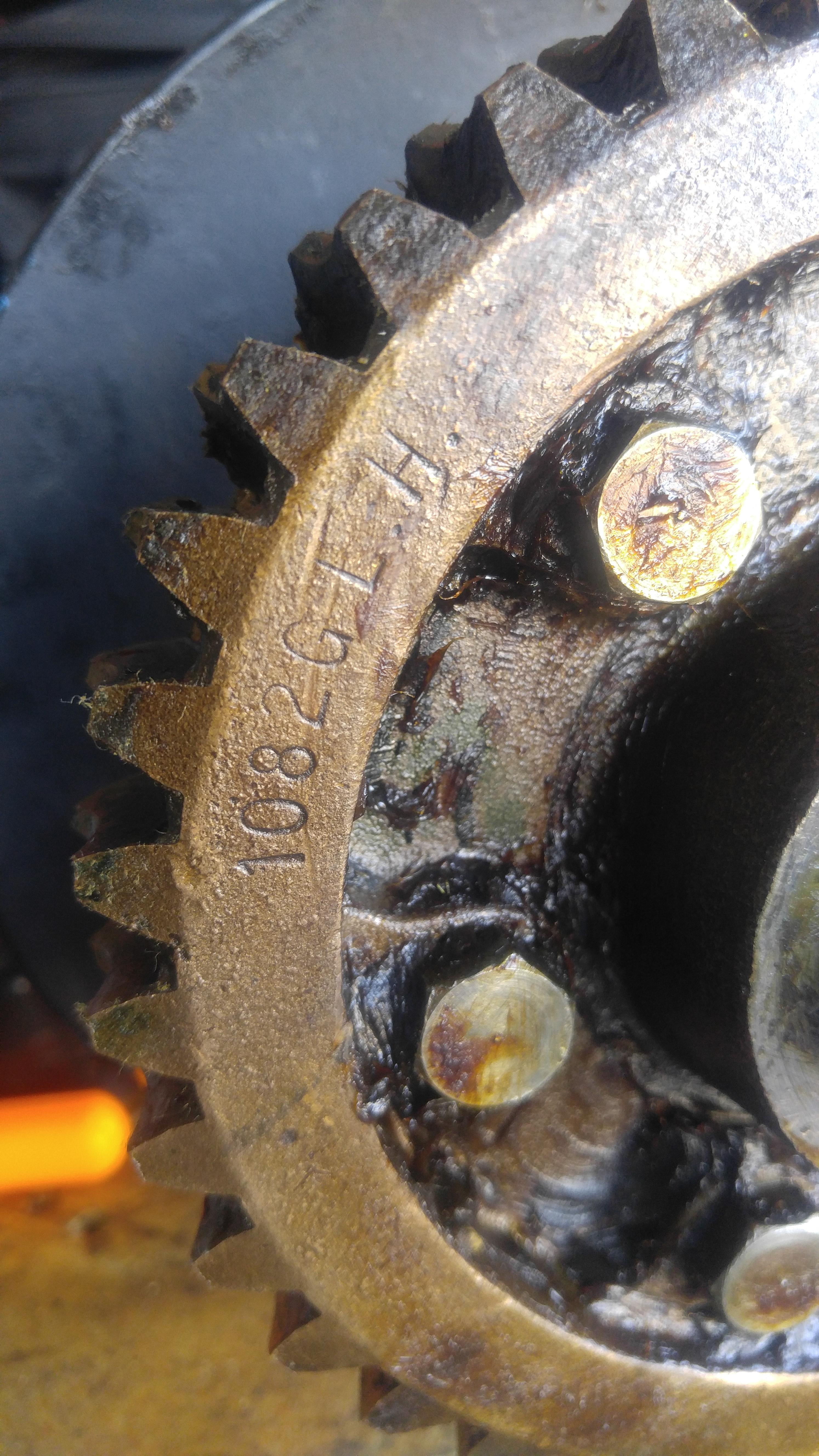 Well I finally had some time to work on that broken-off hex key that was stuck inside my PTO winch main gear set screw. I used some high pressure air coupled with picking at it with some tweezers. It eventually came out.
After that was removed, I got the winch all buttoned up.

Once my jeep gets back from the motor shop, I'll buy the proper oil for the winch, lube it up, and slap it on the jeep.

At this point I'm just waiting on the engine shop to finish my jeep. It's been right under 3months (jeep has been gone since 7/31) & I'm ready to get my jeep back so I can enjoy it. 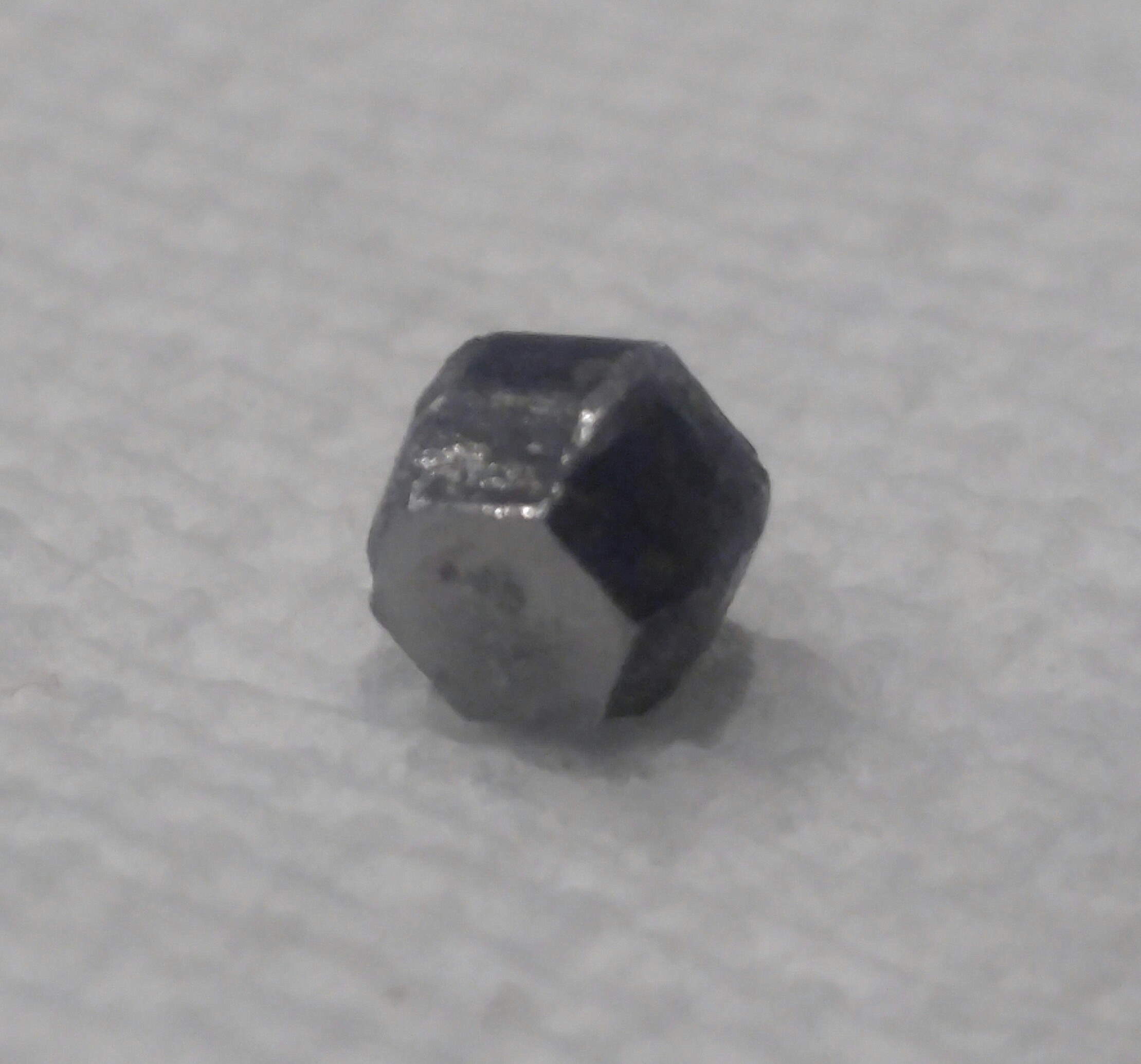 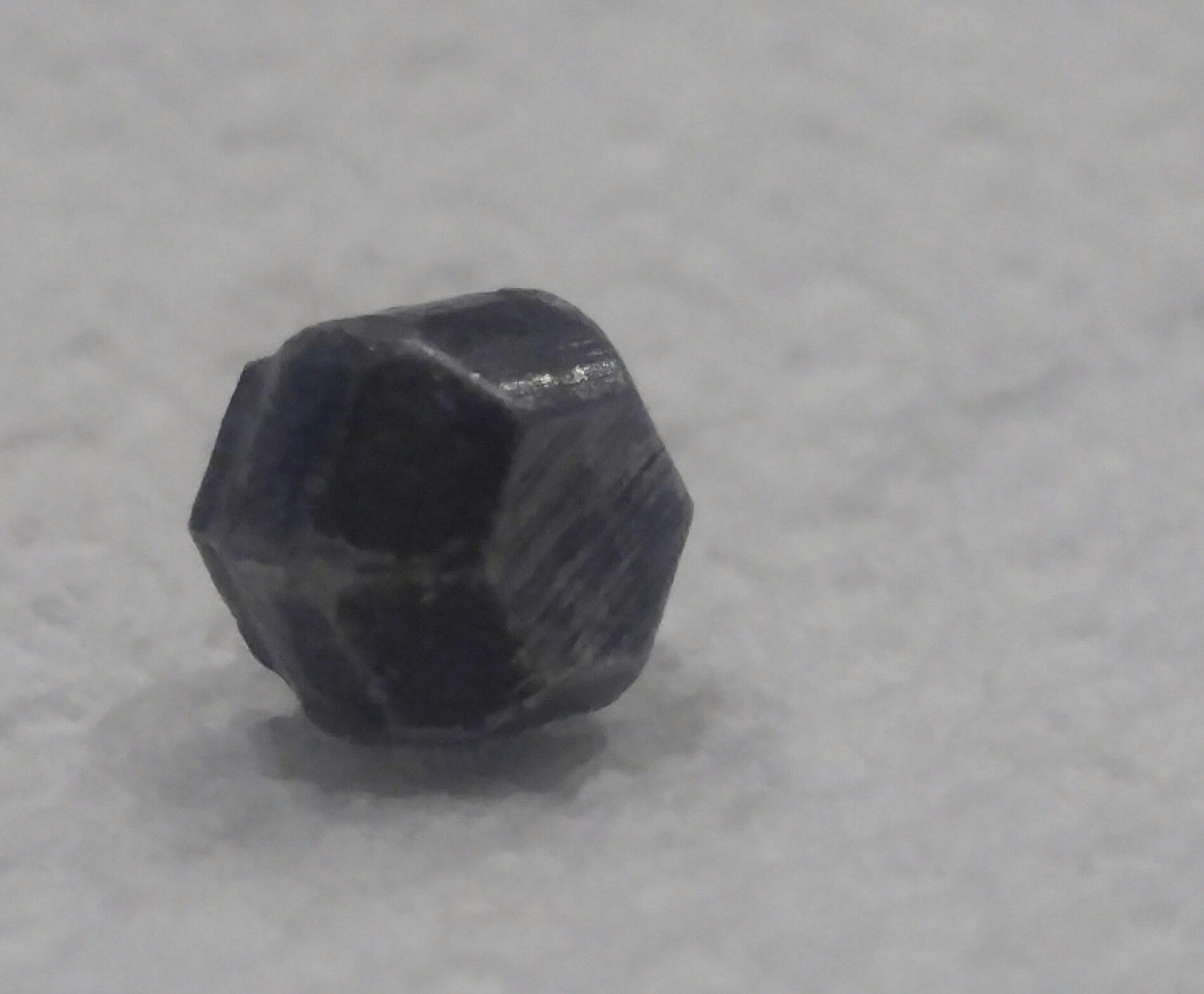