I wish I could post pictures but I have tried with no success. I am repainting a 53 A1 which someone painted with bed liner. The birth month is 8/53 and serial number is 54084 (I think). The middle digit is hard to see. I was able to sand down and find the hood number which is 20989422. It was painted on twice with one being over the other but looked to be the same number. On the right side of the front bumper looks to be HQ 16 which was also pained twice one on top of the other and matched the bumpererre. My problem is the unit marking on the left front. The first digit is clearly an “X” and the last is clearly a “F”. It is hard to tell the rest because it is painted one on top of the other but the next to the last digit looks to be an “O” with a horizontal line through the center. Possibly a 0. It looks to be 4 to 5 digits long and may include a “I” “H” or “W” on the left after the first digit “X”. The bumperette was not helpful here. Final thing is there is a yellow triangle with the point down on the front bumper just to the right of the unit marking. There was also one on the drivers side under the fuel tank filler.

I would love to put the original markings back on so would appreciate any help with the unit marking.

You should consult AR850-5; I can't decipher your markings as they don't follow any pattern I recognize.
An X is for the Division, but they are all numbered; an X would not be first.
F is for Field Artillery.
Triangles are Tank units, but upside down ones?
Your jeep was in the HQ but you knew that.
U. S. Army 28 years.
Armor Branch
Top

Very interesting. I felt for sure it was original. Thank you for the info. I will take a look and also see if my daughter can get me a picture to post.
Top

I didn't say it wasn't original; there are many units especially NG ones, that didn't follow the AR.
U. S. Army 28 years.
Armor Branch
Top

I got a little help from the younger generation. I know the right side is HQ 16. Any thoughts or suggestions on the left side or the triangle? 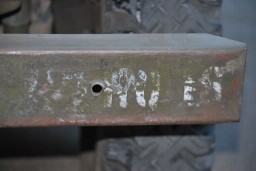 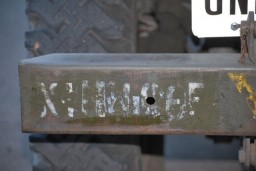 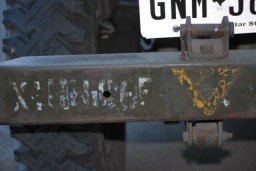 Looks like they painted the HQ16 on the wrong side and then the Sergeant said to paint that over and start again.
No idea what an X in front means. X is the symbol for an Army Division but they all have a number first.
U. S. Army 28 years.
Armor Branch
Top

I hate to ask again but I believe the marking is XI - F400 or XI - F440. I did some research and am wondering if the XI stands for 11 Corps. The XI Army Corps were active in WWII, inactivated in March 1946, Organized Reserves redesignated in March 1948 as a Organized Reserve Corps, redesignated July 1952 as the Army Reserve, then redesignated in October 1957 as Headquarters, XI United States Army Corps. It was then withdrawn from the Army Reserve and allotted to the Regular Army with activation in November 1957 and finally inactivated in January 1968.

The jeep is a 1953 model which would fit in the period when it was in the Army Reserve and the HQ 16 designation \ repainting could have happened in late 1957 when the unit became headquarters or was reactivated. You may see something different than I do so all suggestions would be appreciated. 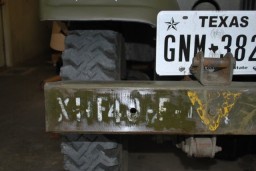 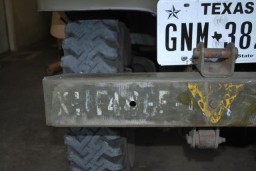 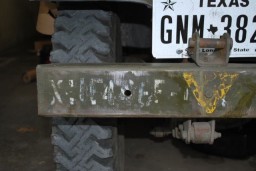 Return to “M38a1 Technical Knowledge Base”