Ford, Plymouth, Dodge - Wanted, For Sale (NO AUCTION or EBAY), and Knowledge Base
Post Reply
3 posts • Page 1 of 1

Time to start the blog before I loose photos and parts as I am known to do. Picked up 47 Packard Clipper that Bubba had painted OD green as some sort of staff car parade vehicle, but no markings or stars. Grey or silver under hood and on door and dash hidden trim, so it was a civilian Packard when it rolled off the assembly line.
Our intention is to get it as close as we can to a 42 Packard Clipper used by Eisenhower as his staff car during the D-Day invasion. Starting with the one photo of Ike and Brad as seen here.
The only major sheet metal difference between the 42 and 47 is the front center grill as Packard picked up post war production where it left off in 42. We have acquired a 42 grill piece and test fitted it, so this is on the agenda.

Still researching numbers and examining what we have as a starting point and what initial direction will be as far as lights, markings, interior options, etc.
But, right now, this is our starting point . . . then into the shop for a winter build. 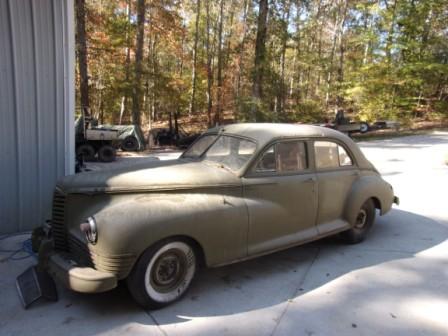 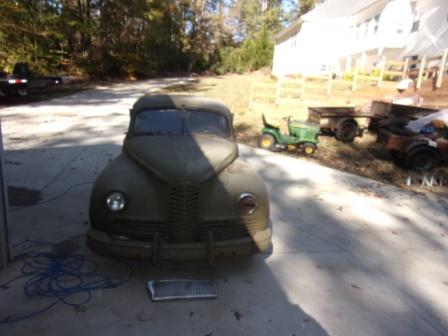 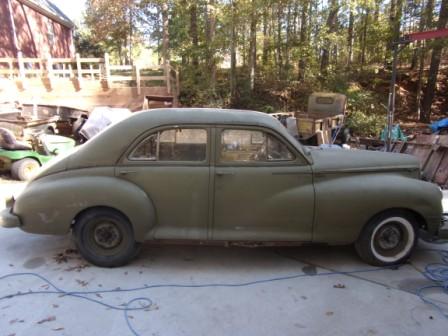 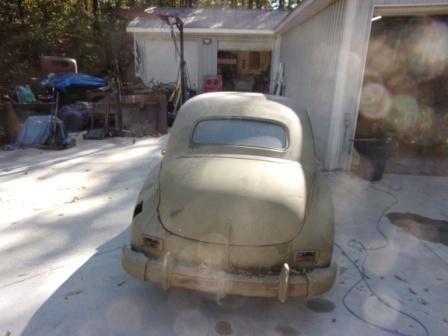 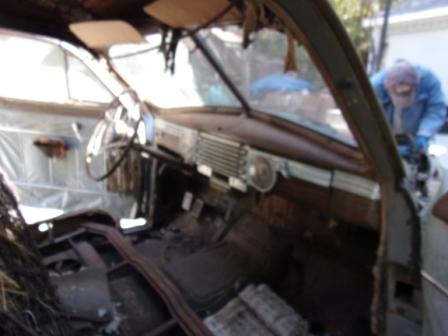 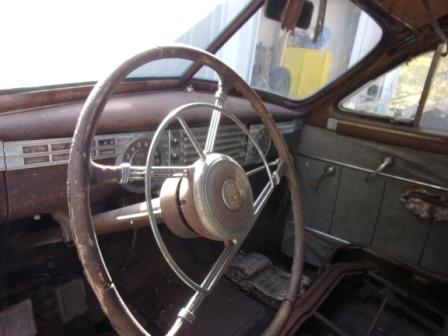 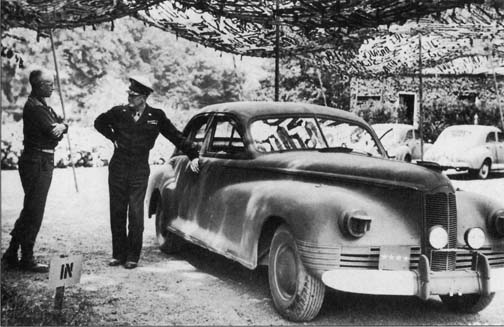 Cleaned up fender skirts and hubcaps. Pretty plain, but that's the military for you. The fender skirts really ad to the streamlined look of the Packard and are on Ike's Clipper according to the above photo. Also found this image today to give us some insights as to the interior. 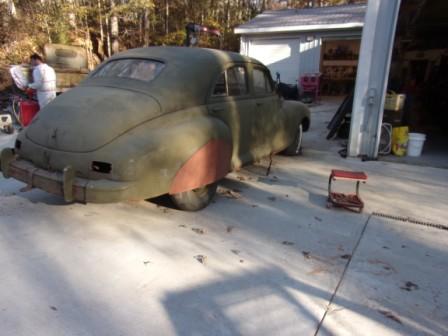 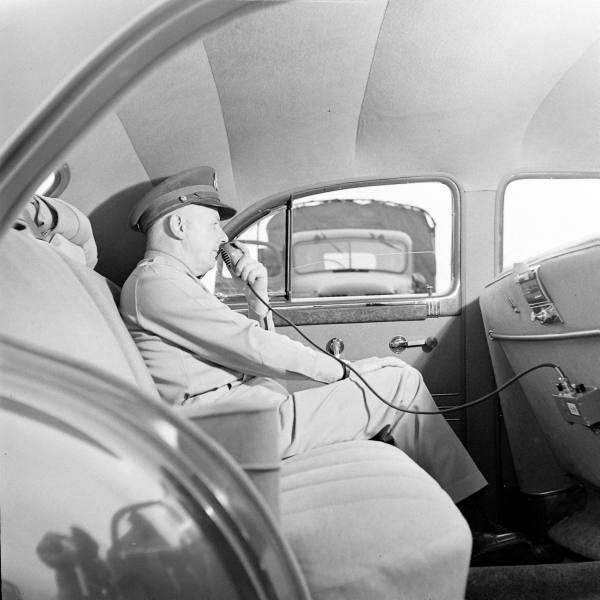