IMHO (you asked)
Get the 3a running, painted with local paint, enjoy it for what it is....learn how to do minor required replacement/upgrades on it (Mig welder is cheap and teach yourself a great skill) DO NOT try to convert it any further, just enjoy it and work on it a while...meanwhile saving your funds and looking for the M38 you always wanted, then save just a little more

Finally now that you have gained experience with the CJ3, your skillset in operating and owning the M38 will be that much better.
IMHO
V/R W Winget
Looking for 1918 Standard B 'Liberty' truck parts
Top

Consider buying a 3A body. There are plenty of buyers for a real jeep, not a wanabe (which is what you'd be creating) and the CJ-3 offers ability to embellish with a heater, top, doors, stereo, power outlet (Cigarette lighter socket or VAPE charger) , 12V system, cushioned seats, seatbelts....all sorts of things that make it a 'better' driver/play vehicle VS a plain Jane collectible, which the wanabe would really never be..

You would be surprised at how many heads get turned at the sight of a regular rather stock antique CJ-3 or CJ5 jeep that has no-super aggressive muders, NERF and roll bars and not jacked up high, etc.
Why does every jeep East of the Mississippi look like it's ready for the MOAB?

Bottom line it's your jeep, but they can all be fun if done with taste.
V/R W Winget
Looking for 1918 Standard B 'Liberty' truck parts
Top

Dude, buy a period. Or 50!
Welcome to vehicle restorations. Here is my first rule: Never add up all the costs for anything. You will just be frustrated and your wife will kill you. Just have fun with them.
Now, as for your situation; you need to get out from under what you have before you can buy an M38 is what I am hearing. I just remembered; I have a set of fenders I will give you that aren't terrible. From a 3b. But they are still attached and it is not with me, so it will be months before I being it here. You buy a floor and weld in; you are out a few hundred $.
Either learn to weld, or keep searching for cheap fenders.
Or sell it now, as is, to another ambitious newbie restorer. That is how I get a lot of my projects.
Unless you want to go and remove them.
Most of all, have fun; that is what they are for.
U. S. Army 28 years.
Armor Branch
Top

Keep looking and you can find a true M38 for a lot less than 5-6k and you will end up with a true M38 and not a hybrid.
Gook luck,
Kendall
Top

IA wise man once told me, "you can take a civilian jeep and make it look military, but it will never be military". If that is your end goal, then skip the mud crawler, ranch rumbler, prarie pusher, desert fueler stuff and get an M38 or MB/GPW if you want the flat fender look. I'm taking two CJ3A's and one CJ3A and making a "Sarge" jeep salad. But it will always be just that.

There is a perceived benefit to having something right now to keep your interest peaked, I get that. So, like some have said, do something on the cheap, but don't try to fool yourself or anyone else. It will always be jeep salad. And keep your eye out for the real deal and be in a position to react quickly. Chances are you can always sell your salad to someone for what you have in it. Plenty of the "next generation" looking for exactly what you have to break into the hobby.

No one buys a mansion as their first home. They start small, create sweat equity, and then trade up and up and up. I suggest you consider this approach with your jeep hobby as well. We have all purchased someone elses project that has been sitting around their garage for 15 years while they try to get the time and money to create the Factory Class award winner. Instead of enjoying their jeep for 13 of those years. 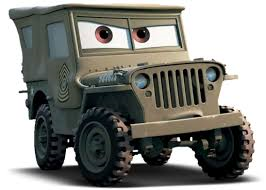 Before I spent money on my M38 I did a lot of research and decided I wanted a M38 --- and nothing but a M38. Then I was patient enough to wait for one I could start with. The first jeep of any kind I ever owned and I was 60 when I bought it.

If you want a CJ then buy a CJ (as much of one as you can afford, titled as a CJ). Go from there and take it as far as you want.

This hobby isn't cheap. Mistakes will be made. Great advice not to add up the cost, especially around a wife if you have one (because you might not for long). In my opinion, spending bucks trying to camouflage one into the other will be hard all-around and won't fool many (neither will the title) --- and it doesn't do much for the hobby in general. Are you aware that the M38 frame isn't the same as a CJ frame?

While you might end up with a nice, driveable, and enjoyable jeep "hybrid" (I wouldn't call it that), if that's what makes you happy --- then that's what makes America great! But if you end up with a Bubbafied mess that you can't sell for 25-cents on the dollar for what you put into it because it's neither a M38 or a CJ (just a bolted together collection of parts) --- don't say I didn't tell you!

By the way, I second the advice on buying periods! (Beverage out the nose when I read that). Your post has to be the l-o-n-g-e-s-t sentence without one that I've ever read in my life. Real stream of consciousnes stuff flowing on that one........

Hi roughneck,
Have you seen this original unmolested M38 for sale? It's been listed for a long time, and I heard the seller is pretty firm on the price (which is too high for it's condition), but it shows there's still some out there!

That one was way too much money IMHO. I have driven M38s home for less than that.

I have both! One original military issue M38 that has suffered a 12 V conversion, a roll bar and a paint job, other wise as original.

I have a CJ3A chassis with a M38 bone stock body on it. Almost all of the differences between the CJ chassis and M38 chassis have been addresses. Tie downs, regulator mounts, frame plates, engine compartment. It will always be a salad and I would never offer it as anything but. But I have had several offers for serious money for the salad. 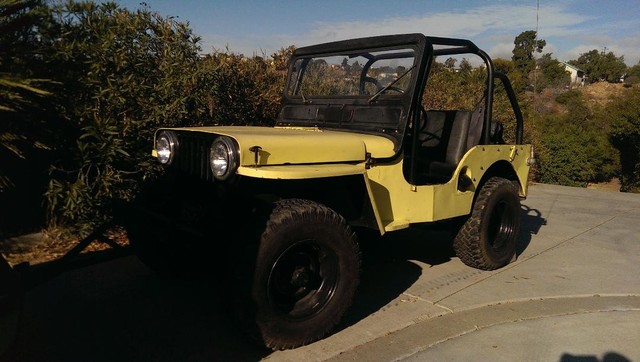 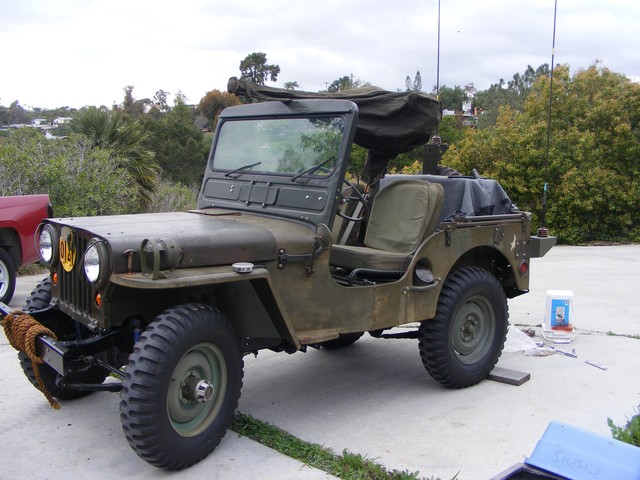 If a M38 is what you want, then go for it. But a word of caution. . . the last two jeeps that I had come through our shop were both M38's. Both first time military jeep owners. The 24v and the fording kit with all the vacuum lines and vent issues is a learning curve for the most advanced owners. It's a tough nut to crack for your first military vehicle, IMO. The GPW/MB is very forgiving and in either 6v or 12v form, a very basic vehicle. The M38A1 in either the 12v or 24v variant is also an easy jeep to restore and maintain. The M38, to me, is a nice jeep and not as common as others, but it would not be my first choice for my first jeep.

JMZ421
Sergeant Major of the Gee

I could not agree more with the prior post. At minimum you need to start a M38 at least once a week to keep the carb in good condition and you need to purchase a battery maintainer to keep the batteries from going dead. You cannot have any vacuum leaks. One look at all the questions I asked over the last few years should explain it all. But,it's fun and I enjoy it and I would do it all over again. If you can find the money to purchase a more complete M38 then all the stock components should be there and it becomes more of a maintenance issue and not a guessing game to how things are supposed to be. Hope that makes sense. John
Top

"Your results may vary" Both of mine undergo weeks if not months between being run. No issues here with starting, batteries (un tendered) or anything else. They are in SoCal in garages though.

The M38 is arguably the best of the flat fender Jeeps. The only flat fender, or any type of Jeep for that matter, to be awarded the Industrial Art award.

I can't rate the 3B above the M38 due to it just being plain fugly.