For posting of Trailer, Towed Artillery and Hand Carts. As Found, Restored or Present Condition
Post Reply
8 posts • Page 1 of 1

Thanks for posting the three pictures of bomb trucks and trailers.
The third one from Guadalcanal shows a Bomb truck and trailer
that is interesting. I have seen a surviving example of the trailer
here on the G503. I wonder if the truck is a 4X4 Ford. I Have only
seen one other example in a WW2 photo book.
Top

Dont like saying this out loud but about 35 Years ago (makes me feel old) My Dad, brother and I were on our typical hunt for Military vehicles in Washington State and there were two Bomb Trucks in a field. One was the standard GTB and the other was one of the civilian versions like the one pictured. Defiantly Military and not just a farmer conversion. I was like Dad can you buy that for me just like most 12 year olds. He didnt. Will see if I can find the picture of it.
Craig..The newcomer Johnson

Came across these today from my Brother scanning in my old photos. Fort Benning, Georgia down by the Ranger Training BN in Harmony Church circa late 1987. (i disappeared a few years later so don't bother looking for it there) It did not follow me home, 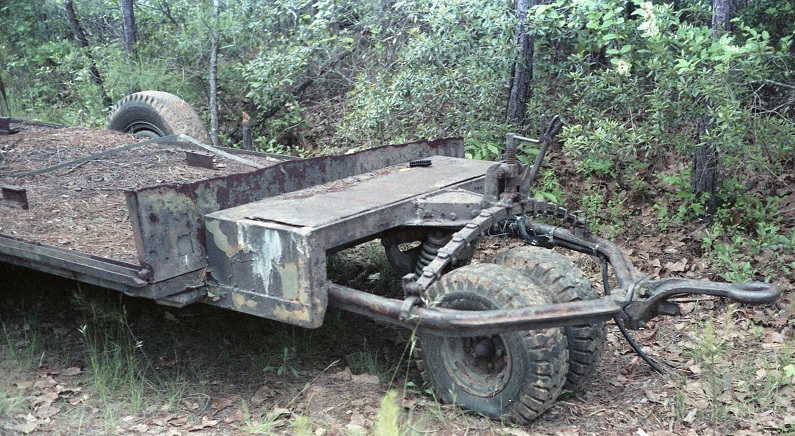 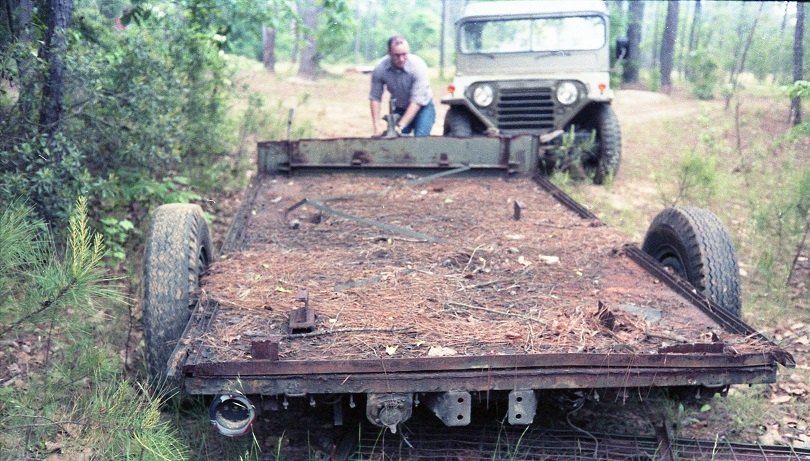 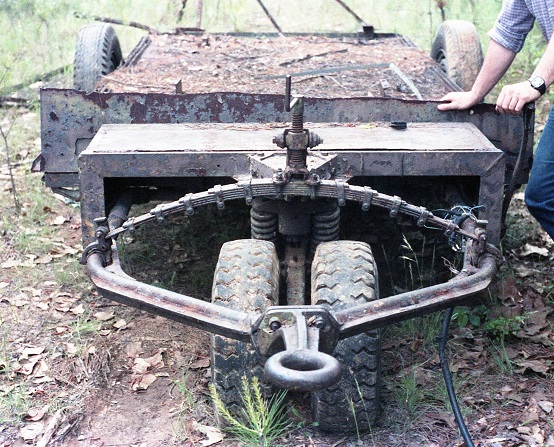