Original situations that could be reenacted

I guess that the jeep clutch did not like that exercise 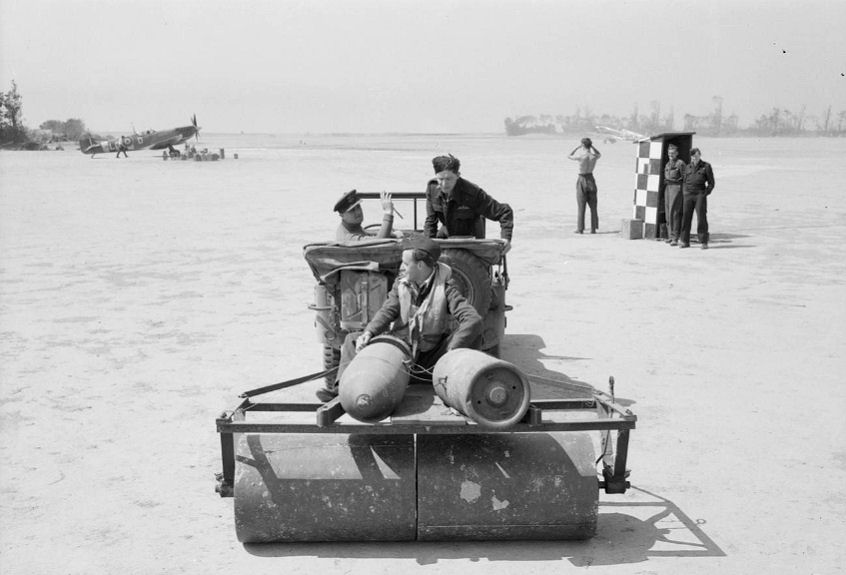 France at Longues-sur-Mer
Australian pilots of the 453rd Squadron help to flatten the airstrip .
The airstrip was active between June 21 to September 4, 1944
They loaded two 500lb bombs used to add weight to a locally acquired agricultural roller.
In the background, Spitfires of 602nd Squadron depart on an operation, watched by a runway controller working from a converted sentry box.

Here they are using the jeep as a motor for the the saw to cut trees !(55th Fighter Group) 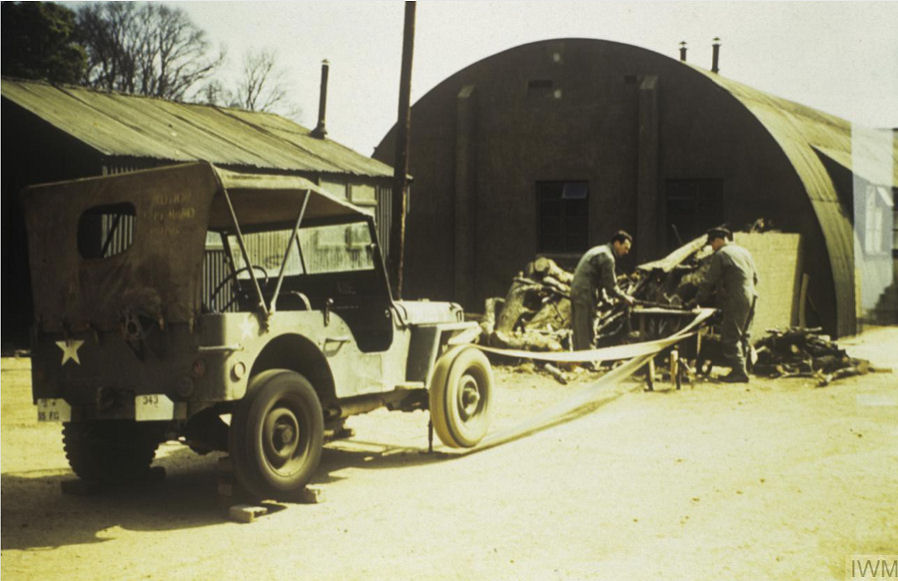 The jeep is so versatile Yves, i wouldnt saw wood up with mine though.

At least the absence of a diff lock has one small advantage.
Toby


Yes sure, also for a field laundry machine

!
British ingenuity .
No jack, no problem, let's use a wooden box. 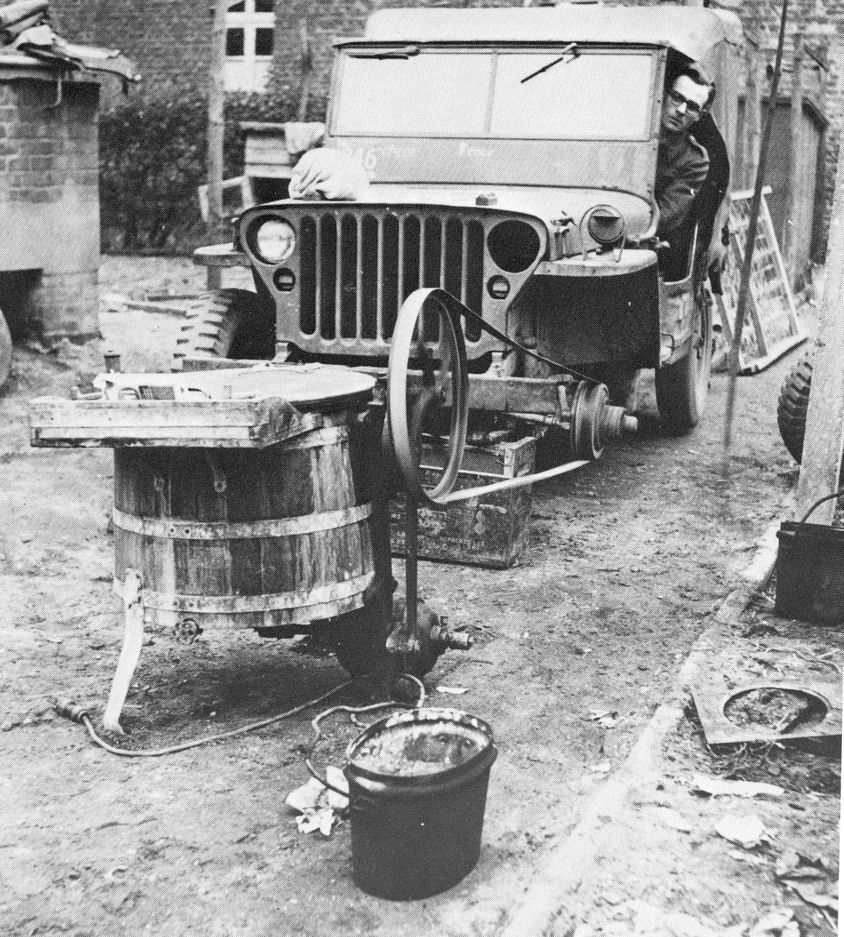