and other stuff up in the air
Post Reply
30 posts

I was stationed with 117th ahc maintenance platoon at plantation 70-71 and got my photos digitized. I'll add what i got over the next month if its ok? 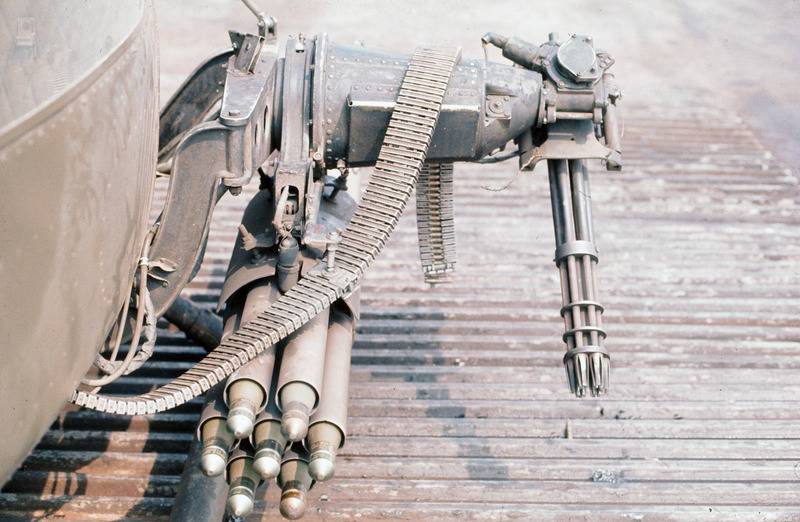 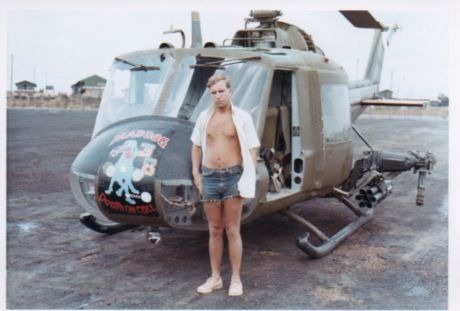 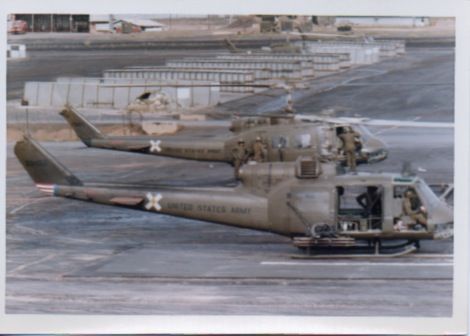 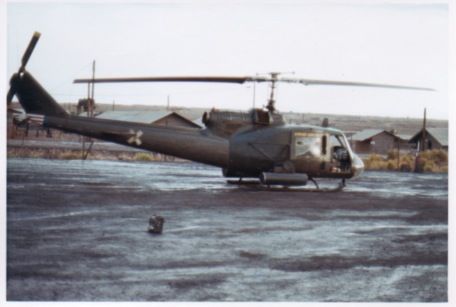 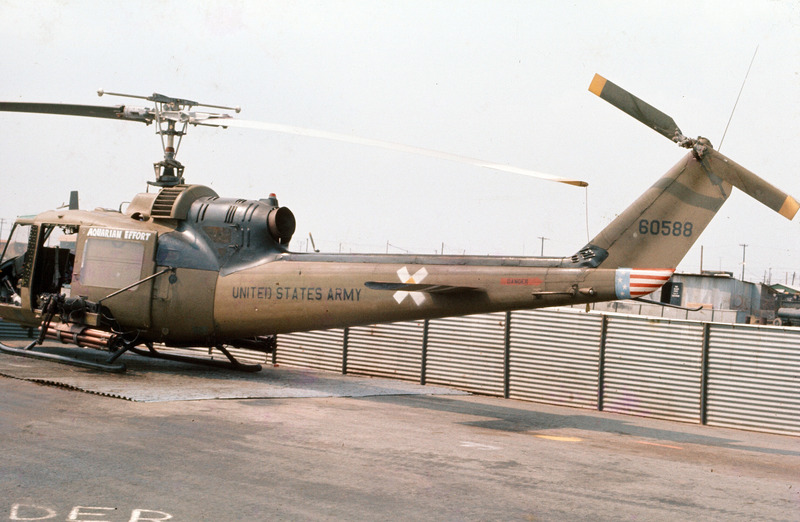 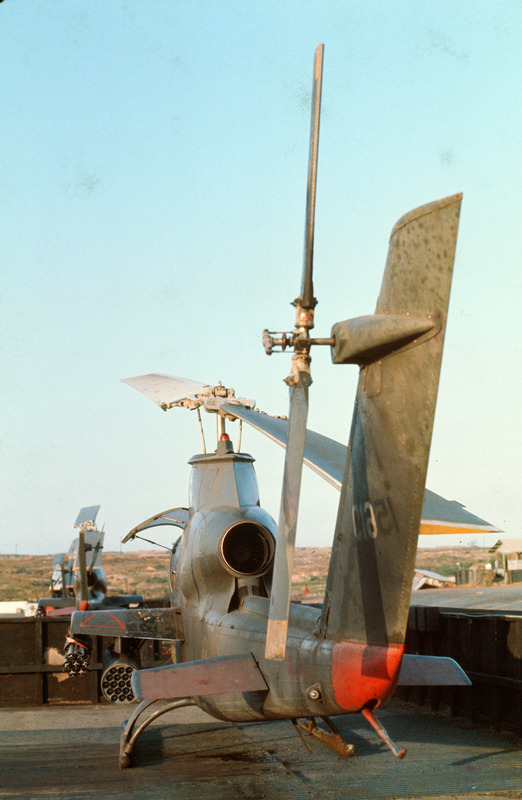 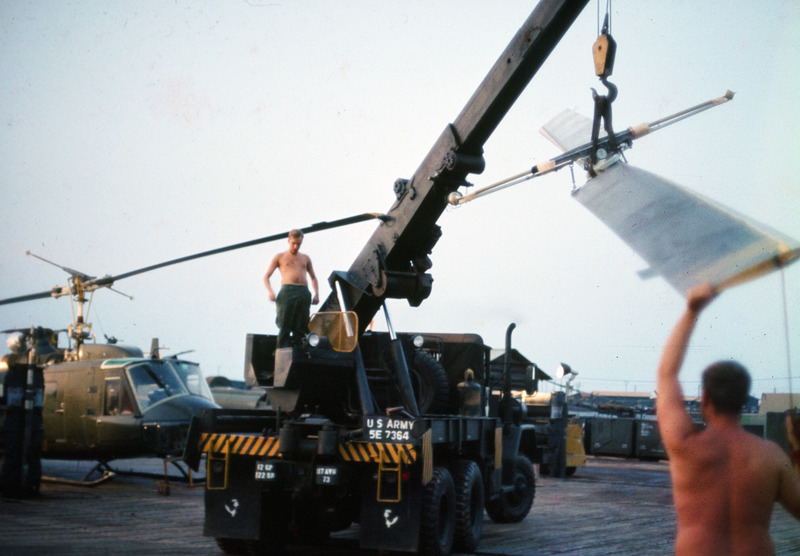 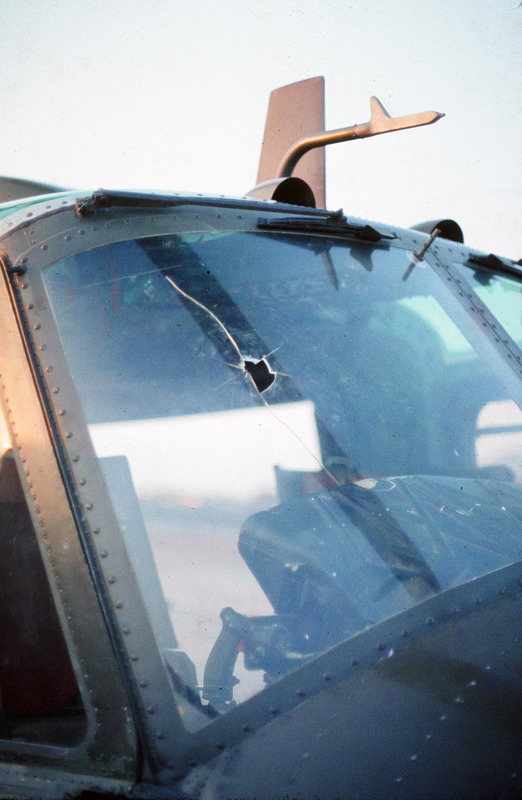 this platoon coming in to fueling area. 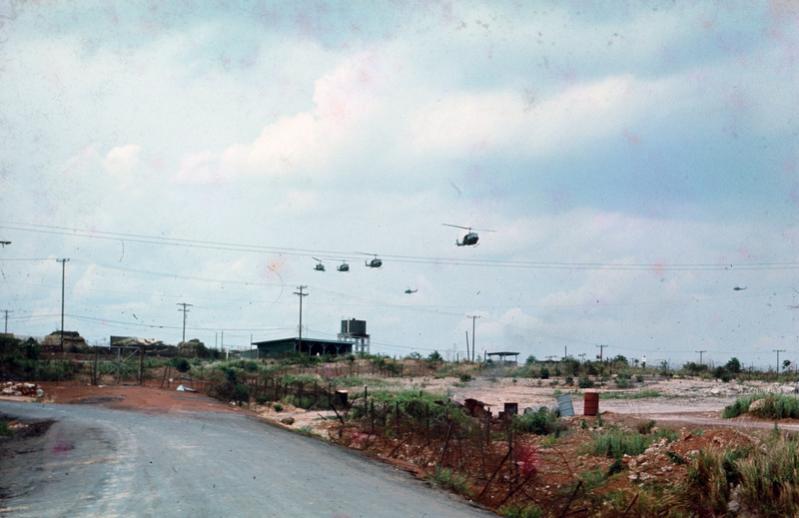 all part of plantation airfield, i don't member if our A O is in this shot. i didn't fly much, only engine test flights. 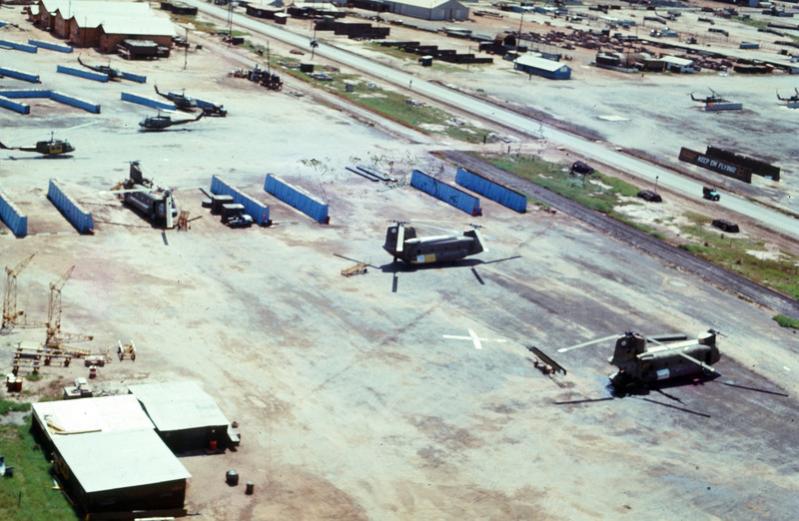 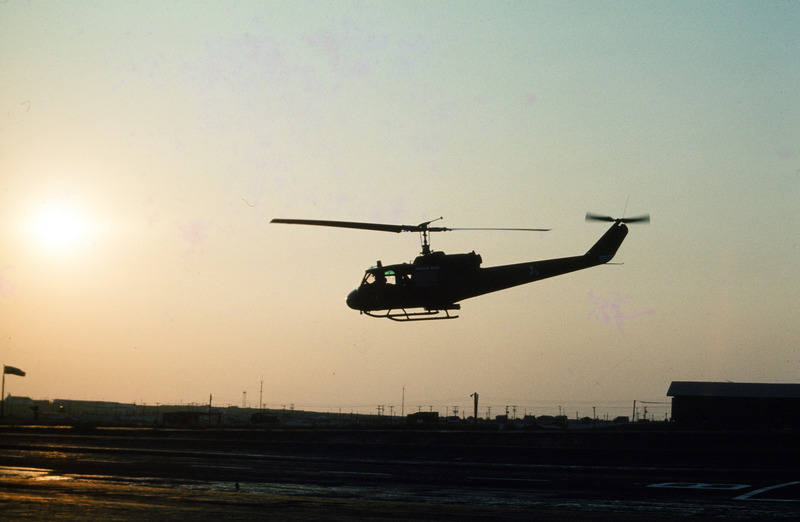 Those are the memories !!
I almost forgot how flat it was, down south.
Local Museum, at Grissom AFB, has a Huey that flies over on occasion. I can hear it coming miles out. I can be in a conversation with a customer and I stop, go out and watch it go over. By now I think most of them understand.
Great pictures !!
Going to have to look into digitizing.
I have a lot of pictures. Polaroid and toward the end of my tour, I bought a 35mm camera. Some print and some slides.
Mike Wolford
CJ-2A
VEP GPW
Comm./Inst. SEL
AOPA ( 45 yrs)
EAA ( 45 yrs)
4th Inf. Div. - 5th Inf. Div. - 2nd Armor Div. - CIB
Top 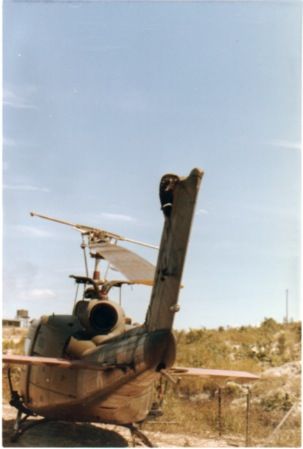 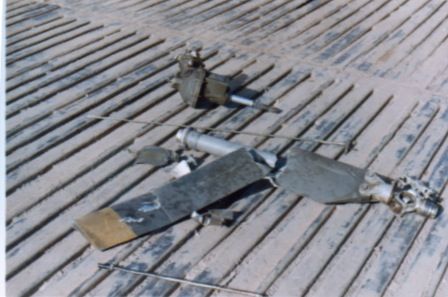 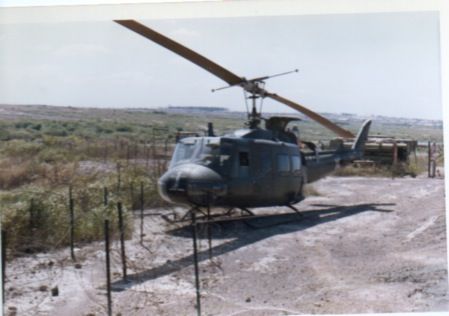 Bien hoa air force base not far from long binh. 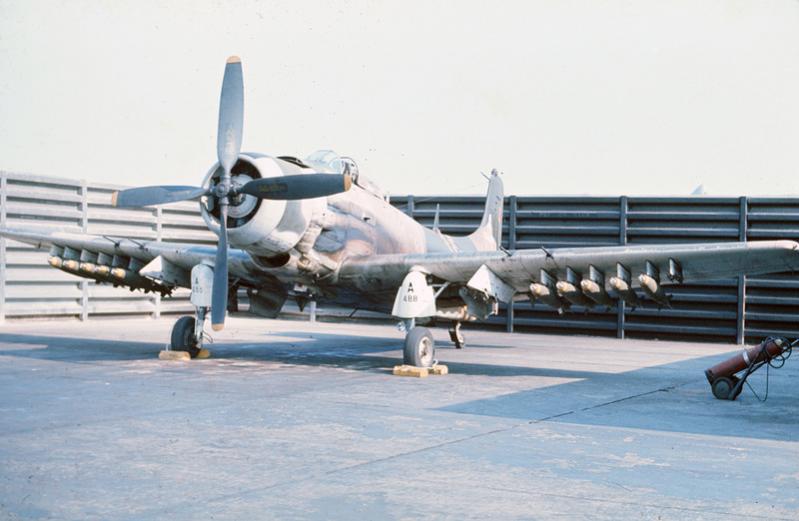 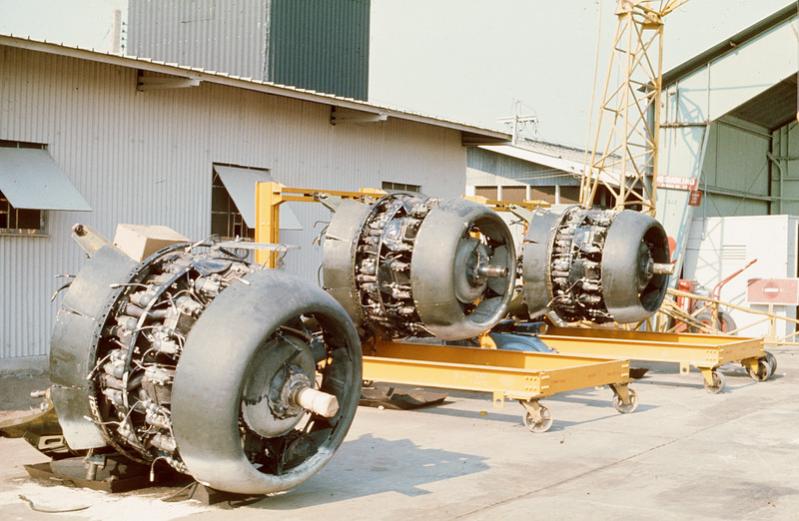 Bet the Huey pilot ( and crew) was happy that happened where it did.
A hundred yards without a tail rotor can be a long way !
If that is where he set it down, was like landing in a Pungy Stake pit.
Skyraiders were fun to watch also. 54 cylinders in that last picture !

I should splain rotor fail better. He had just left fueling area and on rollout whambam! He put it down on the road... well i don't think he had time to really do any thinking about where, it just ended up there. Plantation fueling area is 100 yards from where its sitting and maintenance A O 100 yards the other direction. Heres fueling area, photo taken while i was on perimeter tower guard duty, see road between fuel area and revetments, it ended up bout 100 yards up that road upwind. thanks 4 ur interest. i see my better larger photos were digitized from my slides and the smaller pics are scans of my paper pics. bummer.
bad ass charlie model, our AHC, 1st in-last out and last to use c-models there.

Really enjoyed looking at these, thanks for posting.
Top

Great photo's! It seems the driver's doors have been removed from the gunships in the last pic?
Top

A lot of the Hueys, in Vietnam, had the doors removed. Just dead weight and was in the way of the weapon mounts and some operations.
Made several ACAs ( Air Combat Assaults ) with my feet hanging out the door and my 60 laying in my lap. Machine gunner, his ammo bearer and the RTO were the first out. When we got on the ground, we wanted out and find cover. Start laying down cover fire, if needed. No time to mess around opening a door.
( I know. I was a (mech ) infantry guy, but we did not always go out on an APC. )
Some times, if the pilot was not sure of the landing surface, he would just go down to a low hover, just above what ever he was hovering over. If grass and with the rotor down wash, it was hard to tell how far it was to the ground. Once, while doing this, we thought the skids were just a foot or so off the ground. Turned out to be about 10 ft. tall "Elephant Grass". That was a shock in full combat gear !!
Also, when hovering, we tried to go out, one on each side, at the same time. If we jumped out one side at a time, it gave the pilot real fits. Not to mention, if the chopper was rocking back and forth, the rotor tips were dipping !!

Its 1 of our ships, door just slid back/open. note diagonal brace in both photos.
badass c-model

vj
Sergeant Major of the Gee

Thanks for all the great pictures, Also thank all for there service . I was Army then National guard for 29 years, My last 15 years was full time working on huey then blackhawks with the guards. Most all our pilots were in Vietnam and then Iraq , A stan. We put the hueys and cobra,s out to paster. We got blackhawks , 58 Deltas and apachies they bad ass. I was put out paster well retired

I had all the time in the sky I want.I the old man down the road. I am a happy man

I have got four running halftracks,plus 5 ton ww2 semi-truck,1943 willys jeep and other ww2 vehicles,plus a lot of parts to trade on. Wendell in Tn.
Top

I meant the pilot's doors; was there a specific reason for that?

If there's one thing I learned from watching 'Tour of Duty' as a kid it was that all Huey's in Vietnam had open back doors and speakers blaring 'Fortunate Son' all the time!