I don't know which is greater, your fabrication or photography skills. Amazing stuff.

Forgot to mention I used to build dioramas as a hobby min Middle/high school, go fairly decent at it, now I wish I still had them (like just about every other person in America, I think my mom threw them out at some point). I can appreciate some of the detail you put into your work, especially the weathering techniques. 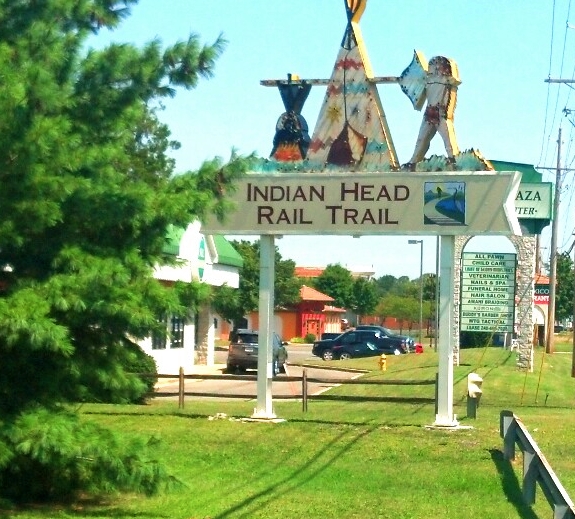 In what I essentially consider a staging area, there's a window right behind everything for part of it. If the lighting is right, I can open the blinds and just at the right angle, get something like this: 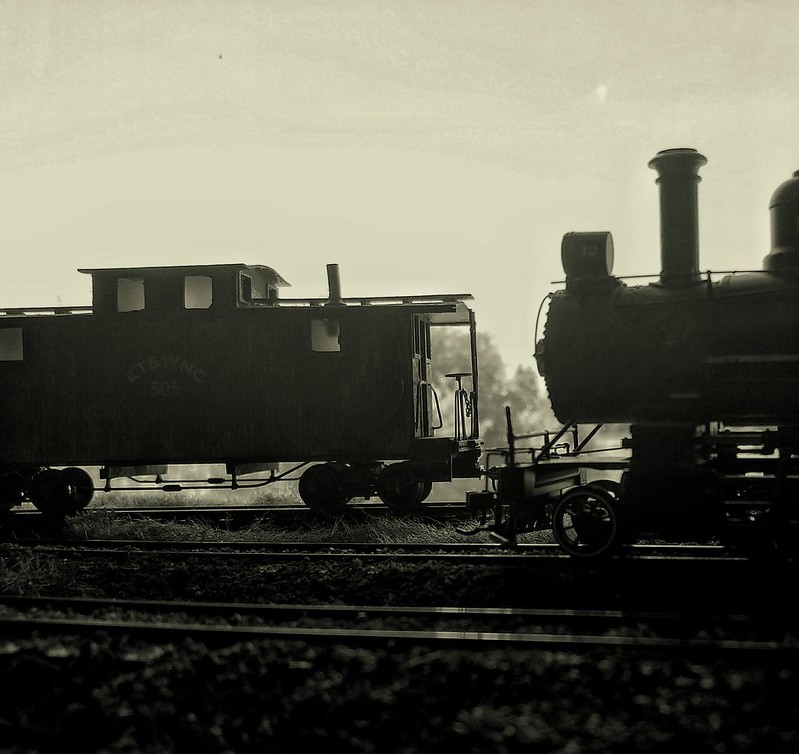 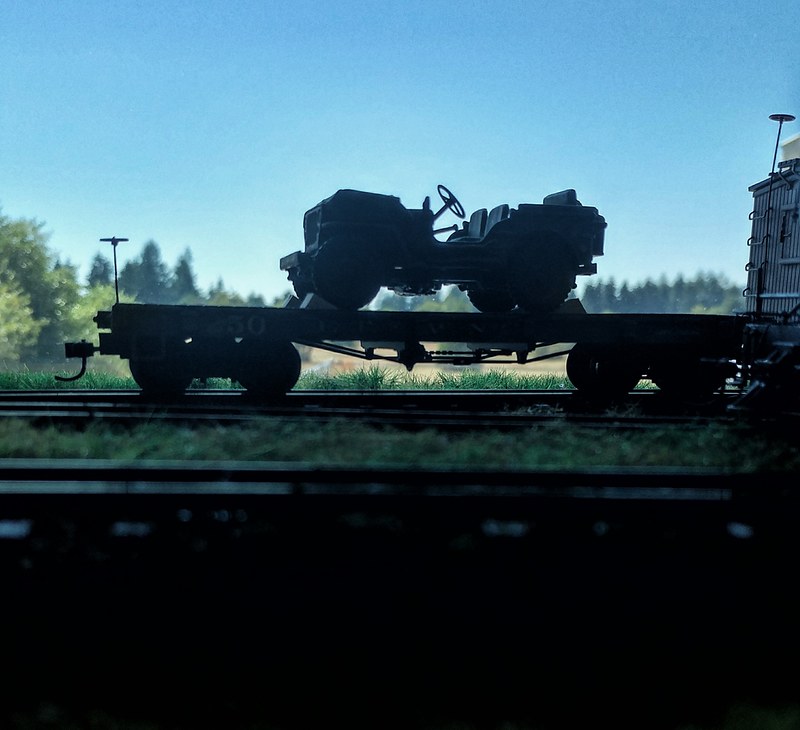 I took a few more photos with my cell last night… 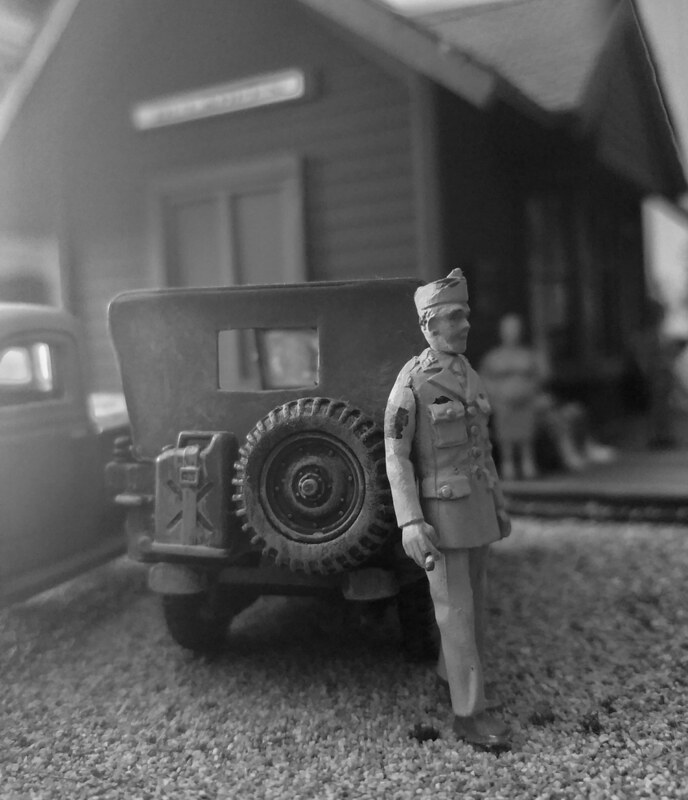 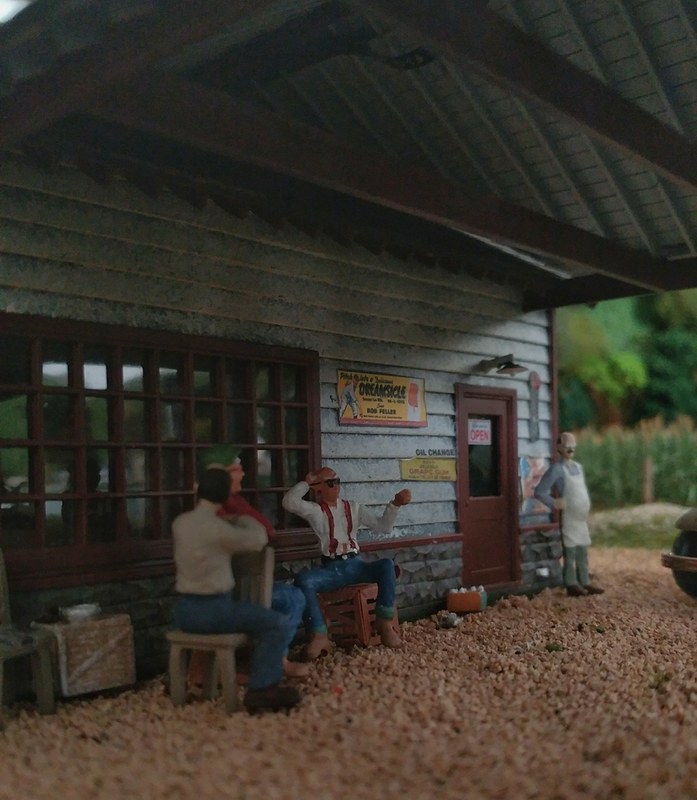 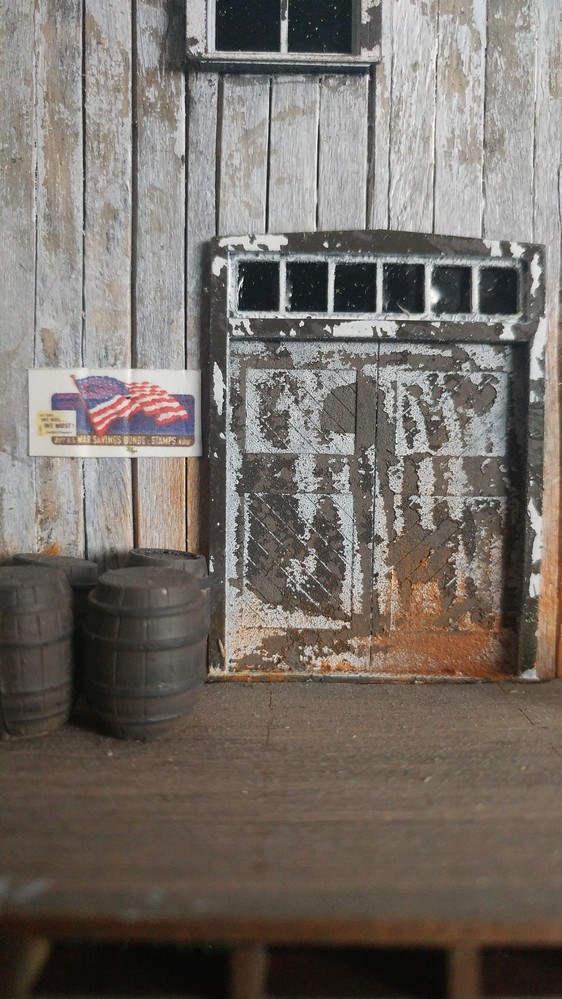 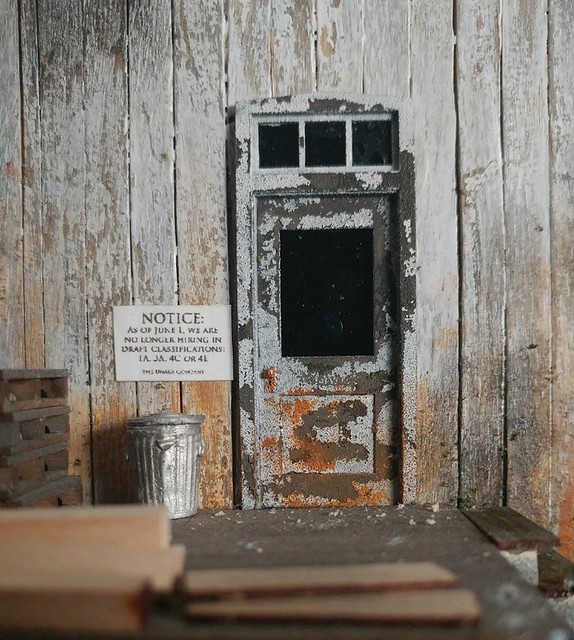 August, 1943:
The old men are hanging around at the Grindstaff store at Sadie, TN, talking about the raging war "across the water," some comparing it to their time in France in 1917. A farmer digs out his ration card for his aging pickup truck, thankful that the tires are still in good shape. 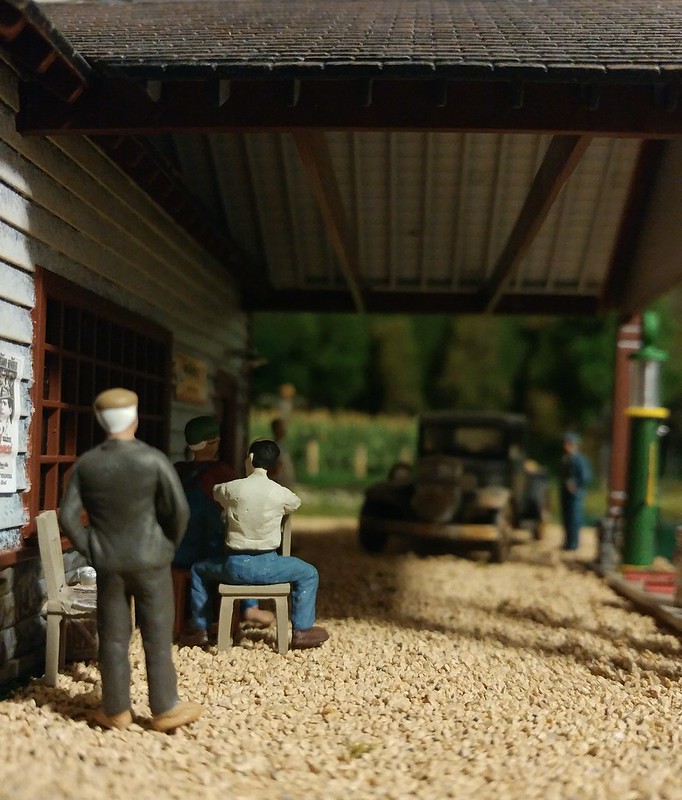 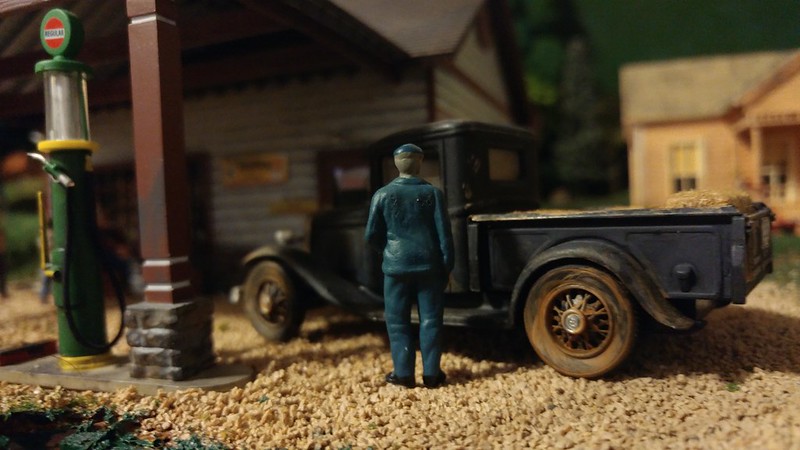 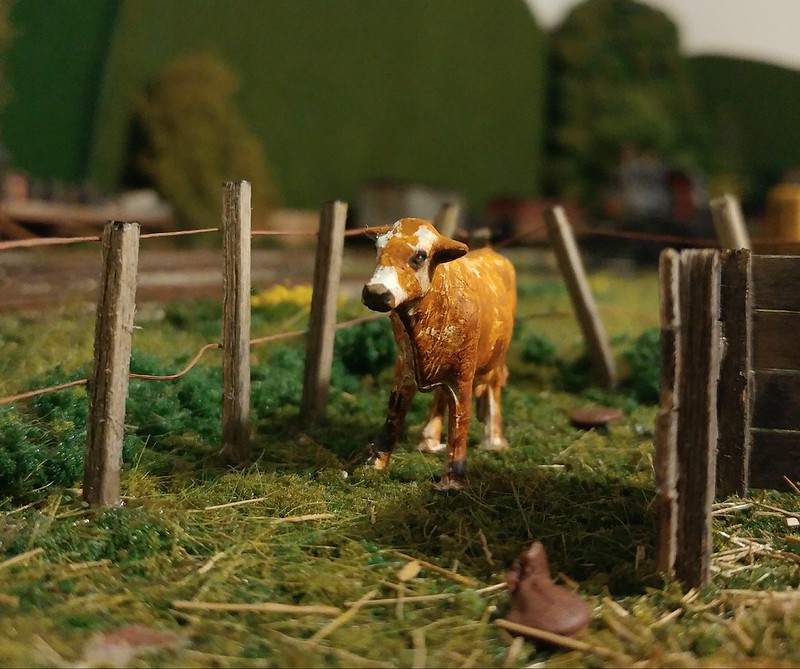 I was playing around with the cell yesterday afternoon (my trains weren't running for much of the weekend due to a bad breaker in the panel that ran just the plugs in this and two other bedrooms, but it got fixed) and got this once I was able to power everything up again.

Over the weekend, I stripped off what never looked like a realistic walkway to the back of the Buladeen, TN depot.
I scraped out a realistic path, then laid in some real soil from the area I model, added static grass and I think it looks much better than before... 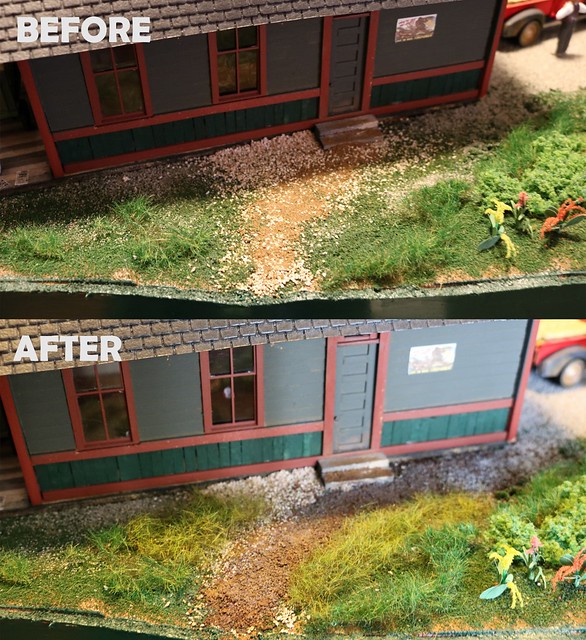 Thank you very much.
It went from pile of lumber to "green and lumpy" in just over 2 years. I did something every single day I was home, no matter how small.
Yes, for this hobby that's unusual, and most people who have built a layout are surprised to hear that. Once said I'd made more progress in 2 years than many make in 20
1944 Willys MB #366014
MVPA, REMF, former US Army Captain
Top

In an attempt to keep my mind off the hurricane that is rolling into my parent's area right now (also where I grew up and have several friends in the area, NONE of whom are going to get out of the storm's way), I decided to make a new layout booklet. 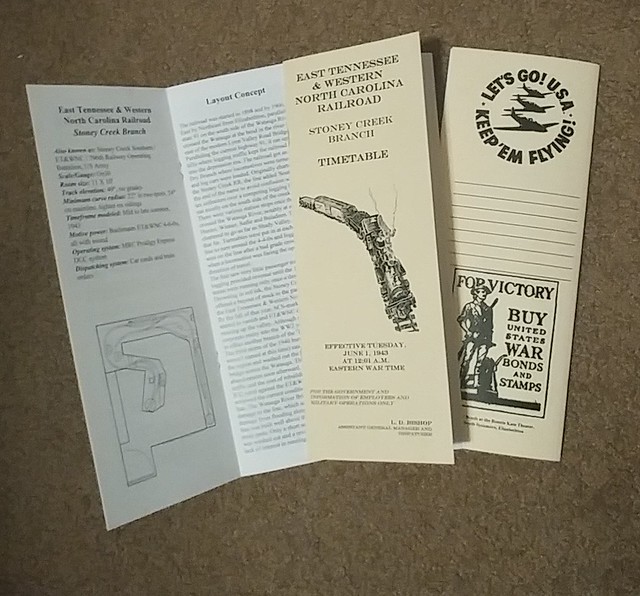 It looks like a timetable on the cover, but it's really a general guide to the layout for visitors. It has the fictional history of the line I model, a list of the magazine articles in which the layout has been featured, and some other information.
I had changed some typos, changed out some WW2-era ads, and put a new cover (with a drawing of a ET&WNC train, in place of the post-war ET&WNC logo that never looked right to me on the cover).
Every first-time operator to the layout gets one.
1944 Willys MB #366014
MVPA, REMF, former US Army Captain
Top

So, I was hanging around the Grindstaff store at Sadie, TN, just waiting for something to happen.
It was a little boring at first: 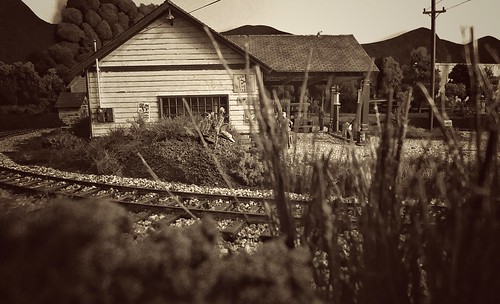 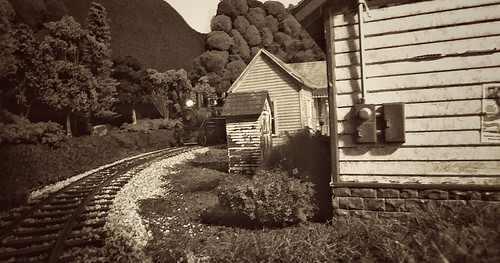 I haven't really spent much time on the layout over the past week, due to a new addition to the house-
Meet Sweet Pea! 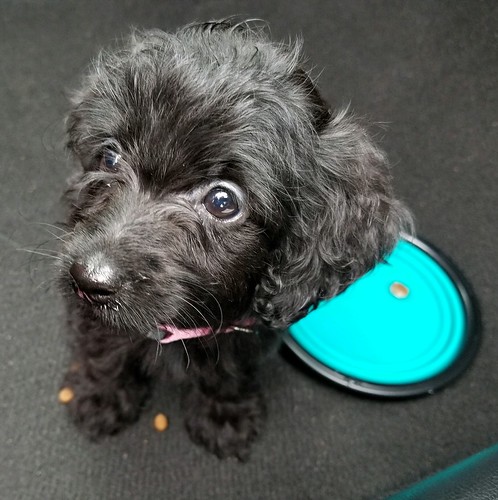 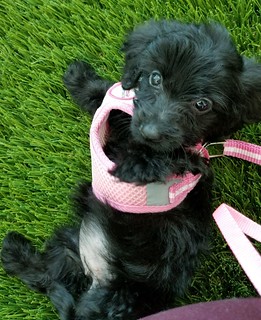 She's a dachshund/poodle crossbreed, 8 weeks old and only weighs just over a single pound. She's tiny but also SO cute!
We haven't had a puppy in many years so we're having to re-learn how to deal with one. So needless to say, she's taking up our time at the moment (which for the most part, I'm just fine with).
1944 Willys MB #366014
MVPA, REMF, former US Army Captain
Top

"Sweet Pea", Your southern is showing. 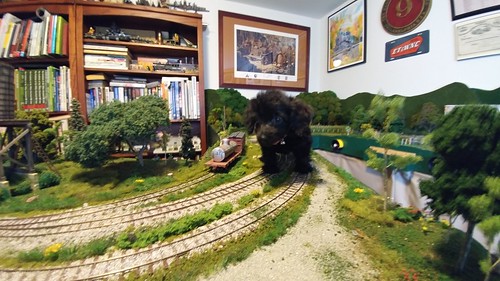 She was only paced on the layout, I leaned back and got the two shots, then got her back off the layout. There was no danger of her doing a triple-half-gainer off the layout, in case anyone is wondering. Poor thing, she was trying to figure out what this new surface was at that moment.
1944 Willys MB #366014
MVPA, REMF, former US Army Captain
Top

I haven't done much with the layout recently other than currently drilling holes to a few of the structures for the lighting
(I have the Woodland Scenics "Plug/Play" lighting system ready to go) as the new puppy takes up most of our time.
I did get these shots last night for the heck of it and liked how they turned out: 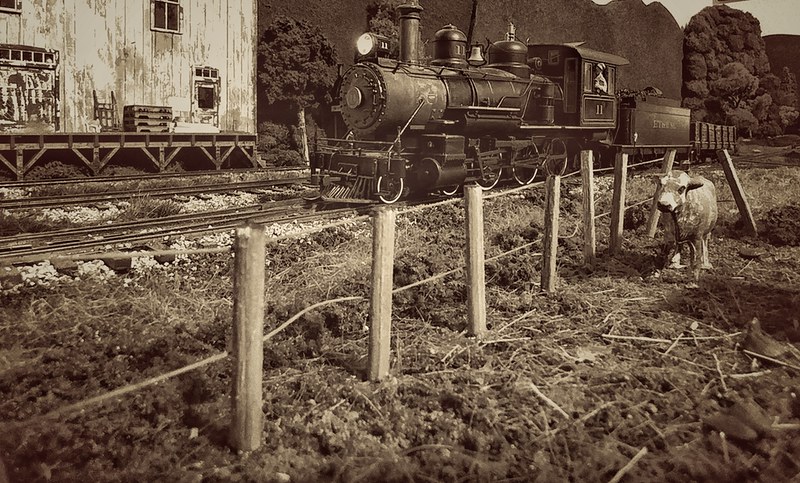