Photos of your Vehicles, Before, During & After
Post Reply
9 posts • Page 1 of 1

Recently bought a group of photos from a 18th MP Brigade vet.There were 17 photos of the Tet offensive attack on US Embassy.This 151 was in the group along with VC KIAs 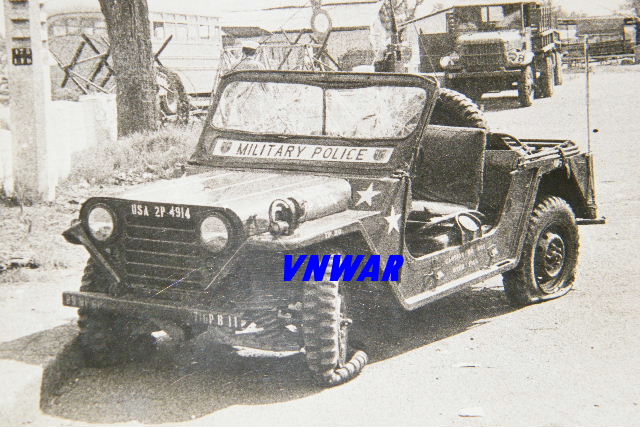 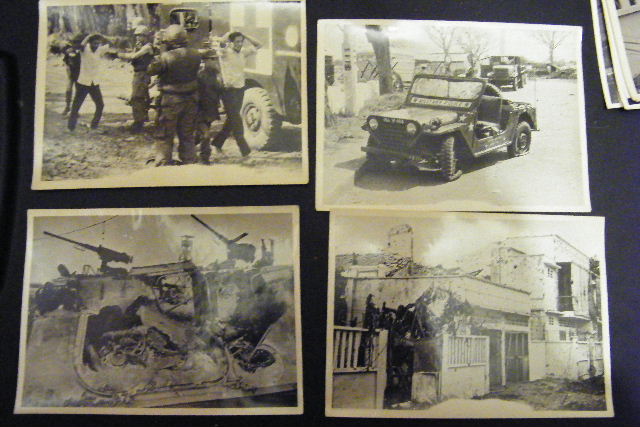 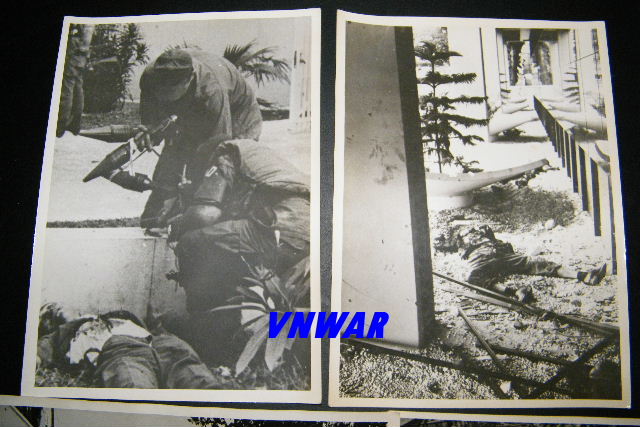 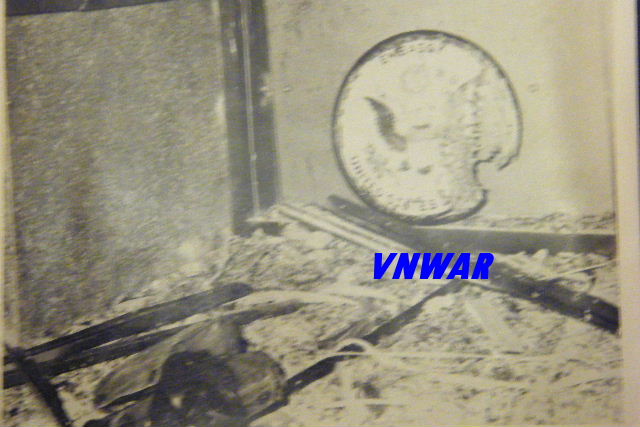 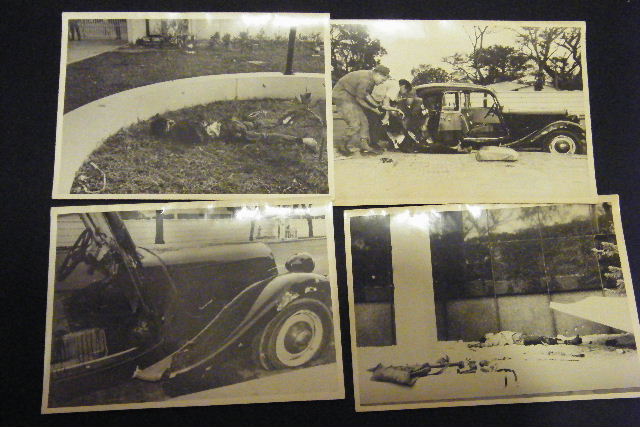 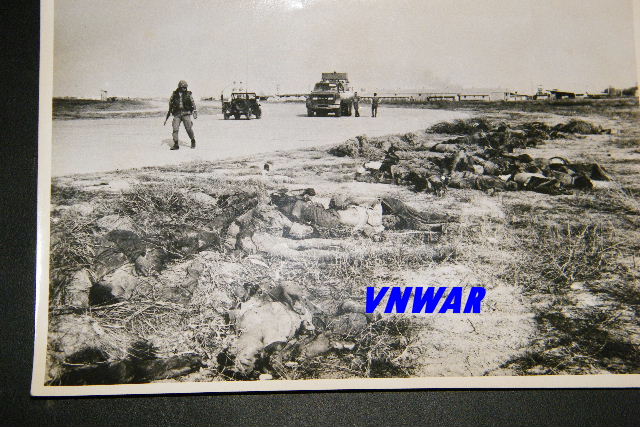 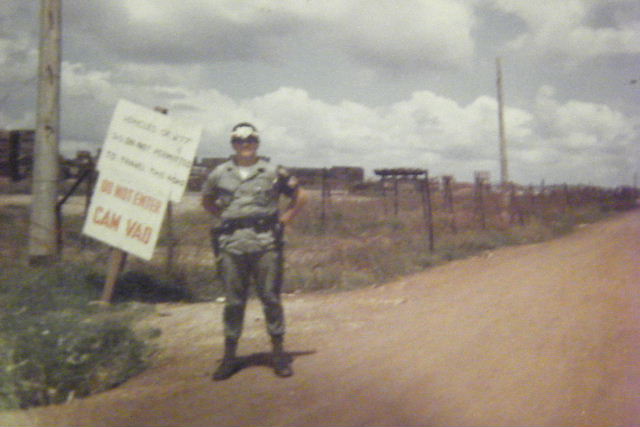 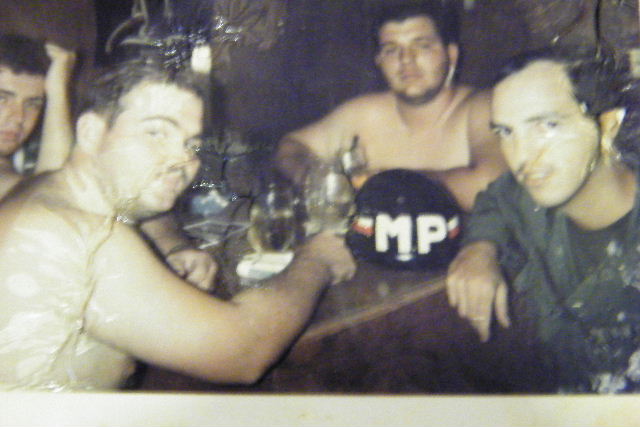 some of those, and many others, can be seen on the page i posted here.
Top

In the first group of four photos posted, in the lower left hand photo was that an M113?

Great post, i watched a TV series on Vietnam which was extremely interesting. The evacuation of the American Embassy had me gripped. And seeing those Hueys pushed over the side of the Aircraft carrier was unbelievable. As an afterthought how many helicopters were pushed into the sea ?
Top

My father passed away in Dec. He was a Navy physician. He was CO of 1st Hospital Company (Like Col. Potter).
In his little book of experiences, he wrote a lot about TET.
23rd Feb 1969: TET
0215 AM: Air horn sounded: 0300 standing out by bunker and the whole place lit up almost like daylight with flares. 1st Med. has dispatched ambulances (Thus close enough for ambulance evac.) and requested more surgeons, anesthesiologists and orthopods over there in A&S to help. Asked me If I’d like to scrub thus, I went over there too – A&S gradually filling up and a case ready to go in all 6 O.R.’s at 1st Med. Badly mangled, deeply shocked, patients quite in evidence on stretchers in A&S (Ambulatory and Suction?) – minor wounded overflowing to sick call & S&D. I helped c various little details. In S&D (Supply and Demand?) 0500 – 0530 we did exploratory lap, sutured lower laceration, A small sectoral laceration of small intestine while Boone & helper did bilateral below knee amputations and Jim debrided and packed multiple superficial wounds of arm – Pts. doing fair – in better shape than some – About 0600 – 0605 Rockets hit Air Field and ?? “Division Supply area". reports estimated the 1stn Mar. Div. TAOR (Tactical Area Of Responsibility) got 65 rockets and 200 mortars – NVA/VC tried for enemy bridge – got none – They got inside 26th Mar. Compound very quickly & ?? 11th Motor. They took the ASRD (Atlas Short Range Air Defence system ??) station & held briefly – 1st Med. ambulances still going to and from 11th Motors & 26th Mar. getting “sniped at” – Jim’s guess USMC 50 KIA’s & 200 WIA’s – since about 0230 – 0300 we’ve probably seen 100 thru A&S. 1st Med. 1st Hosp. O.R.’s ready to go but not enough anesthesiologist’s work bogged down – no mail in or out today all clerks assigned to security and on patrols or meeting –
23 Feb. ’69 2000 – How I hate to see nightfall – message and 1800 brief by 1st Lt. Napp – security officers predict more of last night – 1st Med. O.R.’s still going – The flare ships have begun dropping flares already. I’ll try to nap a couple or3 hrs.

He received a Bronze Star when he evacuated the compound when the ammo dump blew up April 27, 1969, and stayed with the patients that could'nt be moved.

It's a wonder he was able to sleep well when he returned home. TET was rough on everyone in Vienam.
Dave

My father in front of 1st Hospital Company Sign: 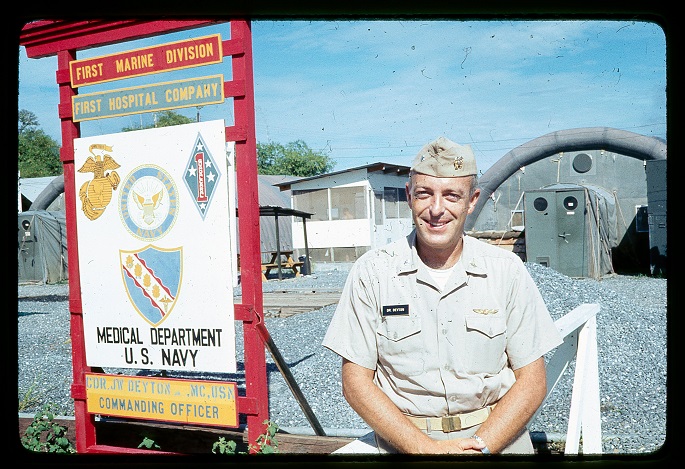 Dave
My condolences on the passing of your dad. Thanks for posting that.
Matt
Top

Mark Jesic wrote: ↑
Thu Aug 09, 2018 1:51 am
Great post, i watched a TV series on Vietnam which was extremely interesting. The evacuation of the American Embassy had me gripped. And seeing those Hueys pushed over the side of the Aircraft carrier was unbelievable. As an afterthought how many helicopters were pushed into the sea ?

A lot (all?) of those were ARVN machines who's pilots were trying to get themselves & the their families out of RVN as the Country fell. I have also wondered how many helicopters were dumped over board. A lot of S.Vietnamese aircraft also landed in Thailand and were promptly 'gifted' to the Thai Airforce.....
Matt
Top

Thanks for the reply Matt.