Ford, Plymouth, Dodge - Wanted, For Sale (NO AUCTION or EBAY), and Knowledge Base
Post Reply
4 posts • Page 1 of 1

I have after 12 years of deliberation of whether to do it or not, l have taken the plunge and painted my maroon 21a Olive drab.
It is a Super deluxe model, LHD with period radio, heater and clock which are staying for the moment, I’ve fabricated the rear b/o lamp mounts, 'Ford' wing mounted b/o light, fitted NDTyres, period sun visor ( to prevent the sun reflecting into the enemy’s eyes) period 'Ford' fire extinguisher, just the stars and serial number to go.....
If any of you guys have any in depth knowledge there are a few things I need to know...l was told there was an oil can bracket fitted under the hood (like on a jeep) if so, where? also a Ford truck horn replaced the twin horns, is that the same as a jeep?, and were jeep type olive light switches fitted instead of the ivory civilian knobs?, but the main thing is the dimensions of the I.d plate that’s screwed to the glove box so I can get it reproduced,( unless someone has one in their treasure box that they would be willing to part with).
The one thing that is baffling me is I can’t find a proper chassis number but on the engine support beam it’s stamped 11a which is the model of the ‘41 Ford. were early 21a models built on 11a chassis’s? 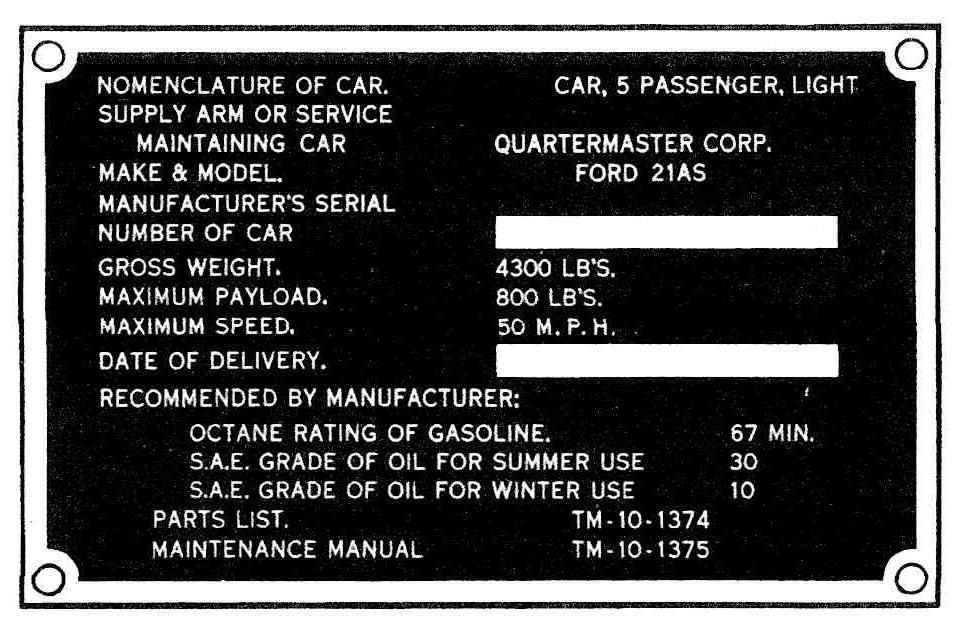 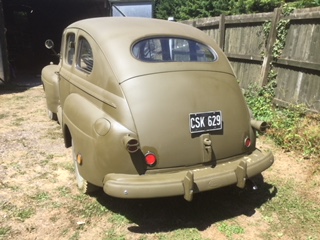 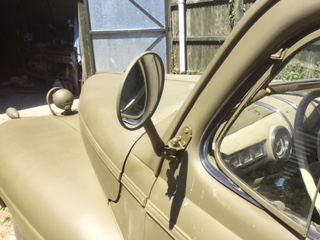 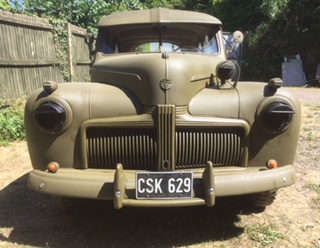 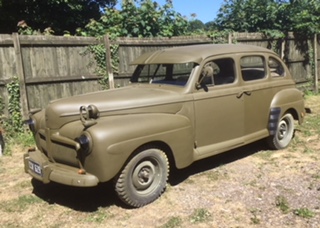 I have no knowledge of these, but your efforts look great.
Oz