If you have an unrestored WWII jeep, we would like to see pictures, and hear your comments. NO EBAY or COMMERCIAL SALES.
Post Reply
154 posts

My guess is that the number might be off by 10 or 20 days. You have me curious, though!
Sean

Well, the bonding straps are all installed. This is officially the last thing to complete the resto! Now time to officially enjoy. Next up? Memorial Day and the Reading MAAM WWII Weekend! Neither could come soon enough

The weather finally broke and I was able to take the GPW out twice so far this season (downside to living 130 miles from where the jeep lives - I only get 1 or 2 weekends a month to work on it or drive it!). So far it's been nothing but carefree fun! Just another reminder that the 3.5 years of hard work was completely worth it

Next weekend(s) to enjoy it? Memorial Day then the MAAM's WWII Weekend at the Reading, PA airport. Here's to hoping to next 4 weeks fly by!
Last edited by twinflyer17 on Fri Sep 01, 2017 6:48 am, edited 1 time in total.
Sean

Your GPW looks outstanding Sean, enjoy the fruits of your labor!

Thanks guys! And if only this was a $50 jeep-in-a-crate...would've saved me a ton on the overall resto cost!!

Did you save the crate? Even that would be worth a bunch!

Is it true real Jeeps have flat fenders?
Alone cannot you it resist!
Top

Fortyeight2A wrote:Did you save the crate? Even that would be worth a bunch!

I've spent the last few weeks helping a friend in D.C. work on his 45' MB. Initially, I went over to his place in late February to meet in person (we crossed paths on the G), check out the jeep, and go for a spin around the city. At the end of the ride, though, we realized that antifreeze was leaking from the engine. Upon initial inspection, it looked as though it was coming from the head gasket. So, a couple weeks later I helped him put a new head gasket on, we fired up the jeep, and...more antifreeze was leaking. This time, however, I realized it was coming from a small crack in the block above the distributor, and not the head gasket. Upon more research on the G we realized that this is a common place for cracks to appear and decided to attempt a fix with pins/lock-n-stitch. The biggest problem was trying to remove the distributor, though. Long story short, he decided to forego the engine fix and purchase a rebuilt 45' MB engine and swap out the old engine. I've spent the last couple of weekends with him pulling the old engine and putting the new one in, and hopefully this weekend we'll finally get it running and properly timed.

The fate of the old engine? Well, we made a deal and I've now finally got a GPW engine for my GPW. I'm in no rush to do anything with it now, but the plan is a full rebuild to replace the current 46' CJ engine (current engine runs like a top). When we had the head gasket off I didn't see any markings on the pistons to indicate the engine has ever been rebuilt, though I wasn't looking very hard. Regardless, I know it's a solid block (with the exception of the crack) and will be a good fit for my GPW.

I had my brother come down to D.C. to help with the engine install last weekend, and bring the engine back north, so I'll plan to post more pictures of it when I'm back in PA over Memorial Day weekend.
Last edited by twinflyer17 on Fri Sep 01, 2017 6:49 am, edited 1 time in total.
Sean

Thanks, Photobucket. I really appreciate 1.5 years of pictures lost...guess I'll need a rainy weekend to sit down and re-post these using a better hosting site...
Sean

Hi, this looks a cool thread but I can't see the pictures.
My jeep is also a Louisville one, (GPW108104)

Awesome! Always exciting to hear of another GPW so close in number to exist, especially overseas. What's your DOD? There's a really good chance ours came out of the factory on the same day. Was your exported from the US, or one that was likely there since the war? Original engine?

In regard to the pictures, I'm hoping some day in the near future (maybe the next rainy weekend) to repost a fair amount of the ones lost...
Sean

HI.
I don't know my DOD as my middle data plate is missing.
I do know that it was shipped on its wheels,
I also know the boxcar number and shipping contract number.
It also has its correct hood number.
Its all very interesting. 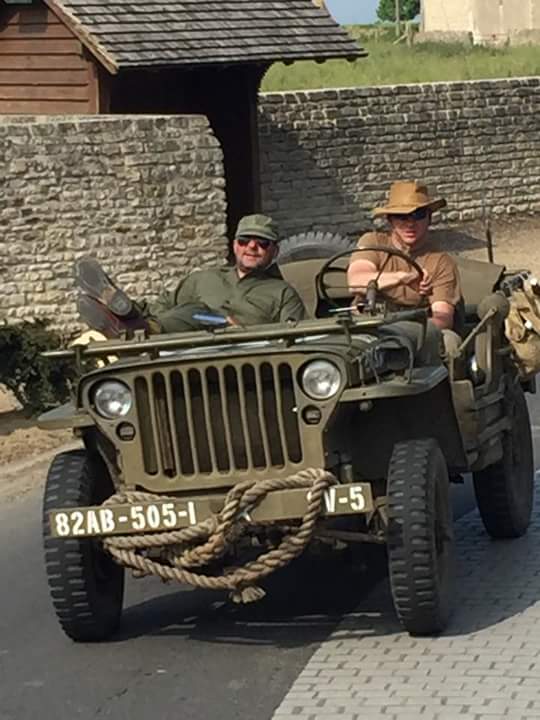 If you know that much about your GPW, you must have the USA as well....if you post that, perhaps we can sort out the DOD of your jeep....I think in the third week of April!

twinflyer....do you have the DOD and USA for your GPW and if so, can you post that info?
Chuck Lutz

Chuck, you have a private message.
Regards.