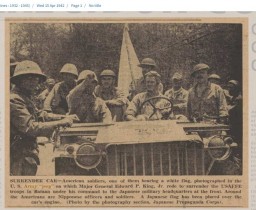 Re: BRC at Bataan

Re: BRC at Bataan

Yes, great historical BRC photo, but unfortunate circumstances. The Americans surrendering in this BRC had no idea that shortly after this photo was taken the Japanese would force American and Filipino prisoners to walk up the Bataan peninsula in what was later called the Bataan Death March.

Attached is another photo of the BRC taken at the same time in April 1942. 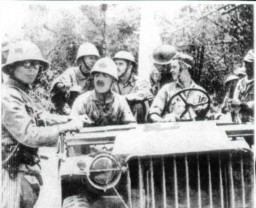