Holden ambulance jeeps; Hooks and rings or not?

Holden ambulance jeeps; Hooks and rings or not?

Gentlemen,
I have been putting together a file on the Holden ambulance conversions, with a mind to making a model of same.
I have 20+ photos of both ww2 and Korean era Holdens and many of the restored examples. I have no photos of
inservice holdens fitted with Marine corp hooks and rings.Yet many of the restored examples have the full set,
front and back.Is this a case of over restoration? or were some Holdens converted from navy/marine contract
jeeps. I have also read that the first batch of Holdens were slat grill jeeps converted .I have seen nothing of these,
I have seen Willys script bodies but these have glove boxes and are clearly not slat grills. Do any of the "Holden
gang " have any Photos of ether hooks and rings or slat grilled Holdens to share.
Any and all help is greatly appreciated.
best
Aaron
Top

I'm sure the USMC ambulance jeep guys will chime in sooner or later but you should look at the USMC and NAVY registration numbers here.

I have a photo of USMC 45669 from the back and you can see the top of the ring brackets.

I have an opinion... based on observation of the various photos and actual jeeps I have looked at, and discussions with researchers and Ambulance jeep guys.

The first group was the Holden ambulance conversions and was done in Australia. The jeeps they used may have been MB-Marine or MB-NOM jeeps as they had registration numbers in that range, the earliest NOM I have documented is MB-118650. These MB-NOM jeeps had hooks and rings and some may have been available for conversion.

I assume you know that the some of the bolts for the hooks and rings are located in areas that have rivets on a standard jeep. I don't think the jeeps were modified to fit the hooks and rings in the last two groups but I cannot be sure if it is just USMC contract jeeps or if other jeeps were also used with the Holden contract. The first MB- NOM contract had 600+ jeeps... but I don't know how many Holden Ambulances were made at that time. Frank Steele would know.
MB-NAVY-MZ-1 352625 - 07/20/44 (DOD est.)
U.S.N. 133818
2nd place Restored Class 2008 Portland Convention
MVPA Hall of Fame - 2013
Top

As the owner of an original, restored USMC Ambulance jeep, I'll chime in here...

To my knowledge there were no slat grill Holden Ambulance jeeps. From my unofficial research (undocumented, mostly observation and gathering of fragmentary information), there were at three groups of Holden Ambulance jeep conversions;
1) About 200 early '42 Willys MB's with hooks and rings (making them Navy contract jeeps), and stamped grills. The ambulance conversions on this first group were done in Australia by Holden Motor Car company. There are several existing photos of ambulance jeeps in this group.
2) About 250 mid '43 to very early '44 Ford GPW's (this group is the most commonly seen today). Ambulance conversions on this group were probably done at Camp Pendleton in the US, by the Marine Corps using "stretcher kits" supplied by Holden. The Fords would have been delivered without hooks and rings since there were no Ford GPW Navy contract jeeps (Only the Willys NOM contract jeeps originally had the hooks and rings).
3) About 250 late '45 Willys MB's, again put together in the US using "stretcher kits" supplied by Holden. If the '45 Willys Holdens had hooks and rings, they would have to be Navy contract jeeps. (Maybe Mark T. can verify if there were any NOM's in '45?) I've seen pictures of at least one '45 Holden with hooks and rings. Owner installed or original - who knows?

Groups 2 and 3 should probably not be called "Holden" jeeps, since they were assembled in the US, not by Holden in Australia, but they have come to be identifed as "Holden" jeeps because of their distinctive and identifiable modifications.

One exception to the Willys hook and ring rule... My November '43 Ford had the hooks on it (no rings, just hooks) when I found it. Judging from the layers of paint on the jeep and the hooks, the hooks were probably installed while it was in service. Since Fords did not come with the hooks, I can only conclude they were salvaged off a Willys and installed on the Ford, perhaps while it was overseas. It also has body damage consistent with using a sling to hoist it aboard ship.

Frank Steel and others can add more info. Good luck with your model building.

Funny thing is there is an actual Holden 1/35 kit that came out a while ago. I am looking for one. I have one of the last batches and I know of 3-4 others. I have a large archive of photos and never have looked close for rings and hooks. I will have to look throught them.
WC12 Wc 27 2 K38s Mz2 ambulance jeep 2 M3a4s M1a1 Chemical Mortar cart T4e1 usmc cart convertible
Top 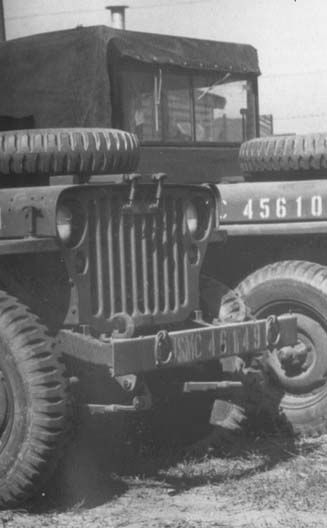 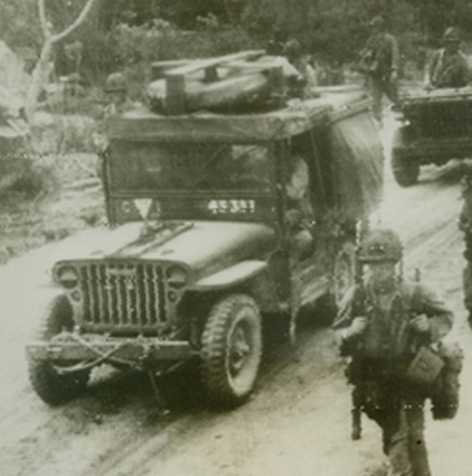 ..but it's true the hooks and rings are very rare on ambu jeep. I have a lot of photos on ambu jeep too but I have only these two.