2/14Marine
Sergeant Major of the Gee

I saw this on one of the USMC Jeep Pages on Facebook. Its an interesting story on a USMC jeep at Guadalcanal that was referred to as Old Faithful. I was wondering if anyone has heard of this Jeep. I decided to contact my friend at the Marine Corps Museum to see if it was still in their inventory. The few times I was there I didn't see it and didn't see it in there storage warehouse either. I heard back from my contact at the museum and unfortunately it's not there but provided this funny story. The story was featured in a Jeep commercial for the 75th Anniversary. Here is the link to the commercial and the response from the Museum.

Response from the Museum
Good to hear from you and thanks for thinking of us! Thanks for forwarding that article.

Here's a funny story (to me anyway) about that Jeep. A few years back, Patrick Foster contacted me and wanted to see if the Jeep is still around. Mr Foster was updating a book that he wrote about the Jeep, and wanted to have modern photos of it. Sadly, the last mention of the Jeep that I can find is in 1960 in a Leatherneck article, we have no clue what happened to it, and so that's what I told him. Mr. Foster released the book and worded the phrasing carefully, saying that the Jeep was sent to the Marine Museum in Quantico, but didn't mention that it was no longer here.

Skip ahead a few months. I started getting calls from New York advertisement agencies, Fiat Chrysler Automobiles, Offroad Magazines, you name it. I was getting 5-10 calls per day from people who bought Mr. Foster's book. They all wanted to feature it in ads and articles, and I always had to tell them that we didn't know where it was. It was crazy. It took about 4 months for that to slow down. 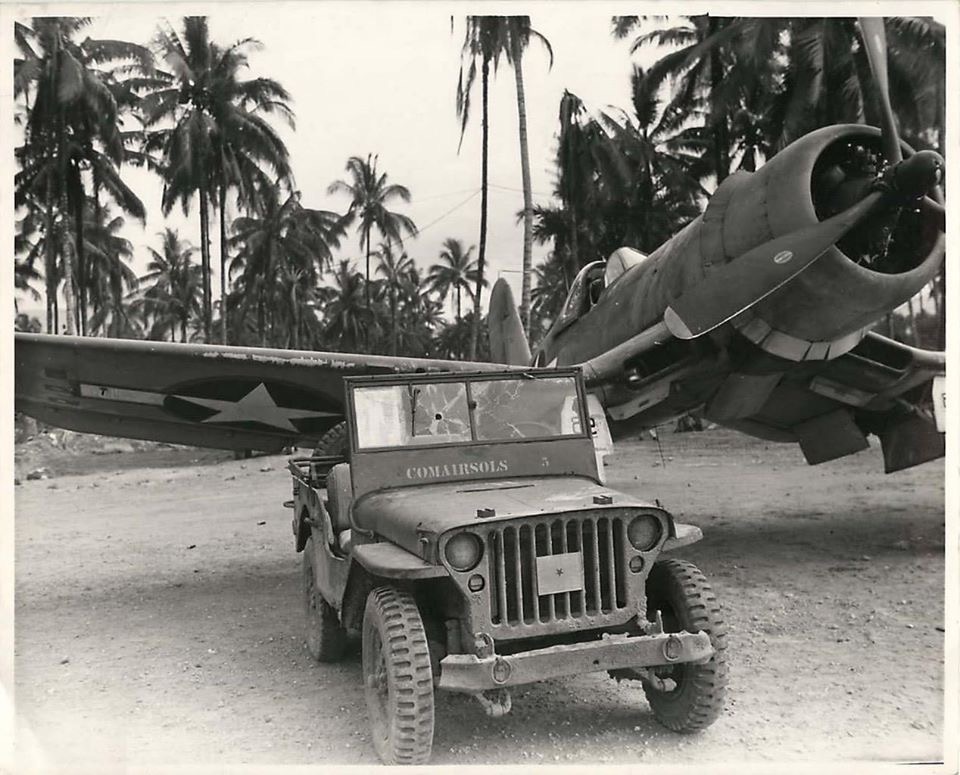 I talked to the late Major John Barton about the Marine MB Old Faithful back around 1988. For those of us who knew John, he knew his stuff on the WWll jeep, and very sadly, was taken from us way to soon.
Okay, Old Faithful, John told me that he had talked to some of the older staff at the Marine Corps museum about the Jeep "Old Faithful" and what happened to her. He told me that, in the 50s and early 60s the Museum curator would use Old Faithful as his base run around vehicle. Everyone saw him driving it everywhere on the base. When he retired,no one said anything, when he just drove the jeep home with him. At that time WWll jeeps were everywhere, and no one thought that a very historical vehicle was driving out the gate. Just like the thousands of other vehicles, planes, and ships, no one cared about them.
One of the few, Frank USMC RET
Top

2/14Marine
Sergeant Major of the Gee

What a great historical jeep that has been lost !
It may be a long shot but ....
does anyone have the name of the curator ?
The town he lived in, maybe contact a family member to see if is still in their care ?

Also, if we know the serial number, it is possible to do a DMV search to see if it pops
up any where.

It may still be out there, and would be worth finding again.
Just make sure a museum doesn't get it again

Well at least one that takes better care of it !!!

Ray
If you want to get emotional, read what the Army did with warehouses full of historical stuff to include vehicles, from WWII at Aberdeen Maryland in the 1950s...
One of the few, Frank USMC RET
Top

We’ve got a chat going on G503 Facebook if anyone knows anything!!!

If it was last seen in the 1950s, most likely it is come for good as rusted away. Remember it was exposed to a lot of salt water and air back in the war
One of the few, Frank USMC RET
Top

Thanks for sharing. Enjoyed the history
Top
Post Reply
9 posts • Page 1 of 1