Armor, Military Vehicles, Wanted, For Sale (NO AUCTION or EBAY), and Knowledge Base
Post Reply
107 posts

Figured I would post some pictures of my M5A1 Stuart engines as I rebuild them and share the emotion.

These are after just removing them from the tank. 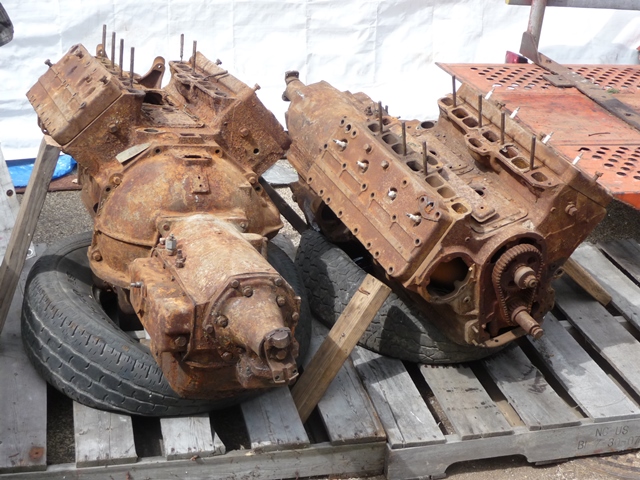 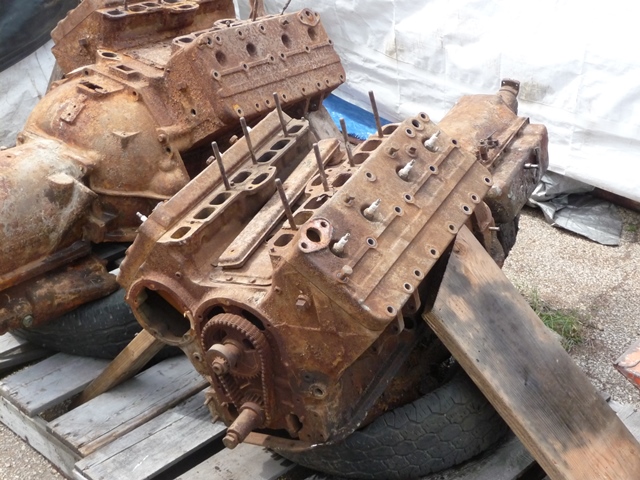 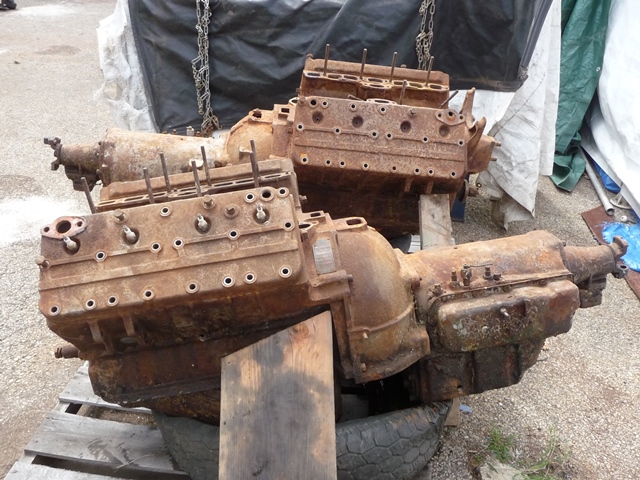 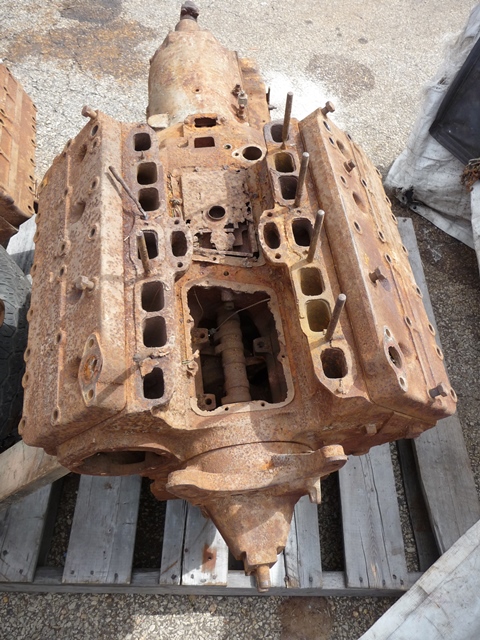 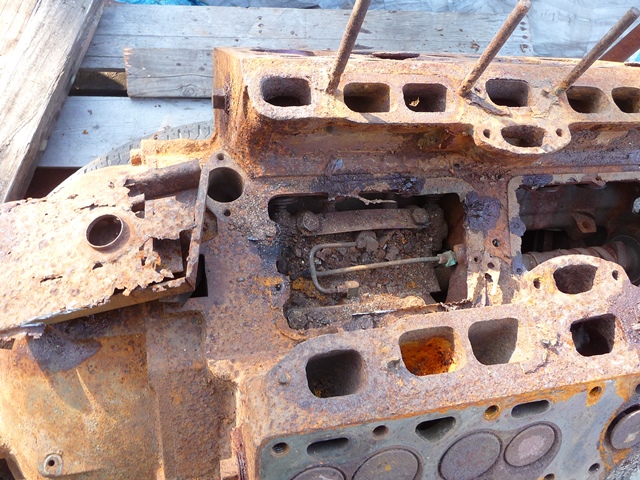 a look under the heads... 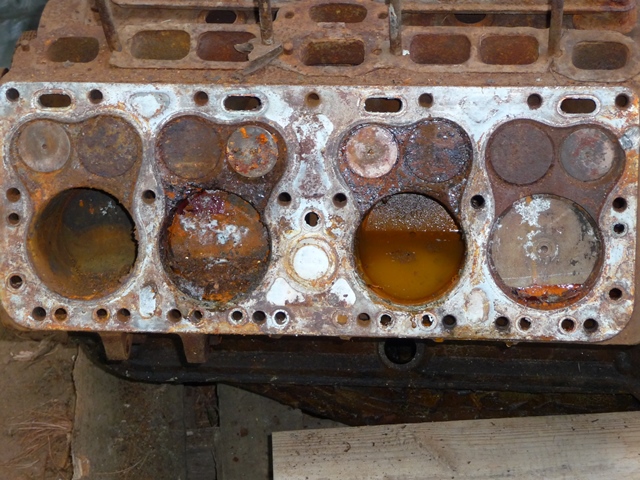 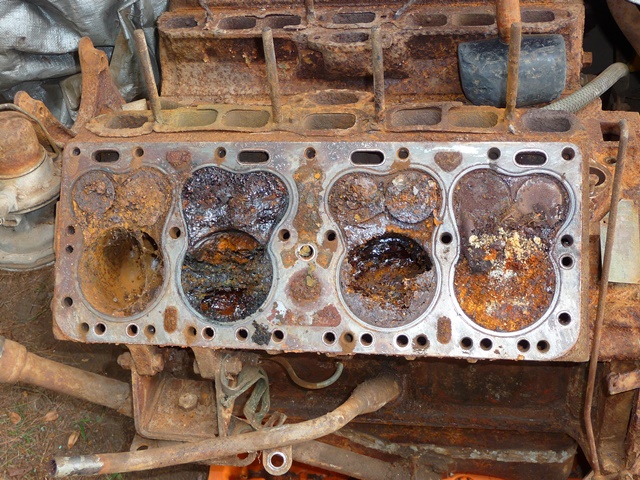 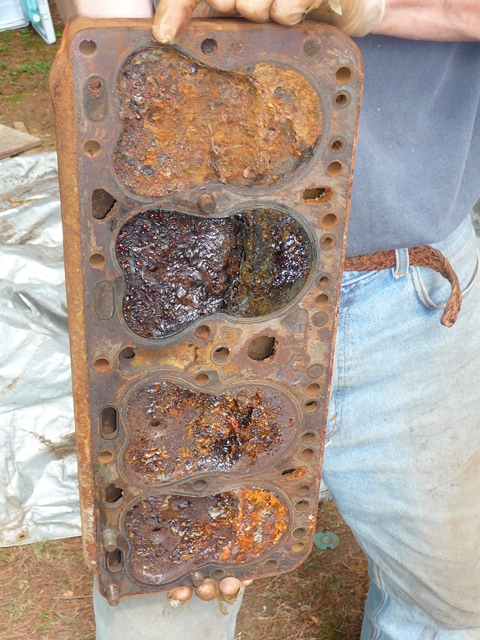 Awesome pictures, what does the rest of the tank look like?
Tanks,Trucks and such...
Top

I rebuilt a 230 Cubic Inch Dodge T223 engine that was in a very similar condition. The engine had been sleeved during a previous rebuild and when driving one of the pistons out I pulled a sleeve in half.
The main area of concern was the valve seats. A couple of these ended up being bored so oversize to clean up that the inserts overlapped and one had to be partially ground away to fit the other.
The good part was that the water damage was confined to the gas flow or air processing areas of the engine. Below the pistons everything was good, with the crankshaft and camshaft being reusable as was.
That rebuilt T223 engine now powers my WC63 1-1/2 ton 6x6 quite nicely.
Your engines look grim but are quite likely recoverable. Good luck with the rebuild.

Are new Stuart engines cheep and plentiful over in Europe? If so how about M24 engines?

Thanks for the replies.

The top of the engines are in pretty rough shape, but underneath does look al little better. Good thing the oil pans rusted out like colanders so all the water drained out too!

Separating the engines from the transmissions poses a slight challenge. In order to remove all the bolts from the flywheel to the torus cover, you need to turn the crankshaft. With the pistons completely frozen in place the crank obviously will not turn.

Connecting rods and pistons need to removed first to free up the crank.

There are a lot of broken-off & rusted bolts and studs to tackle too. 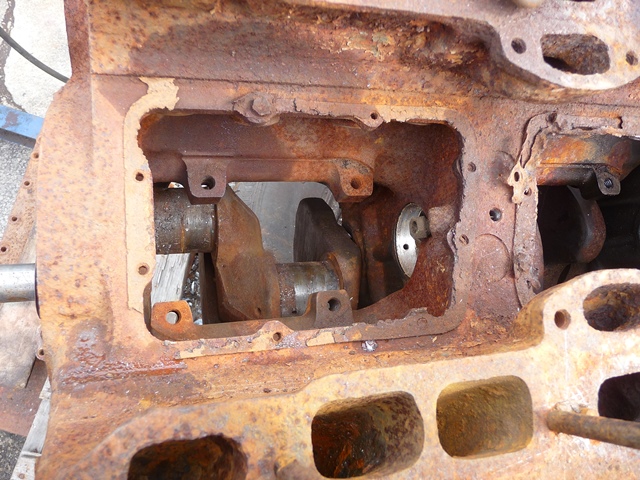 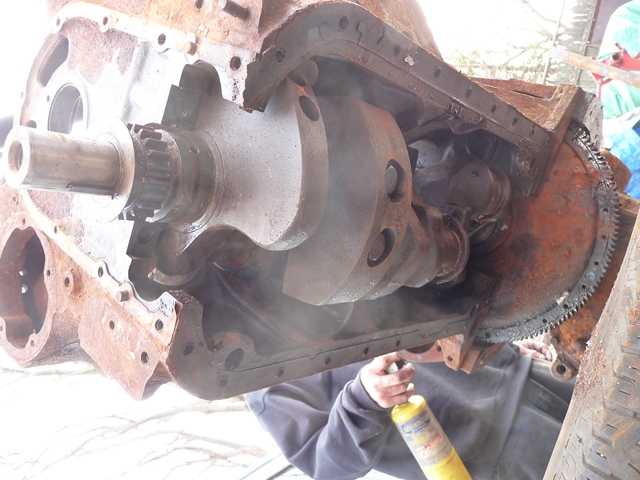 Milling machine works great for bolts like that in the heads and such nice straight bore, in then heat it up with a torch and most come out. if not I bore it bigger and bigger and then tap and most times the tap takes the old pieces out with it like you threaded the bolt out. but that is my experience. with stuff like that I dont use a hand drill anymore cant keep it strightvto save my life

It may be less effort to find new blocks but I always want to keep thinks together knowing full well they actually might have been changed already but still holds true i like to try that was what was in it when I found it.


Was your tank under water? The rest of it in same condition w/ all the water damage?

Oh and vise grips, pb blaster, torch are your friend i guess easy outs are also

hummermark
Sergeant Major of the Gee

Hi the milling snapped bolts works for me also done quit a few like he describes . My m24 engines in side looked very much like yours how I split engine from gear box is take all bell housing bolts out then gear box will slide back a little but not enough to clear locating dowels then using a thin cutting disk cut dowels between engine and bell housing then you can rotate gear box so you can undo all the torque converter housing to flywheel bolts locating dowels easy to replace hope this helps .
M1030M1 JP8 diesel
2008 M1113 Humvee
Cushman 53
M10 Achilles
M274 A2 Mule
Matchless g3l
1944 WLA
M1030 KLR 650
Gpa
Top

Im thinking the engine is the easy part, the tranny is what concerns me, Been searching all over for someone who has a clue about these first automatics with no luck.

ours is really grinding trying to get it in reverse. its getting really scarry.

Somewhere I have a pdf of the rebuild manual for the drivetrain. Not the TM, but the Caddy one.
Top

that sounds about right. we have to release the brakes, and let it sit. we use a tilt bed semi to carry it. and I cant shift into reverse with the brakes on, so I have to let it coast off the trailer. but it seems to be getting worse. If youv seen the inside of one these your way ahead of the curve.