by John Neuenburg
The WWII Liberty Ship SS Jeremiah O'Brien in San Francisco dodged a big incendiary bullet early this morning.The seafood warehouse on Pier 45 where she is tied up caught fire.

by Pasturepilot1
I'm glad they saved it for people to enjoy. I have toured the USS Iowa and USS Alabama. Can't leave out the RMS Queen Mary. They all served during the war.

by johnseidts
I saw the O'Brien last year when in San Francisco on business. Very impressive. It is the last operating ship from the D-Day Flotilla (yes, June 6 1944). If you have not seen it, you should go see it when they are open again. There is an incredible exhibit of drawings that came from one of the passengers on the ship during D-Day.

And they have their Dodge WC-52 misidentified as a WC-53. They are a very nice group of people and I truly enjoyed visiting the ship.

by Pasturepilot1
About 3 years ago I was on top of the lighthouse at the Pensacola NAS. While talking to a lighthouse guide I mentioned the USS Iowa. He informed me that he worked on the ship to repair damage when the gun turret exploded in 1989 killing 47. A small world sometimes.

by John Neuenburg
The O'Brien is the only operation Liberty that is basically unaltered. In 1994 a crew of veterans and some cadets from the California Maritime Academy steamed her to France for the 50th anniversary of the Normandy invasion. Her 8th voyage. Average age aboard was 70. 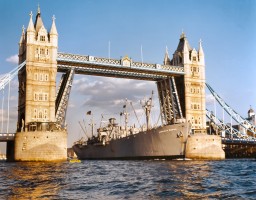 The TBF made its attack with the torpedo bay doors open. I noticed two WWII vets - not sure if Navy or Merchant Marine, get nervous and walk to the opposite side of the ship. Bad memories?

by John Neuenburg
Here is an interesting video by the local TV channel 2
https://www.ktvu.com/news/sffd-fire-boa ... on-pier-45 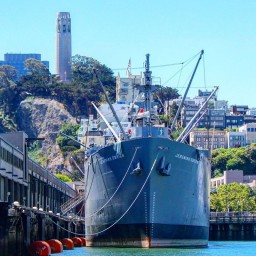 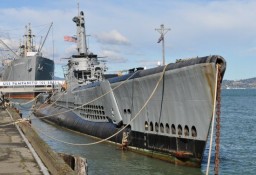