Here's the Lanc assembled and with the turrets and bomb aimers glazing fitted. The white glue can still be seen as white in the turrets as it hadn't dried when the pictures were taken. It would dry clear. There's still a piece of Blutack on the bomb aimers glazing as this was used to hold the glazing while it was glued in place. It couldn't be removed until the glue had fully dried. The bottom of the port fin was also sanded away where it has scraped along the runway during the landing. 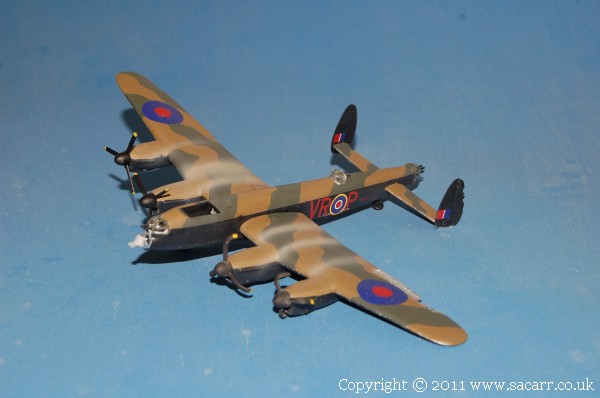 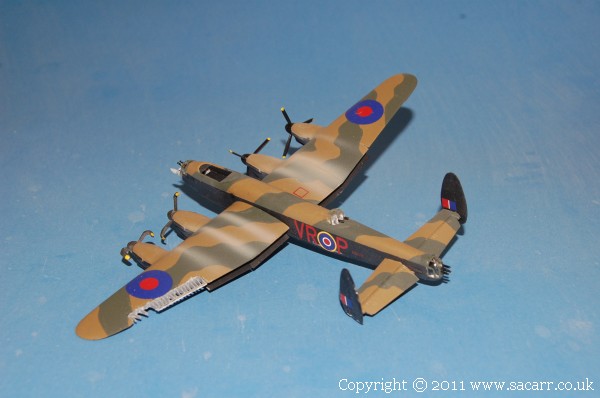 Finally with the canopy fitted. 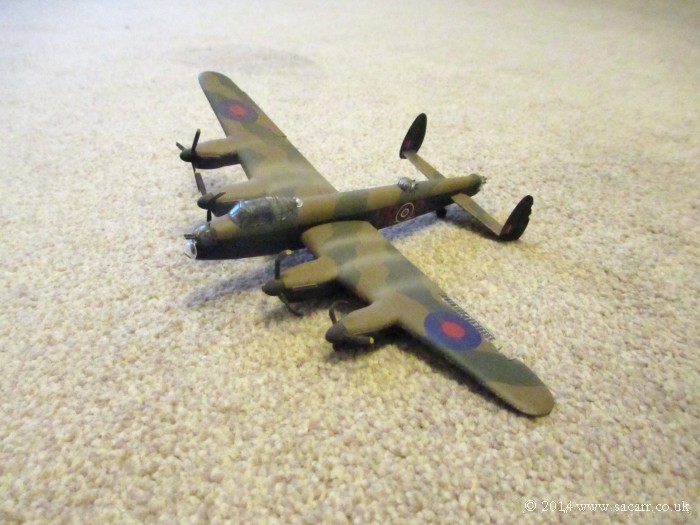 The B-17 castings were cleaned up and glued with cyano. Because the plane is to be a 'Hangar Queen', a stripped down, war weary airframe, used for salvaging usable parts, a number of components would be cut away or left off.

One tailplane was left off, one outer wing panel was cut off, engines were left off, top turret is missing and a hole drilled where it mounted. The bombardier/navigators compartment was also drilled out. It is seen here in primer and with the underside grey painted. 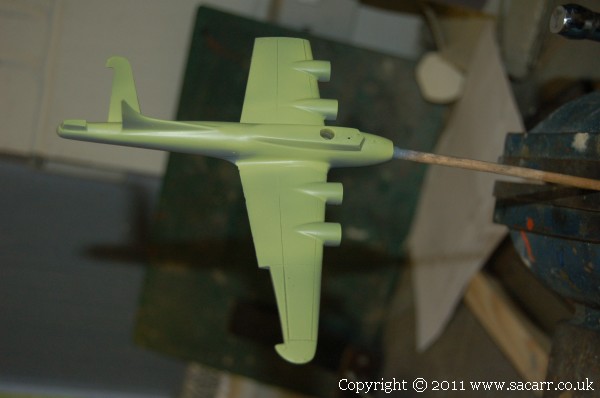 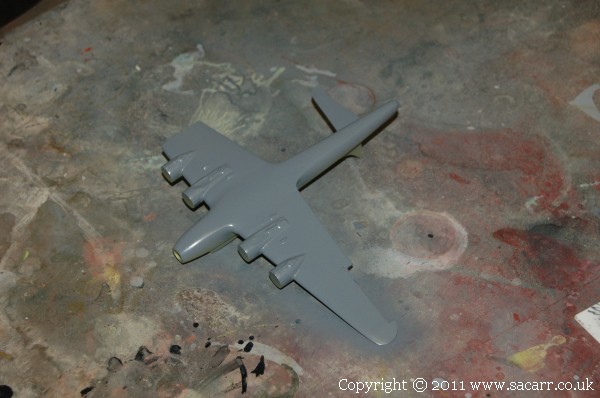 The B-17 was masked around the underside grey with sausages of 'Blu-tack'. This gives a slightly softer line than masking tape between the two colours. Some fullsize B-17's had a fairly hard demarkation line while others had a freehand sprayed line. The olive drab looks a bit odd under the light of the flash, but is a reasonable representation of faded OD for this 'War Weary' salvaged plane.

It can be seen that it has already been gutted of many useful parts to keep the other aircraft in the Bomb Group flying. This was common practice during the war when the ground crews realised it was going to take more spares than their paperwork would allow. 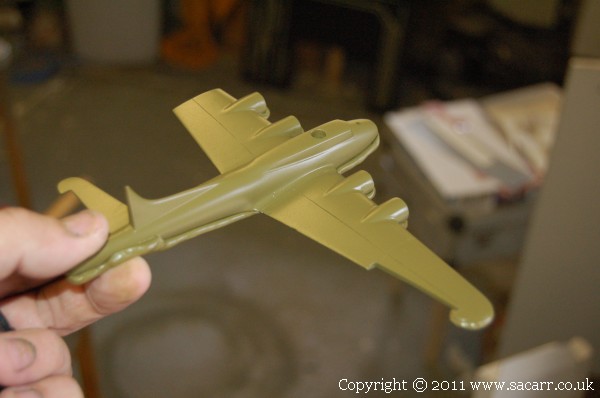 The following day saw some more slightly random shades of green added, windows painted on, the beginnings of the markings and oil staining across the nacelles and wings. 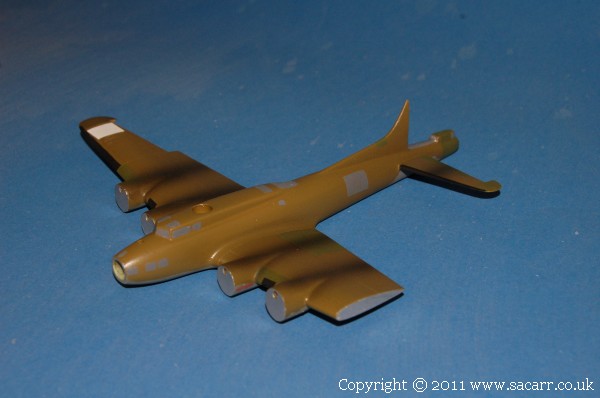 The stars were added to the fuselage side. The Bomb Group code letter has also been painted onto the wing - in this case, the "Square D" of the 100th Bombardment Group, 3rd Air Division. 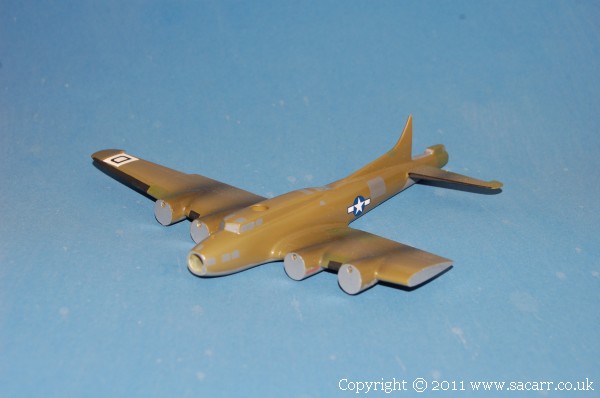 The B-17 also had some wire legs added, bent vertically down to glue into the baseboard. The wheels will be glued to the sides of the wires after painting. The B-17 also had a matt coat sprayed on. A few more details would be added later when I was working on the airfield section, but that was a whole other section away. Next on the building board was the country station and the branch line from the quayside up to the main line. 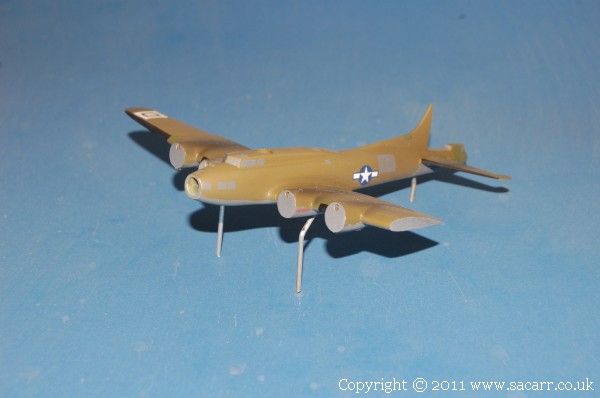