blhar15 wrote:M1114 windshields and M1151 are totally different. The M1114 does not have the metal surrounds just thick glass with a full rubber seal around them.

The m1114 has the pop-out windshields, as do the m1151. They both have a metal frame around the glass. I worked at a place that installed armor on the humvees.

Windows for the 1151/1152/1165/1167 all have the same offset. As you can see in the pictures, the larger part of the offset is the threat side on the 1151 and subsequent. It makes the windows sit out past the frame, The 1114 windows are just about even with the front side of the frame.

Hope the pictures help, have a good one.

Anyone know the part numbers for the heated m1151 windshields?
Top

I am just taking this from the TM. no guarantee that it is accurate....

I wonder why the TM doesn't list electric part numbers for m1151.
Top

I remember during the first part of the Iraq war we installed some modification upgrade windows that were the same thickness as these windows that fitted into regular frames. It just required the windshield wiper arm extenders. They were one of the easiest upgraded installs, does anybody have that information, maybe that is a cheaper way to make it work. Just a thought to help with the A/C vent. For the radio extender I used a square channel stock and cut it to size to make my radio work for $10.00. Your build looks really good by the way.
Robert

Here’s a nice chart so sum up some of these part numbers. 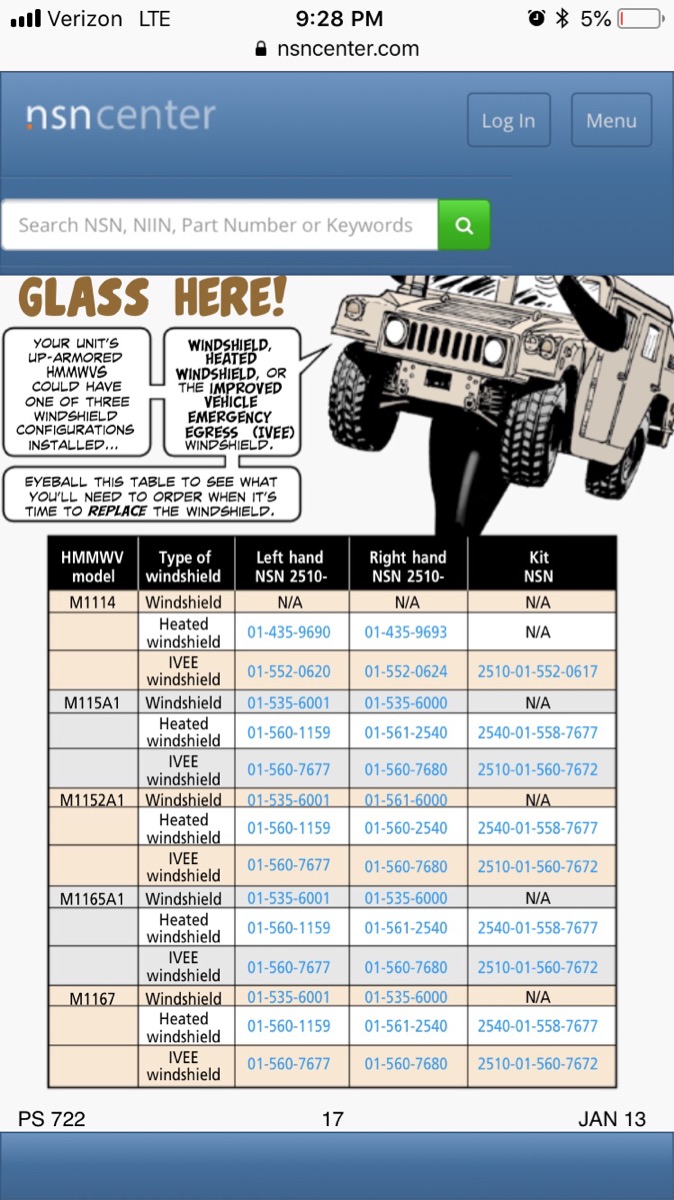 Anyone know how to tell the difference physically between the m1114 and m1115 Ibis Tek knockouts? Is there a part number stamped on these things anywhere?
Top

I like all these configurations but can they be found and are they affordable. On a budget for using the knock-out IBIS TEK on standard slantback this is what I did:

It also addressed the A/C round vent issue and spacing.

I know this is an old topic but I need to replace my passenger glass because of delamination out of the NSN list which glass will mirror up to the BAE knockout glass? Or does anybody have a clean set for sale?