Why does everyone and their grandma have a skull on their HMMWV. sticker, grill, etc. I guess from a tv show, Punisher? I don't get why so many people put that on their trucks. And. no, I do not have NetFlix.

Maybe it's because My Little Pony Stickers are no longer sold?
George D. Paxinos

The punisher skulls were a thing in Iraq and Afghanistan. Lots of folks put them on as velcro 'morale' patches and painted them as nose art on anything that rolled. I think it was further popularized by Chris Kyle... though I am not sure 'he' popularized it. I think it was just sort of associated with him in books, movies and legends and stuck as an icon of the HMMWV, especially the late up-armored ones.

Then again, I am always wondering why everyone is so keen on up-armoring their HMMWV's to drive around suburbia... when they make such wicked good convertibles!!! Armored HMMWVs are... hot. Hard to get into. Hard to see out of. Cramped. Heavy. But, hey, I LOVE to see the creativity, energy and skill that goes into those builds and restorations. So love looking at them and especially seeing how people do it!

So to each their own! One of the nice things is that HMMWV's are like Jeeps. Infinitely Customizable and fun no matter what one does to it! Often the journey of building it is the greatest reward!

Think about it.
Everybody has a skull.
Top

Oh and personally, I like the old WW2 "Flying Tigers" look, myself 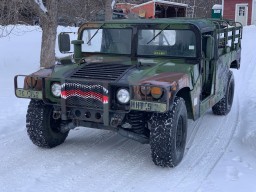 My comment isn't so much about putting the punisher skull on a HMMWV. It is more to the fact that I see so many of them. I had a front license plate made with the Umbrella Corp logo. I saw 2 other HMMWV that had something similar. My plate has been in the drawer for several years now.
Online definitions vary greatly....

This one is from Urban Dictionary

punisher skull
a Punisher skull found on a mans car or clothing indicates he is a douchebag with a small penis (not to be confused with a douchebag who has a large penis.) Comes from the Marvel "Punisher" comic book series but has since been used by various wannabe macho men. Also see "lifted truck"
"That man has a small penis. How can I tell? He's wearing a Punisher skull shirt."
by alienfart July 17, 2019

This wa on a site that sells Punisher items...

As its name suggests, the punisher symbol was created to strike at the minds of evil men. It is a clear warning that deters criminals by sowing fear in their minds, it has been adopted by army special forces such as navy seals and police forces to remind them that their mission is to punish those who believe themselves to be above the law.

The logo is copyrighted. So hopefully the guy making hood grills is giving a percent of sales to Disney.

The real-life usage of the Punisher logo isn’t limited to the military and cops. Actually, you mostly see it just worn by regular fans who enjoy the character. However, not everyone selling the Punisher logo is doing so legally. In fact, Marvel has had to get serious about so much unlicensed use of the logo, with so many knock-off versions being made and distributed without their permission. And we've got to say, those folks are making a huge mistake. Crossing Frank Castle is one thing, but messing with Disney's copyright laws? Now that's insane.

and then on police cars...

For instance, in the winter of 2017, a Kentucky precinct placed the white skull emblem on vehicles. Very soon, the police started receiving calls – people told that in their understanding, the logo meant that the police was going to kill people. However, a police spokesperson insisted that in fact, they are putting an entirely different meaning into the emblem. It’s supposed to be a promise to bring justice to all those who break the law. Also, it’s a way to honor the officers who lost their lives in the line of duty.

You can make the skull into a humvee, too! 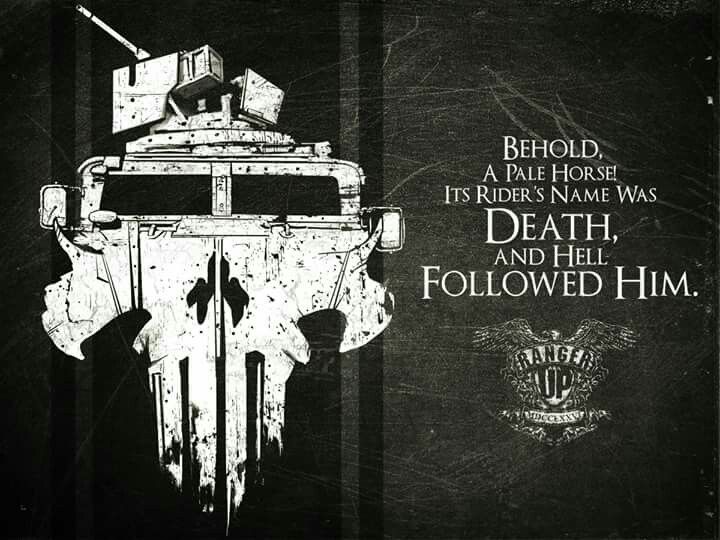 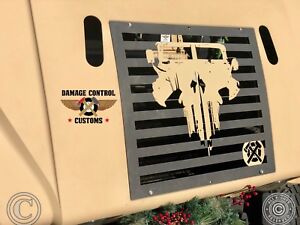 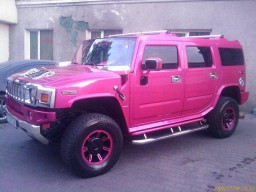 Then again... an H3 (is that what this is?) is hardly worth sneering at.

Well, I think I need to go rinse my mouth out, brush my teeth, rinse again and take a Tums...or ten.
Top

Isn’t there a forum rule against posting H2 and H3 pics?
Top

Especially a pink one!

What kind of crazy person would post a pink H3 picture anyway?

Guess what I saw real big on the back window of a minivan at Walmart today.