The Foothills Vintage Jeep Group was able to put up, I think, 10 MVs made up of G503s, a halftrack and a Hummer for the Auburn Parade. Most of us are also MVCC members, so I thought it reasonable to post here. Few know this, but the Auburn Veterans Day parade is the longest running parade of its type in California. It is also ranked #10 nationally. Petaluma is ranked #11.

The group carried 2-3 veterans in each jeep. Among our ranks were 2 WWII pilots and an Okinawa Marine.

Honored guests in the event after the Auburn Parade. Left is Diz Laird. The only known Naval Pilot to shoot down both German and Japanese aircraft (2+4). He flew as a stunt pilot in the movie Tora Tora Tora. Right is Col. Bud Anderson (16 1/4 kills). General Chuck Yeager said that he is the best fighter pilot he had ever seen. Together, Diz and Bud are the only known WWII Aces that were also high school classmates. Both of them are pure gentlemen.

Cal.Bar
Sergeant Major of the Gee

Only ONE pic? We'd love to see more.
Top 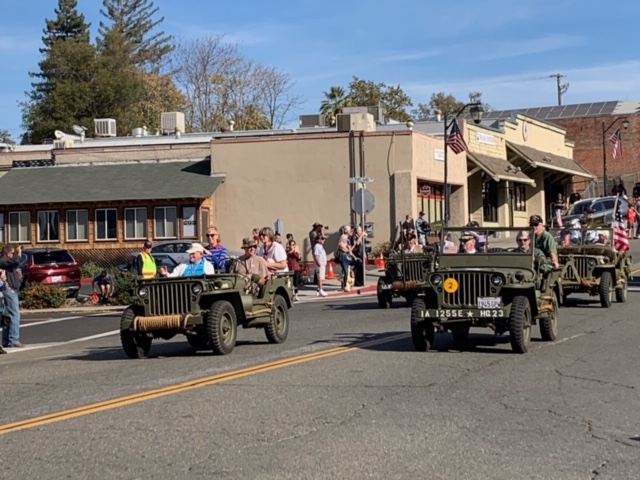 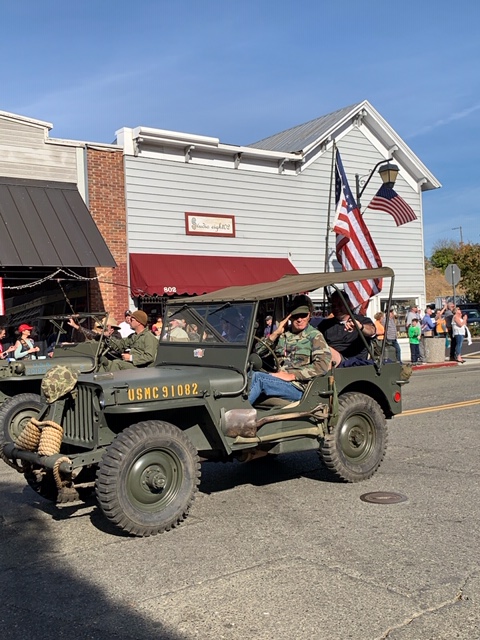 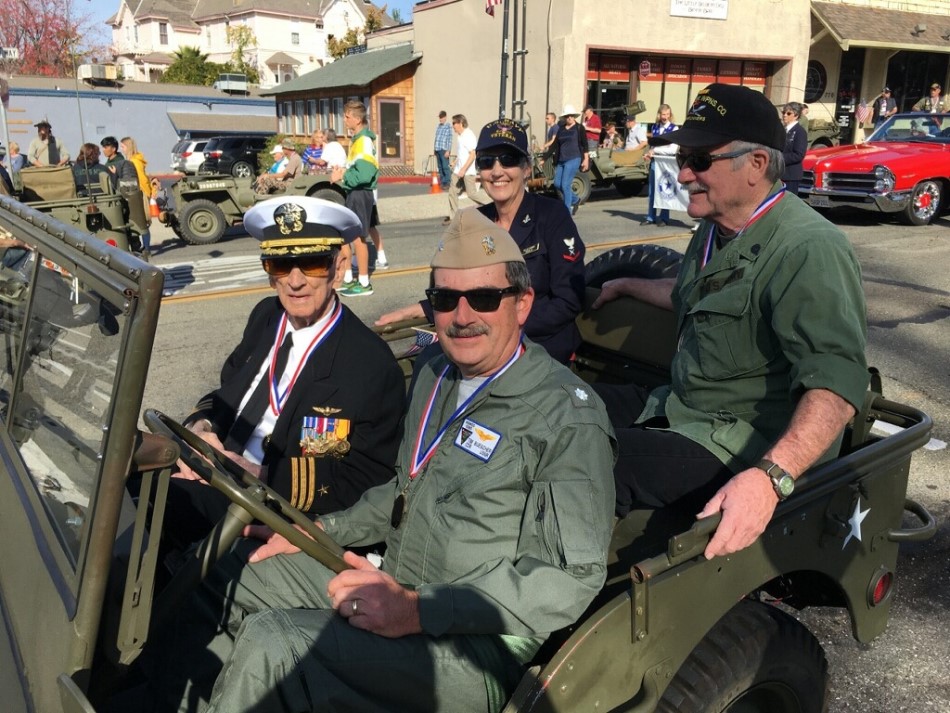 Really nice photos, i bet these veterans loved it, we owe them so much.
Top