Thanks Ray. I hope to make progress on alot of the smaller items this winter. We will how it goes.

Sent from my SM-A102U using Tapatalk

I will be watching , as I love these trucks !
I am up to my elbows in a jeep project, a new 41 GMC CCKW project , and planning to start a WC-56 Command Car.
But ...... I have an old project I haven't finished yet that sort of got left behind many moons ago.
A running, 1942 ex-Norway WC-52.
The frame is done, but I still have to finish the bed and cab.
But now these many years later, I know of much more about metal working and such, and have the tools and welder I didn't when I was younger.
So maybe I should focus on the Dodge and finish it first !!!

As much as I love to drive these great vehicles. I love to restores the best. Here is my jeep and trailer. I also have full chaplains display do as well. 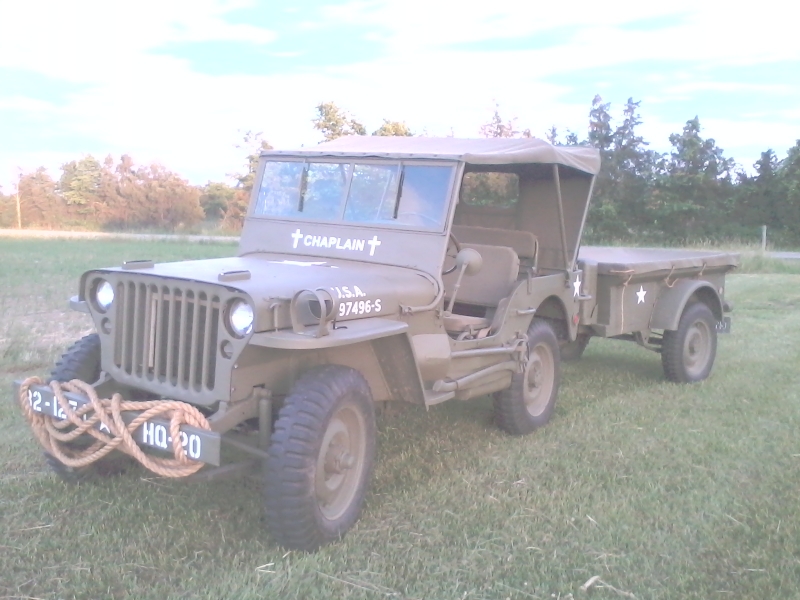 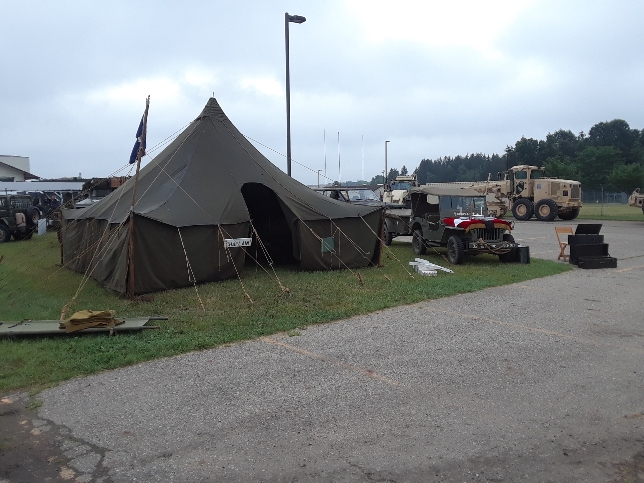 Sent from my SM-A102U using Tapatalk

That is a beautiful Jeep !!!
I am sure the head priest at Saint Timothy's here would appreciate it !

He had a bronze statue of an Army Chaplain from WW2 placed in the church's courtyard a few years ago.
It was a very nice remembrance for all the Military Chaplains .


I have a 1942 GPW that is running, but not restored, lightly repaired I guess is the best description.
I did touch up the stars and also the blue hood numbers that were worn down and defaced somewhat.
Here are some pics 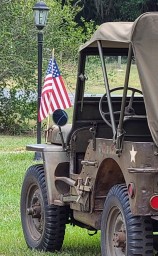 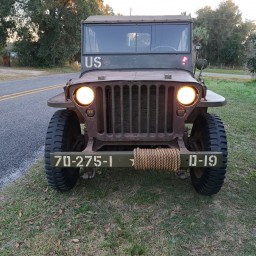 My Father was a machine gunner and was captured, in the Vosges Mountains, in the Alsace Lorraine area in France. He told me that the Germans drove up in a captured Chaplains Jeep.
He said it had the Cross on the front bumper.
He thought maybe it was captured earlier from the 45th Division, that the 70th Division's Task Force Herren was attached to at the time.
His machine gun Jeep, and a few other jeeps, were left to their rear on a forest trail, when they advanced on foot to engage the Germans.

Later the Germans captured their jeeps as well, since they were long surrounded by this point.
He said he and another surviving gunner, put his wounded assistant gunner into the back of captured Chaplain's jeep. He was still alive when they last saw him, but was really hit bad. He is buried in France today.
They had earlier in the day patched up some Germans they shot, and placed them in a protected area in the woods. He told the Germans about their wounded, and they were happy to learn they were taken care of by the American soldiers. There was no medic with them.
They put them into the captured Chaplain's Jeep as well .

Then they were marched off to a rail head, and a long winter in a POW Labor Camp near the Czech border.