Interment not internment. Unless you mean these flags are used when someone goes to prison.

Mud, thanks for the answer/clarification on the size of the flag. Didn't know that internment flags and storm flags are the same size. Concur with your Admiral friend, re: storm flag, based on the presence of the cable loops, rather than grommets.

Henry, it's an interment anywhere except the Army (I can't speak to the other services), where it's an internment. Pedantic, I know, but see screenshot below, from the 2017 version of Army Regulation 840-10, para. 2-4j:

The official standard for grammar was "generally free of errors" when I was in the Army, which meant one had to deal with the boss' grammatical quirks. Sometime on or before the 2020 iteration of AR 25-50, the standard was changed to "free of errors in grammar, mechanics, and usage..." in AR 25-50, para. 1-11. I wonder when that change was implemented, but not enough to try to dig up old copies of the reg

Wingnutt may know better when the change was implemented.

Thanks, Steve for clearing that up. I had been losing sleep over the thought that Jason might have made a mistake. I think I’m ready for my nap now.

Thank you for the reference. Not that the military would ever get anything wrong.

Perhaps I will indeed write to suggest the change. Even if they told me to… it would be interesting to see the response if any.

Truly no offense to Jason or any of the other people on these forums. Having contributed many times to various threads on this forum I hoped that my comment about so boring a subject as grammar and usage would be taken with a bit of the good humor and collegiality I intended when I made it.

Also, I made the comment in the first place because I hate to see a presumably quite intelligent bunch of guys making grammatical mistakes in what I honestly believe are scholarly writings which should be treated as such. Anyway, I’m probably irritating more folks with this line of discussion so I’ll leave the bad grammar alone and just focus on tools or the subject at hand.

Thanks and apologies again,
Henry
Top

A couple of finds from the last few weeks.
The holster is made by Milwaukee Saddlery and dated 1944
The Champion DeArment pump pliers have the 1933 Canada patent
The obstruction wrench is not branded and the sizes aren't marked, but it is marked 41-W-642-15 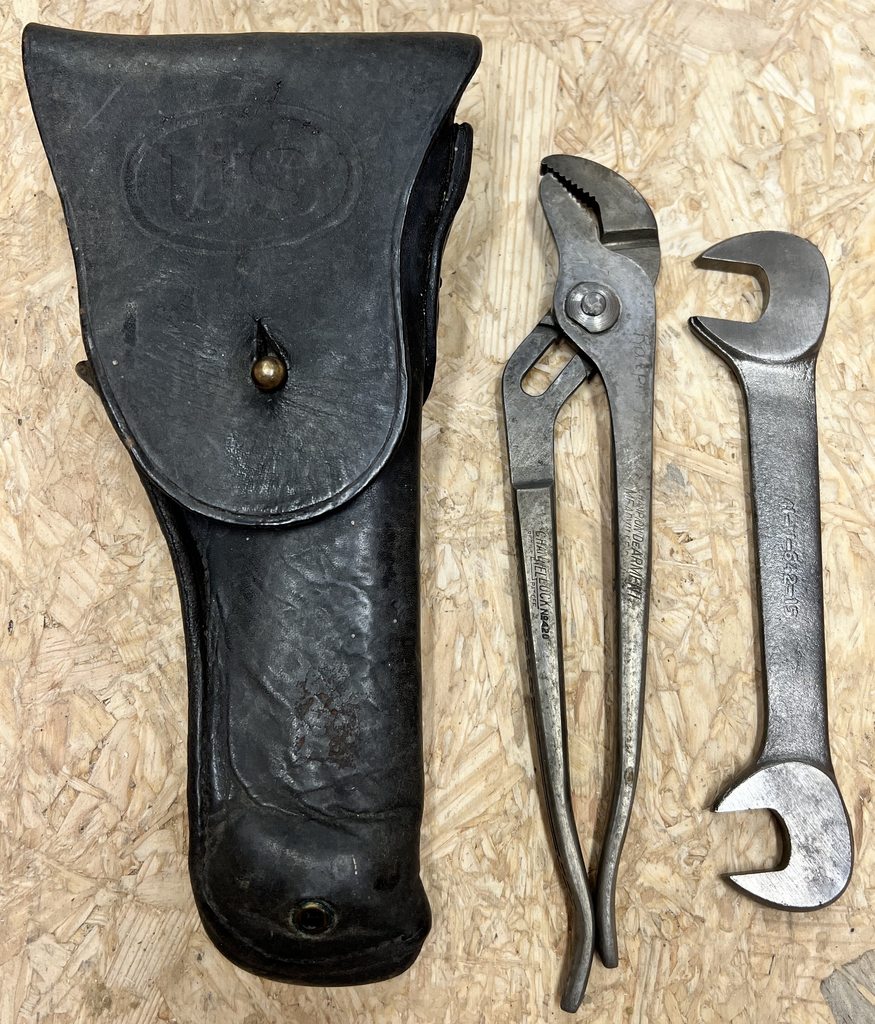 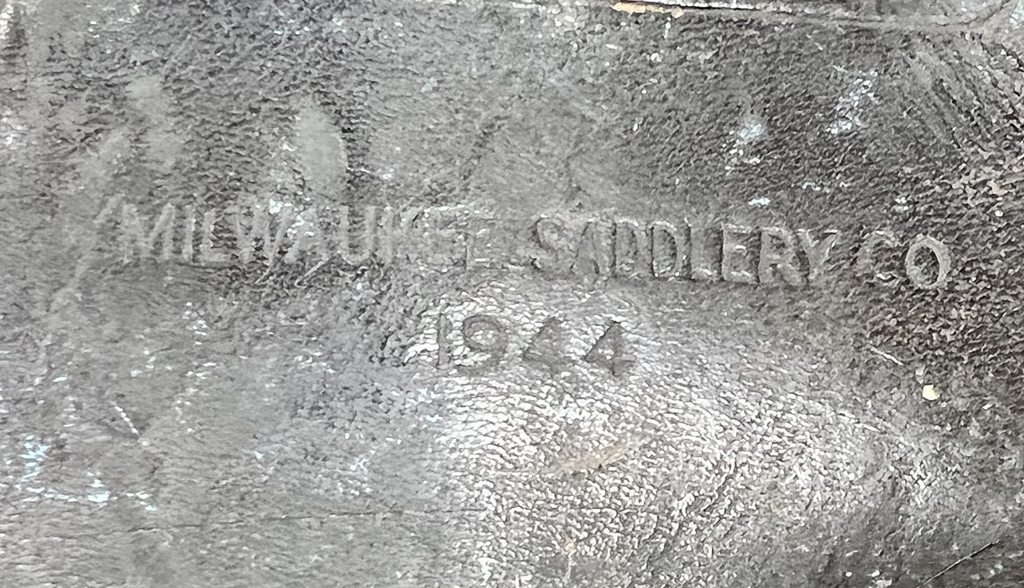 Stopped by the recycling yard yesterday. It's been a while since I looked around there.
Found this nice '44 dated RHEEM can waiting for me.
Cost of steel has gone up to $0.65 per pound. 10# worth of can (I think the scale is off) but I gave them $5 and was on my way.
It's been painted brown and is still holding some fuel. 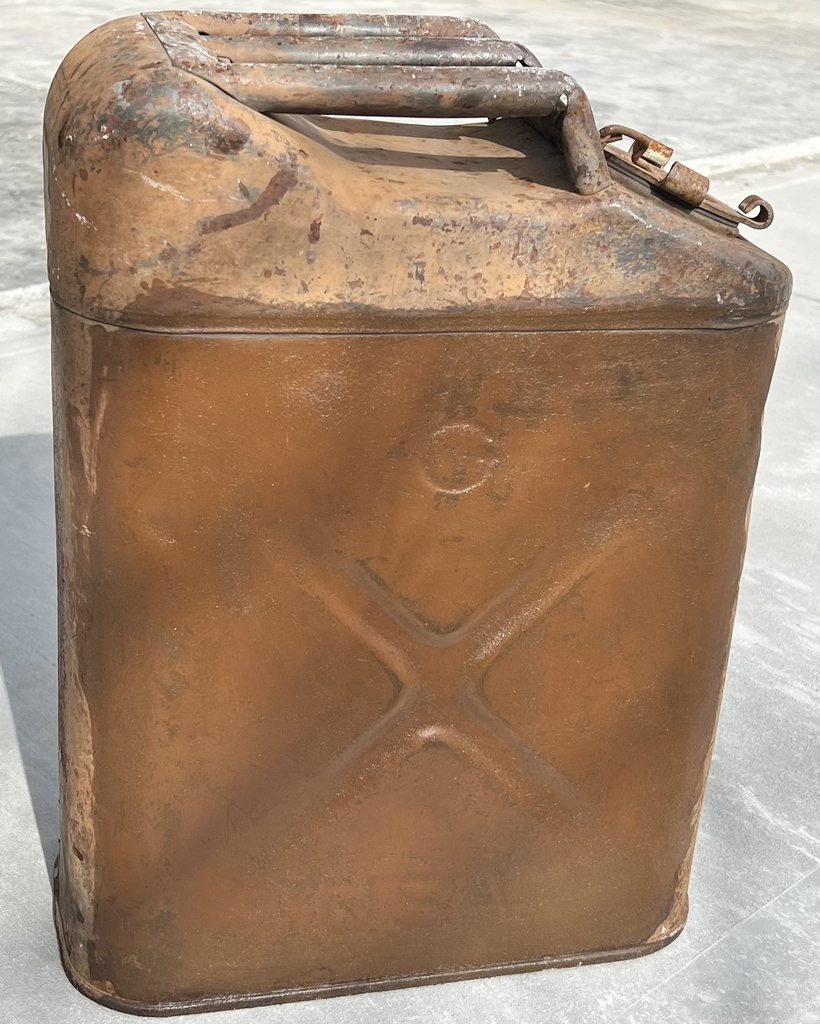 Nice grab! I was thinking of hitting the flea for the first time in a couple of years but it’s supposed to rain on Saturday.
-Don
Ford GPW 76344 DOD 11/42 Built in Richmond, CA
Top

Thanks Don! Not the prettiest, but those 44 dated cans don’t come along every day.
With a bit of luck, I should be picking up something pretty cool from Facebook marketplace today. Stand by.

phantomfixer
Sergeant Major of the Gee

Just got back from picking this box up! I could have used that extra bit of fuel. 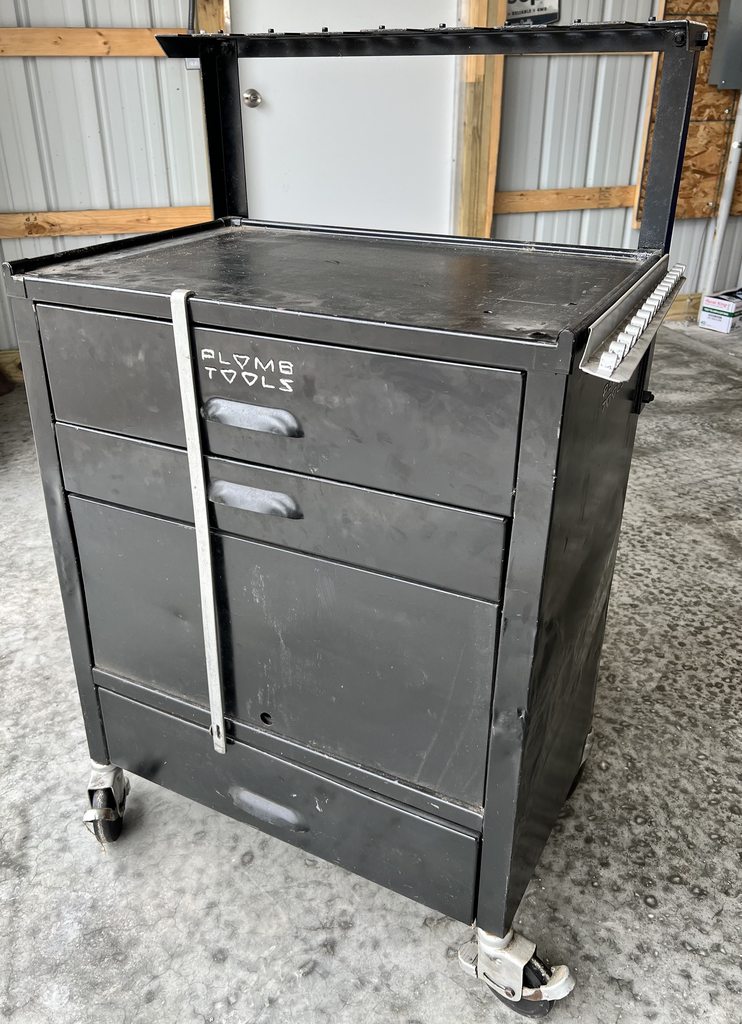 A few thing from last weekend's flea.
I don't know anything about FAKs, but this one seems to be the right size and has 2 clasps. 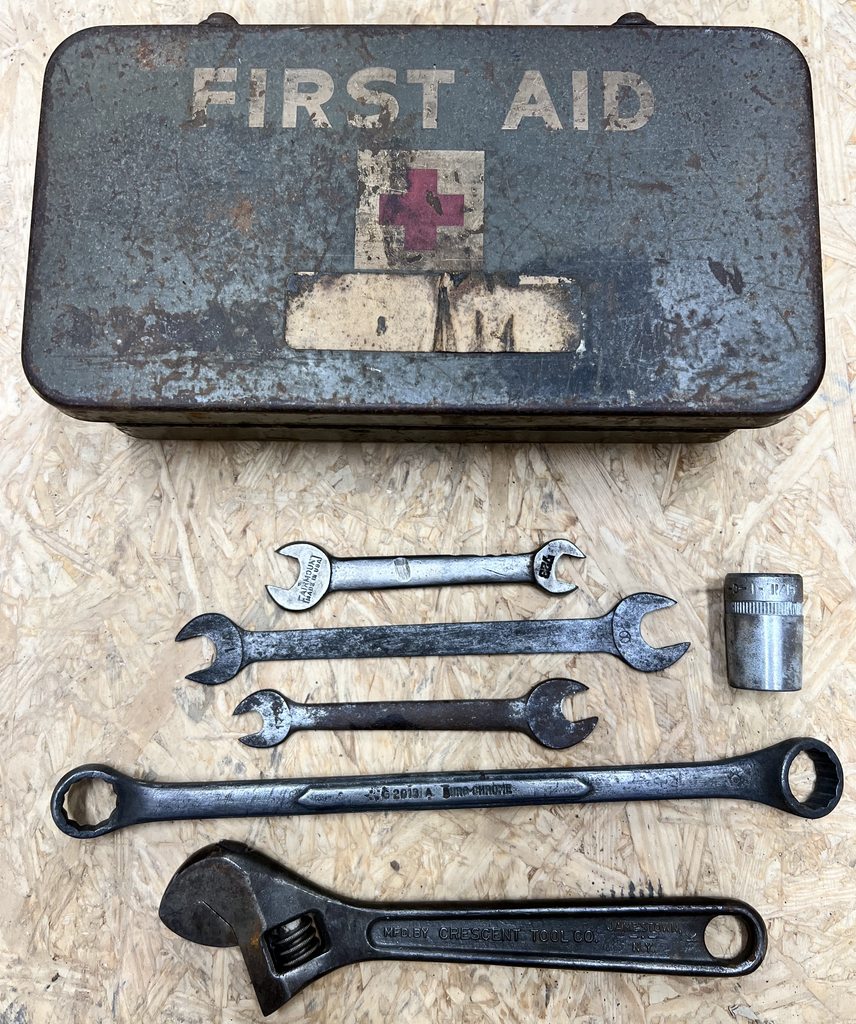