Two parts bins
one is marked property Army Air Force, the one on the left, and only has one lifting handle, on the top, marked 4 of four
the other has two lifting handles, on the side, a pick of the PN and handle
took a day, and finally mounted shelving to support the weight...pretty heavy when filled 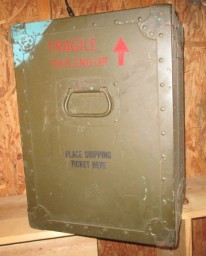 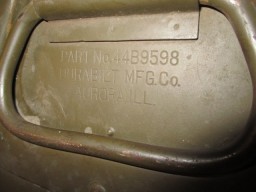 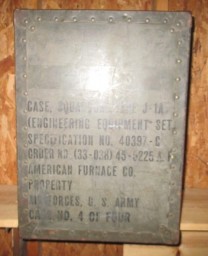 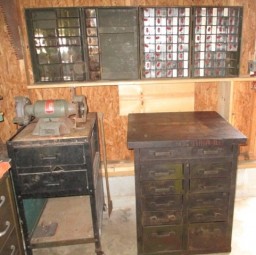 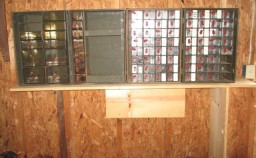 Thanks for this! I've occasionally seen the newer ones and didn't pay any mind. But seeing a WW2 example has me revisiting the idea. If I find another newer one and it's cheap enough I might repaint it to WW2 paint and use it in the Iffy-Lube shop.

Would look good in the Iffy Lube Matt...and practical for all the spare nuts, bolts etc...the WWII has a few larger bins, and I can assume these came with different set up options based on use...
I did not see any on the forum, after a brief search and figured it might be a good thread to see if there are any more floating around out there in garages...
USAF retired
Bantam BT-3
1946 2A
Top

These were part of the Army Air Force forward airfield COMPAK supply system.

Originally called the Kelly Pack Up, it was shortened to "COMPAK" and stands for Combat Pack.

The COMPAKs were packaged in OD painted plywood crates held between 900 to 1000 parts to maintain aircraft. These were designed to be used at forward airfields and no box within the COMPAK would weigh over 200lbs. This was to facilitate movement by men and trucks. 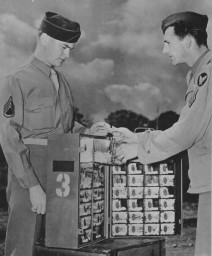 Each COMPAK came with a records desk with all required forms needed for aircraft maintenance. 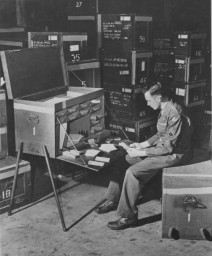 The COMPAKs were designed to put a little bit of everything at the hands of the maintainer so that they could quickly repair a plane and get it back into the sky. 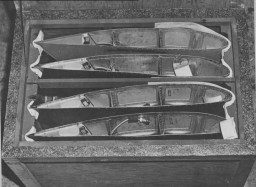 Additionally, the blue paint in the corner indicates that this is Air Corps bulk material and aids in shipping. 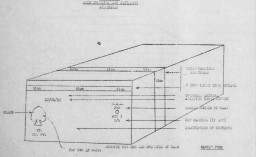 That is great information...and what I was looking for...thanks much...the WWII kit on the left has some cool AFB to AFB shipping labels...50s era...
From an Air Force view, the Compaks evolved into modern Risk kits..conexs filled with QRL parts
USAF retired
Bantam BT-3
1946 2A
Top

Chad thanks for that information. Has anyone told Cody that there's yet another records chests he needs