Hello, all. Hope you're well!

I could use covid as an excuse, but the truth is that I neglected my '43 MB for a year, doing nothing more in that time than keeping the tires aired and rolling it back and forth from time to time to prevent the tires from going out of round.

I put the Optima 6v battery on a Shumacher 1.5A float charger and it charged fully in about an hour. When I touch the starter, I get about one half-hearted "urr" and the starter stops spinning. Another touch of the starter gets another single "urr". I first suspect the main ground from the battery and will pull and clean the contact area. I live in a low humidity desert area.

Second, the fuel pump is not priming with the lever, which uselessly flops up and down. I added five fresh gallons of fuel. I first suspected that I had parked the jeep with the pump actuator in exactly the wrong spot but found this was not the case after turning the crankshaft with the manual crank. I suspect an air leak somewhere in the lines between tank and pump, or a ruptured fuel pump diaphragm.

I have the all-in-one WWII manual reprint and will be diving into the appropriate trouble shooting sections, but any insights and ideas you might offer will be deeply appreciated! 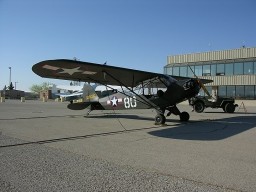 
Second, the fuel pump is not priming with the lever, which uselessly flops up and down.

Definitely check your grounds in regards to the starter. The fact it barely does anything sounds like a poor connection (ground).

I'm assuming the battery is holding the charge you give it? Sometimes battery cells die, and when they happens it can't charge enough to do squat, so if the grounds come back clean, maybe test the battery to rule that out (places like Autozone, O'Reillys, maybe NAPA usually have the ability to test a battery).

Now the fuel pump, if the lever is flopping up and down freely, sounds like your pump diaphragm or spring went bad (not very likely) or more likely, there is a problem with the lever. Is this an original or reproduction pump you are using? There were some issues with some of the early repro lever type pumps, where the lever was coming loose on the pin. Even if there were no fuel lines hooked up at all, there should still be some resistance when moving the lever.

The only time the lever does sort of feel 'loose' (and isn't an issue of a defective pump) is when it stops actuating, but this only happens when your carb is full and no longer admitting fuel from the pump line. As the carb fills up, the float in the carb bowl raises and closes the needle valve where the fuel comes in from the pump, this raises the pressure and the pump essentially stops pumping as there is no place for the fuel to go. When the fuel in the bowl is consumed, the float drops and opens the valve, and the pump fills the bowl again.
"Peep" was the name used by the Armored Force for the 1/4 Ton truck early in WWII.

Your battery is dead. If it won't hold a charge it means that it is either old, or there is a small draw in the system; that will kill any battery quickly, especially 6 volts.
Fuel pump? Disconnect it and test it with a vacuum gauge. Or put a known good one on.
Is that your airplane?
U. S. Army 28 years.
Armor Branch
Top

Thanks much, guys! I will have a look at each of these things.

Yes, it's an early repro lever-type fuel pump. The priming lever feels completely loose, like it's not actuating anything.

I will clean the grounds and load test the Optima battery.

Yes, that's a photo of my MB and '43 Piper L-4A "Grasshopper", actually one of the 196 L-4A2 aircraft produced concurrently with the first L-4H models in 1943. It spent its WWII years at Ft. Polk, LA before being sold surplus onto the civilian market in early 1946. I'm owner #7 since.

Do you have analog voltmeter? put it right on the lead posts of the battery and have somebody hit the start button, if it goes to 0 or 1 or something really low, battery is dead.

First check to make instead of guessing.

If battery is dead, put a real battery charger on it set to specs the optima is designed to take.

Ok, figured this out. I think.

A new Optima repro tar top 6v battery should arrive today. The old one would not take a charge. It seemed to charge to 7.2 volts using the new Schumacher full-function automatic charger that I bought, but voltage dropped to well under six volts and stayed there if I touched the starter. The battery failed a load test, in other words.

I also ordered and received a new repro AC fuel pump. Before dismounting the old pump, I took the top off of it to help drain it of fuel. Found the pump to be full of fuel, and function was instantly restored to the priming lever when the seal was broken on the dome. Turns out there was nothing wrong with the pump. I was used to it losing its prime when the jeep sat for a while, but that didn't happen this time. The pump remained primed and ready for start all of those months. Now to decide whether to return the new pump, or just retain it as a spare.