Have a WWII Army Airborne helmet.
Have seen absurd low and high asking prices on internet.
If authentic and with provenance can any of you savvy guys advise me on realistic value of it?
Can provide detailed description and photos.
Would appreciate it 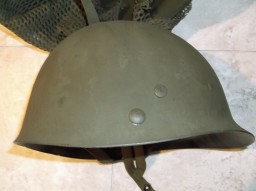 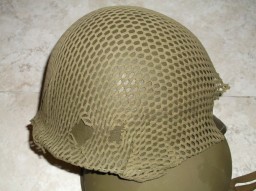 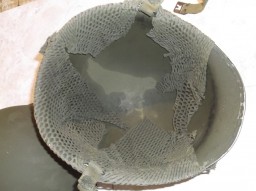 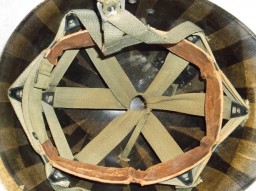 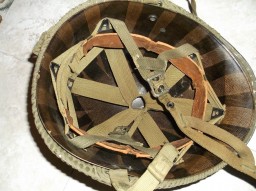 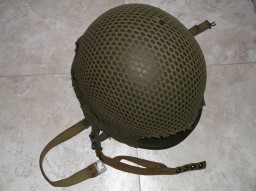 Many thanks for your time.
Fixed bale, front seam, liner - WD25 - Westinghouse?
Top

Liner does not appear to be a real para. The rivets used to hold the lining "A" washers should be the same size all the way around. Instead, the "Y" yokes have rivets that are larger... (= replaced). The male snaps for the chinstrap also look way too big. "Rigger" made M-1C liners don't look like these. Pic may be giving me a false reading on the relative sizes... so maybe I'm wrong?

Helmet shell straps have some strange, heavy sewing at the bail folds???

IF the liner has been monkeyed with the value goes WAY down. Same with a fixed bail shell that has altered/repaired/replaced straps. These helmets only have factory straps once.

Hey thanks Jeff for the input.

I will shoot detailed photos and post by or b4 weekend.
This helmet came directly from veteran , all I know is what he told me which was that this was his helmet , and I believe he said he made 1 combat jump across the Rhone not Rhine river.

He did not mention if this was the only helmet he was issued or if it was repaired or modified while in his possession.

I hate the saying but it is what it is and if not "correct" well that is why I made contact with this forum to get some educated opinions. 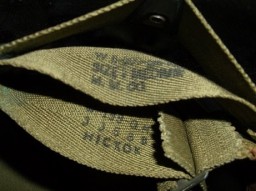 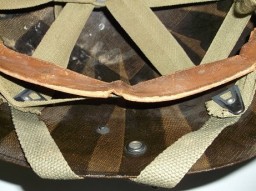 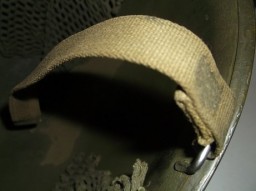 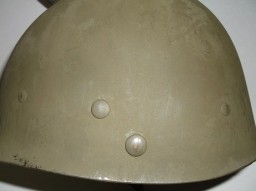 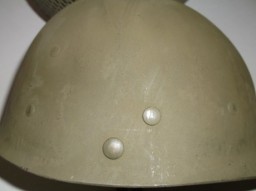 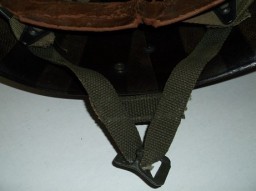 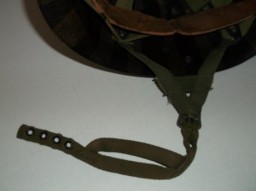 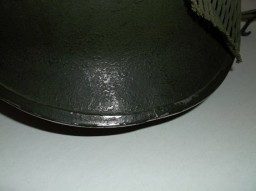 Cool. Much better pics -- thank you.

So... the standard suspension rivets, particularly the two on each side that retain the "Y" yokes, look factory (or at least the same size as the other rivets). The rivet for the "garter" stud (that the leather liner chinstrap attaches to) appears to be the right size, as does the female snap rivet for the (shell) retention straps. Painted, cast buckles on the Y yokes are correct. Liner looks good to me.

The fixed bail shell never would have had airborne type chinstraps. The straps on it appear to be the correct weave so I'm thinking Uncle re-furbed the shell by adding replacement straps with a WHOLE LOT of thread (instead of a neat bar tack). I wouldn't rule-out a fixed bail helmet being used with an airborne liner in a pinch, just not "text book".

If your vet jumped the Rhine he was with the 17th Airborne Division. If you have a name he may appear in Don Pay's roster of 17th vets in Thunder from Heaven.

I believe he said the "Rhone" river but I may be mistaken.

Late war entry and with the 517th RCT Which a veteran described to me as a " bastard unit" as at various times attached to the 17th, or 101 as needed.

Thanks for your assessment.