This is the complicated little bugger that makes the traverse drive run at two speeds: 7° of traverse per wheel revolution at low speed and 18° of traverse at high speed.
The handle of the hand wheel is another engeneering nightmare! Since it has a lever attached to it, it can not spin in your hand, it must remain in a neutral inertial frame of reference and spin freely, separate from the hand wheel.

Sorry, I posted the pictures in reverse order! 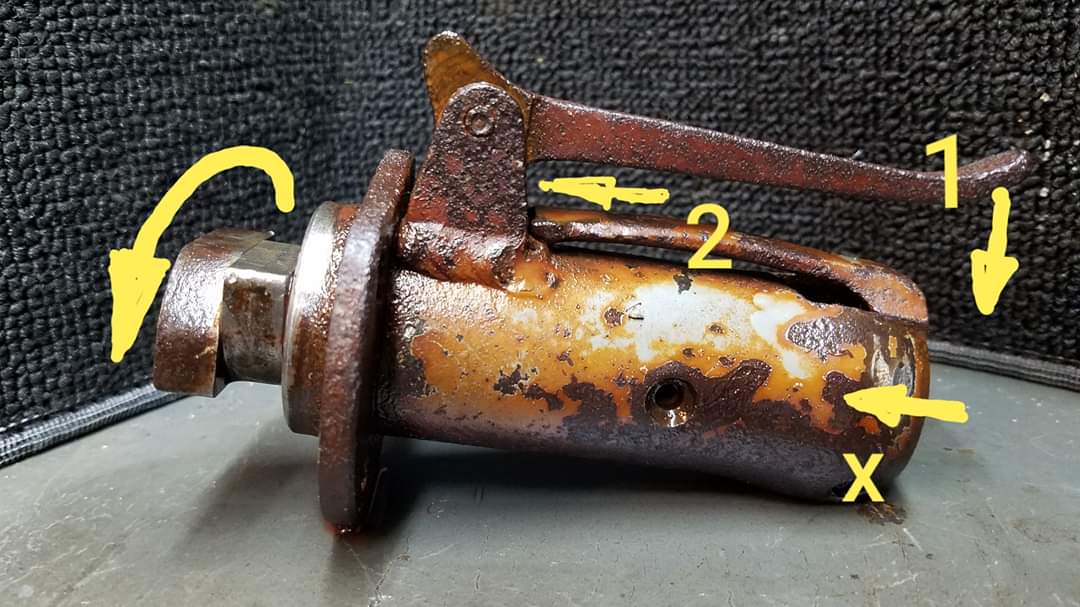 Handle for the hand wheel. The 4 piece clutch lever.

How two speeds are selected from a spinning hand wheel.
The two cams and the center portion of the handle are fixed and stationary on the hand wheel.
The outer shell and levers rotate freely around the stationary center. In this way the levers don't try to rotate in your hand while spinning the hand wheel.
To change speeds, you pull lever 1.
Lever 2 is double hinged at point X.
Lever 1 pulls lever 2 down parallel to the handle while the double hinged portion moves in the same direction pushing a spring loaded pin in the end of the handle.
As this pin moves through the handle, it applies rotational force via two spiral grooves inside the cam assembly.
One set of cams (the 7° upper clutch set) is always engaged. When lever 1 is pulled the double cams rotate disengaging the upper clutch and simultaneously engaging the lower clutch.
Klar wie tinte?

It’s nice it’s getting work on but I wish it had stayed in Canada!! It’s a project I would have jumped at.
Top

I can't take it with me! It may wind up back in Canada at the end of the day.
Two of my grandparents were Canadians so I have a soft spot for the country and its people.

The work being done on this mount directly supports the CFB Borden Flakpanzer IV Wirblewind restoration project. If they need technical assistance, they have 100% access to anything they want or need.
They were also sad that it left the country but they said "We're glad that you have it." It could have disappeared into someones collection and not be made availible as a restoration resource to anyone.
If anyone asks me a question or requests a particular photo, I do my best to fulfill their request.
You are welcome to stop by and lend hand or just hang out and watch the process. 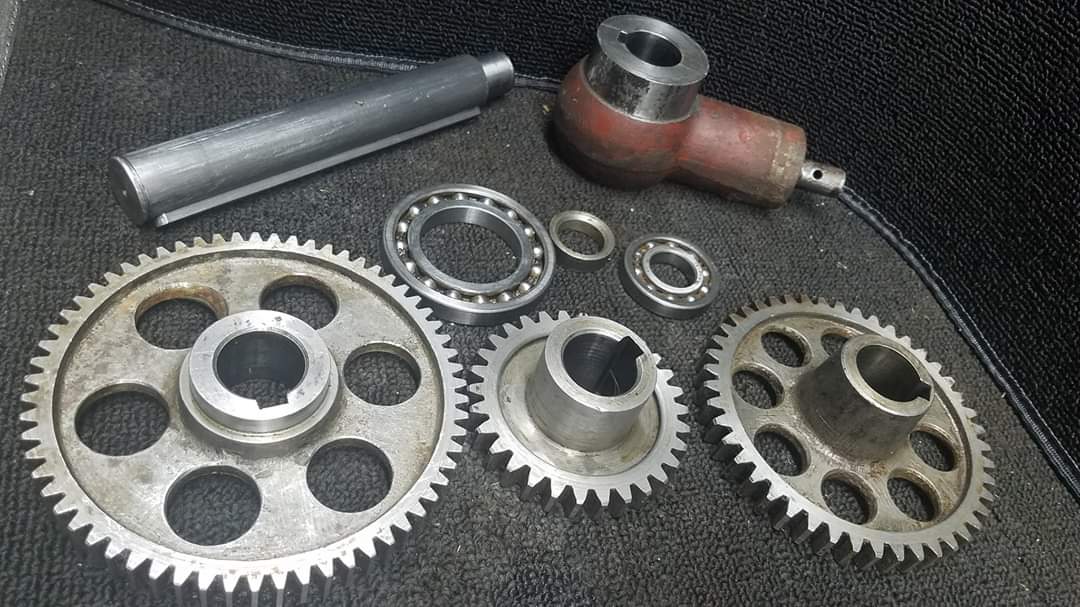 The oberlafette has been removed and disassembled.
This is the last major disassembly process and I consider this the halfway point
The traverse bearing is the most damaged piece of the entire project. Ìt can be rebuilt and since the elevation bearing is identical, it gives me a pattern to work from. It is in nearly new condition. 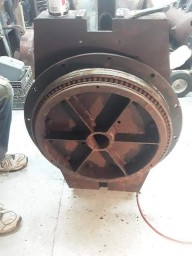 Removing the traverse bearing and it's two piece case from the bottom of the oberlafette. 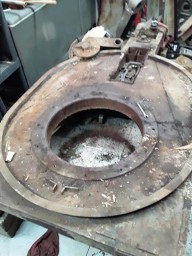 The unterlafette with all components (except that darn toolbox) removed 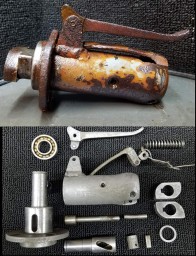