I pulled this coil off of a GPW engine, but it is obviously not original to the G503s. Just curious if anyone knows what it originally came on, and if it is a CJ item. 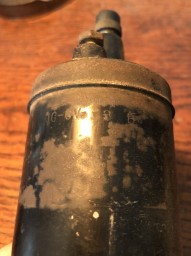 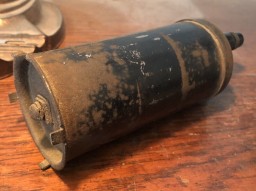 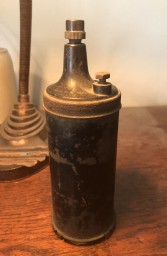 The universal Jeep lists Auto Lite for the coil. 7 numbers listed so what is on the coil? The 2a's had a key start coil and the others had it mounted along engine
Stand for the Flag, Kneel for the Cross Psalm 55; 9-11
Top

Most of the CJ2-A’s had the key lock and switch fastened to the base of the coil and the whole affair was mounted to the backside of the dash panel with three screws. Of course this required a longer distributor primary wire and a longer coil secondary cable. It must not have been a good idea as almost all of them are gone now. Coils are now mostly mounted on the side of the block a la MB, while some mount a “normal” coil under the dash with a key switch in the original hole for an original look. I have one ‘47 that still has its keyed coil but Ive never had it out, nor have I ever actually seen one, much less held one in my hand. I cant say that the coil in question is or isnt one of them.
BW
G Trp 2nd Sqdrn 3d Armored Cavalry Ft. Lewis 1970-71. 43GPW(Sarge?) 47CJ2A(Teddy) 47CJ2A(Rusty) 48CJ2A(Uncle Linden) 53CJ3B(Nelybel) 88XJ(Pluto) NE CO
Top