Of course we are all familiar with the bombing of Pearl Harbor but did you guys know there were other home front areas bombed by the Japanese. I recently came across these....I had never heard of this. 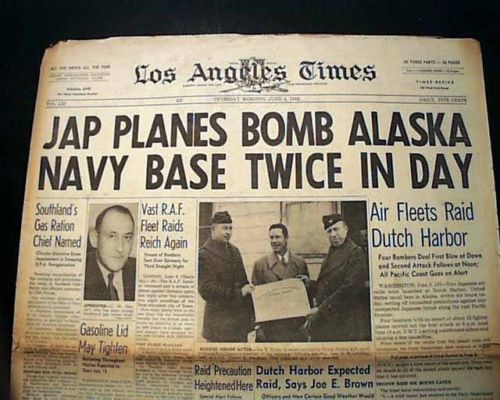 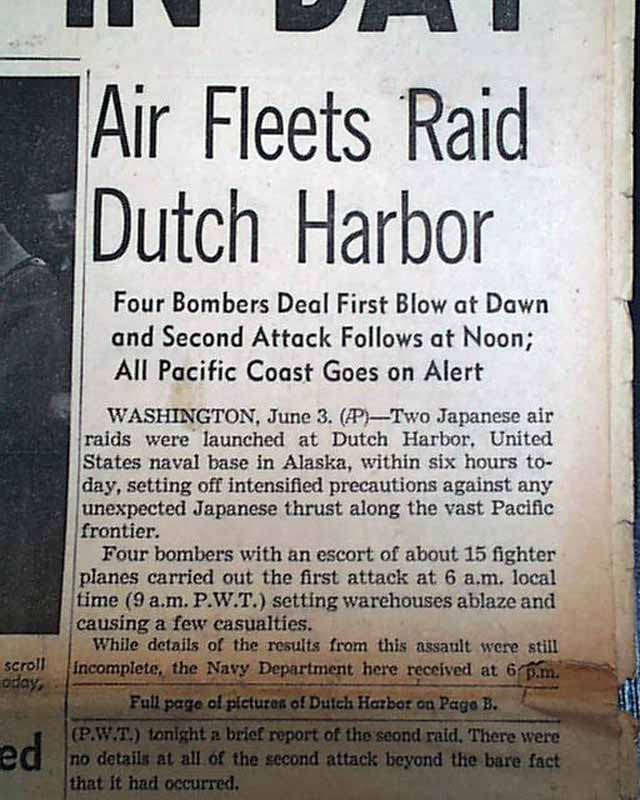 Here is a little more info on this attack:
According to Japanese intelligence Dutch Harbor was a sitting duck for the Japanese fleet. The Japanese first raided the Naval Base at Dutch Harbor on June 3, 1942. The striking force was composed of Nakajima B5N2 "Kate" torpedo bombers from the carriers Junyō and Ryūjō. Fortunately, only about half of the striking force reached their targets. The rest either became lost in the fog and darkness and crashed into the sea or returned to their carriers. Seventeen Japanese planes found the naval base, arriving at approximately 05:45. As the Japanese pilots looked for targets to engage, they came under intense antiaircraft fire and soon found themselves confronted by Eleventh Air Force fighters sent from Fort Glenn Army Air Field on Umnak. Startled by the quick American response, the Japanese quickly released their bombs, made a cursory run and returned to their carriers with little damage to the base.

On June 4 the Japanese returned to Dutch Harbor better organized and better prepared. When the attack ended the oil storage tanks were left burning, the hospital was partly demolished, and a beached barracks ship was damaged. Although American pilots finally located the Japanese carriers, attempts to sink them failed.

This attack on Dutch Harbor was part of the Midway attack plan. It was a feint designed to lure the American carriers north away from Hawaii and then be sitting ducks for Nagumo's strike force sitting off Midway. Thankfully CINCPAC knew the complete details of the plan from intercepting Japanese radio traffic so ignored the Dutch Harbor attack.
Rodney