HI All, I am starting to touch up and eventually repaint my 1966 mutt section by section. I want to match the current color if possible, I know the new paint will look a little different due to fade and all.... I took a couple pictures and put them in an album linked below.

If anyone knows the correct color to use, I'd appreciate your input. I like this color OD green, vs the browner, darker color out there...

I was planning on just brush painting the mutt, I'm not going to have a parade piece, I know, I just want it to look good driving around with my kids... An y suggestions to brush painting vs taking it to a pro?

As always, thanks for sharing your knowledge...

The branch of Service would dictate color, I think your current color looks great.On my mutt I used a paint brush.
change user name to mark
Top

I think mine is 34079 Forest Green Flat, i might buy a small amount to make sure before buying a whole gallon.
Top

But if you want to paint your vehicle the same color that it currently is, the shade is most likely to be FS 34079. But beware, your paint has faded significantly from an original 34079 finish.

Ken, if its worth keeping, which it looks like you are, get it sprayed, long term you will be glad you did.
Top

None of the jeeps at that time looked near as good as the one's now days we see in parades and Military/car shows, most were covered in red mud and dirt.
I think the Military police at the larger base's had the best looking jeeps [clean and washed]. I did see some jeeps painted diff. shades of O/D, I know of one that was painted black, I saw some that had seat covers made by the local's that didn't look anything like milt. issue. I'll try and post some pic. if I can find them.
The one's stateside at that time were 24087 S/G.
I think if you could find a jeep from that era. untouched, they prob. would not even let it in a parade today, but the ones that are in parades and Military /car shows sure are pretty.
Here's a few pic's. of my 67 151A1 , It's 24087 S/G, i painted it in my back yard several years ago with a $99 home depot comp. and an old paint gun I borrowed.
Bfore you think about painting your jeep with a brush you might think about using 10 rattle cans, I painted my WW2 jeep like that, it came out pretty good, although a lot of jeeps of that time were painted with a brush, good luck. 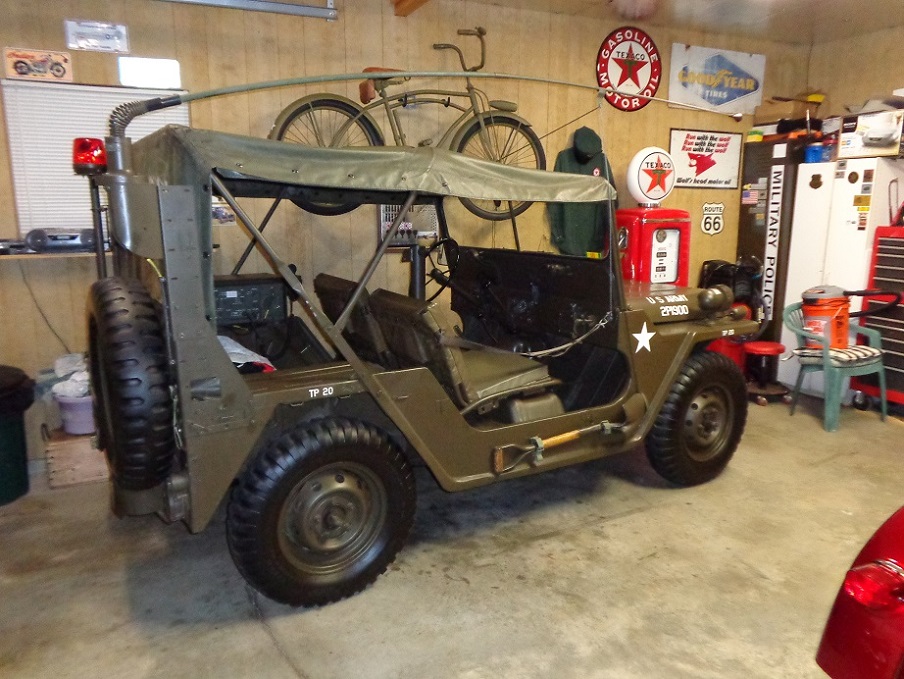 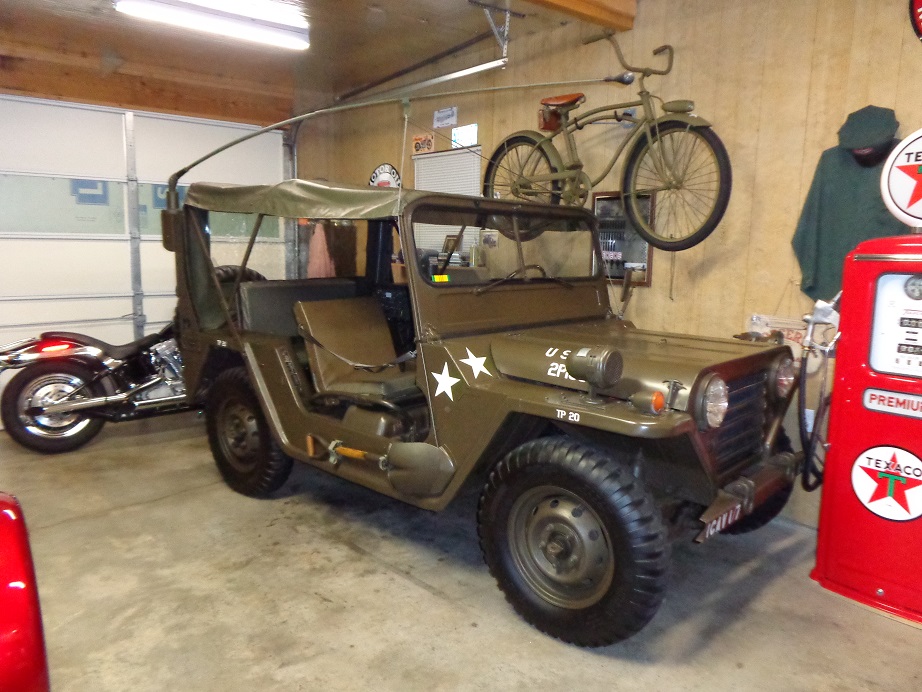 Exactly right; none of the M151s (A1 and A2 too) I ever had (I mean in units I was in, so I "owned" at least a dozen of them) looked as good as yours. Rode in and drove them for what seems like a million miles. First they were 24087, then later camo, then later some were tan.
I used to carry a spray can of generic OD paint to cover up the rusted places before IGs. No one cared what they looked like on the outside.
And a comment; no one in the Army ever called them Mutts; that was a made up name/fake acronym by Ford employee very early in the design process. Nothing like semi official terms like Sherman Tank.
Only collectors call them that. I never even heard the term until I left the Army.
U. S. Army 28 years.
Armor Branch
Top

Y'all are just adamant about being wrong even when evidence in writing is/was provided to you. (and not modern internet files, original scanned documents)
It's been covered, and proven, but you spew the same baloney again and again.

MUTT
Deuce and a Half

Correct jargon used by SOME in the military, maybe not in YOUR presence but you didn't hear/read it all either and documents written before and during your service periods have it written down.

Yes, it was proven that the ONLY place that MUTT was used was on some very early Ford document; It was not used in any capacity after that and certainly the Fake Acronym MUTT (it does not refer to a dog in any way), was not official. Or even unofficial.
I have seen the documentation. It was internal Ford.
I haver never met anyone who called them MUTTs in the Army. (Ok, I see there was one)
I never liked them, although I lived with and in them for so many years....everyone called them .M151s, 1/4 ton, Jeep, never MUTT.
I will never be convinced.
(His paint question was answered, early on, so this is just a rant.)

READ THIS, a book review, and referring to a book author, whose name I deleted;
He is no historian. He is a compiler of basic information and photographs. He is the main purveyor of the MYTH that the M151 series of jeeps was formally termed MUTT by the US Armed Forces. It never was. His primary reference for this assertion is an obscure reference found in Ford's trade/employee newspaper, where the Ford Motor Company termed their vehicle the MUTT. Why did they do this? Because "Jeep" was already trademarked, and the same article, as well as others, makes clear that Ford intended to market this vehicle one day to the general populace, thus needing a catchy marketable tradename like Kaiser had with "Jeep".
You can search any Army manual, property book, PS Magazine, or other offical documents, etc., and you will never find any reference to the M151 series jeep as a MUTT. (I could show you several examples of what it was actually called, and some official references to it being a jeep). Why would the military call one of THEIR OWN vehicles a "Military Utility Tactical Truck"? ALL of the soldiers/sailors/marines/coasties/airmen who served called it a jeep, truck, 1/4 ton, etc., but never a MUTT. Yet he and other modern "historians" have gone to great lengths to ignore official naming conventions, official documents, and soldier feedback, in order to highlight the obscure Ford company newspaper reference, thereby asserting his wonderful "research" ability. Congratulations, you found an obscure Ford newspaper article where they were setting up this vehicle for civilian sales and added a cute name to the project the Army had commissioned them to work on.
History is history, changing it to make a name for yourself and the military vehicle magazine you commonly write for is shamefu
U. S. Army 28 years.
Armor Branch
Top
Post Reply
18 posts

Return to “M151's Technical Knowledge Base”