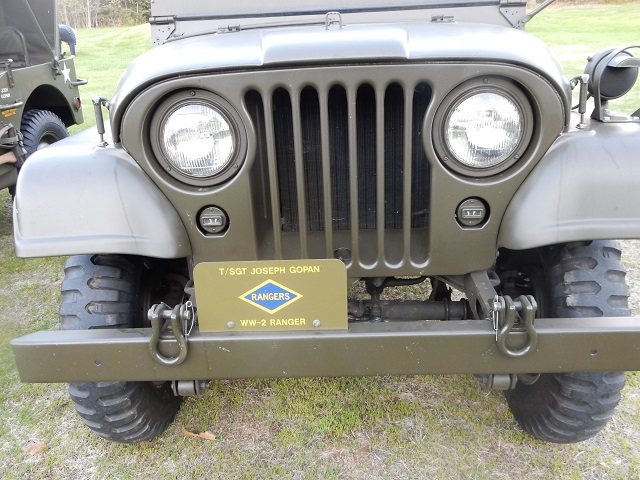 Memorial Day Parade tomorrow, I can't make up my mind.
The M-38A1 U.S.A. 201002900 represents the CO of HQ Battery, 314 AAA Bn back in the 50's-early 60's, it's radio call sign was BOMB SIGHT ONE ONE. It was equipped with an AN/VRC 10 like the one in the pic.
My Uncle T/SGT Joe Gopan was assigned to the Cadre of the 2nd Army Ranger School at Camp Forrest Tn as an Instructor. After the first classes were run thru, the Instructors became Students, He was assigned to the 110th and 106th Infantry Division and led patrols. He became a POW in the Battle of the Bulge. Had he not been captured he would havve received a battlefield commission. I never once heard him tell anyone he was a Ranger.
The MB has been what this hobby is all about, it is a reminder of all the Veterans of the "Greater Generation" I have known. I spent 3 hours with General Chuck Yeager in this Jeep., he was Guest of Honor at the ANG airshow back in 1996. I waited nearly 50 years to meet General Yeager.
I discovered the MB in a shed at the Katahdin Iron Works back in the 60's. I was a Highway Surveyor laying out new construction and it started pouring rain, we took a short ride into the Iron Works and discovered the MB. The owner, Sarah Green was a registered Maine Guide and bught it surplus from Dow Field in 1946.
The licence Topper represents the 14th Fighter Group, stationed at Dow from 1946-1949. The 14th FG Supply Sgt at Dow's Base Supply was Joe Strang, he Joined the Army in 1929 and was the US Army Heavyweight Boxing Chanpion. SGT Strang taught me how to ride a bike. The 14th was full of famous WWII Aces and was first to become operationsl with the P-84B Jet Fighter in late 1947.
Our family automobile business was directly across the street and the runway was about 400' from our office. Jeeps and other WWII MV's were constantly coming and going. 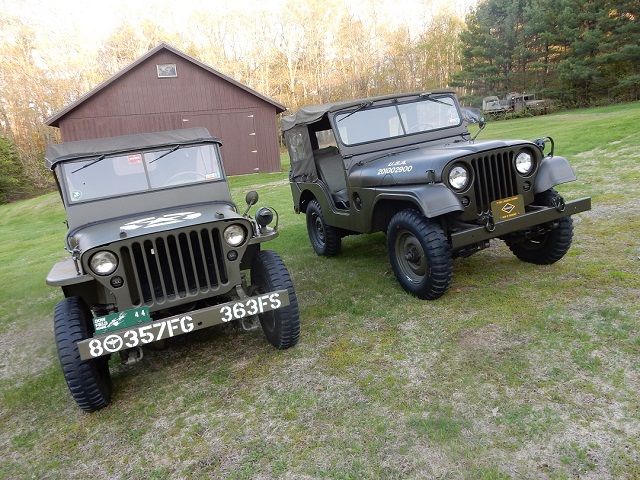 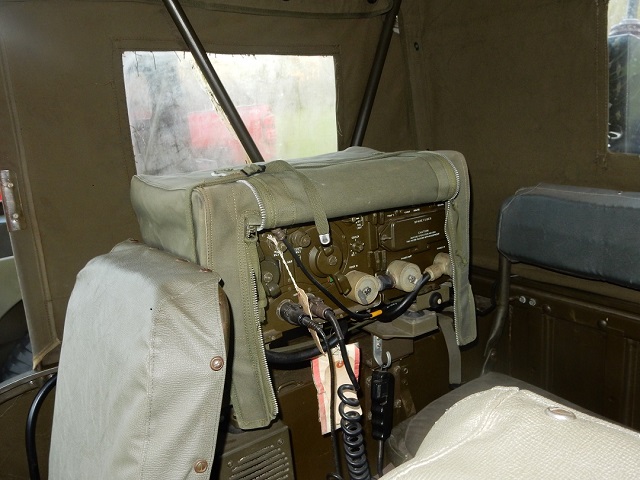 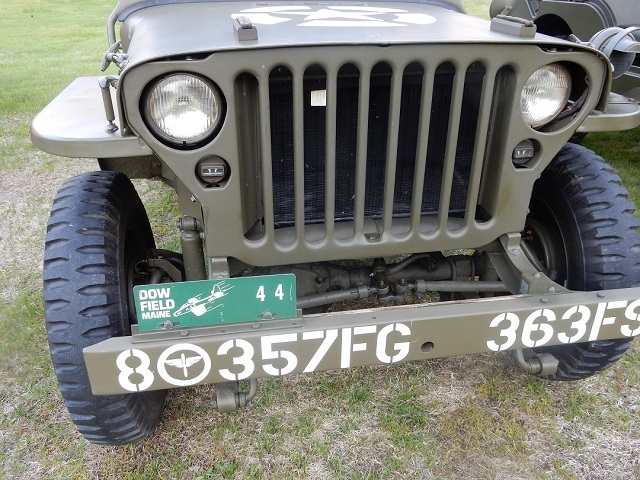 And finally, Joe. Joe(the jet powered 1/5 scale F-80C) is going to represent the Maine Air National Guard's first Jet Fighter.
Maine and California Air Guard were the two first ANG units to receive the F-80 C in 1948
This scale model has had a great history, it has won many Scale RC-Jet contest here and overseas.
"GI-JOE" pictured below is the POV of the Motor Sergeant and Flightline Chief who takes care of these fine MV's. 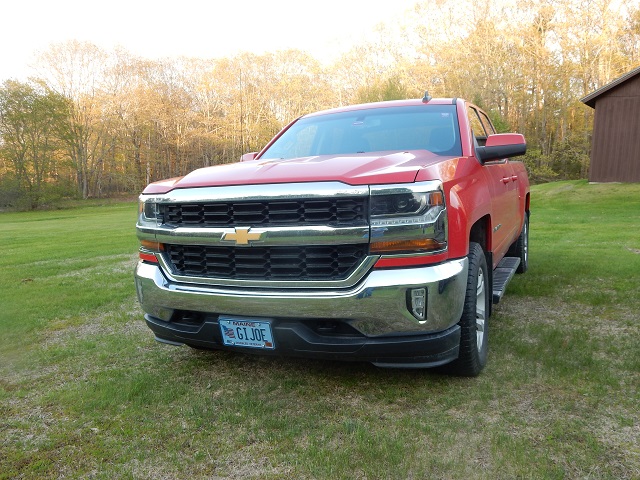 This hobby returns me to my youth every single day, the sights, sounds, and smells of WWII/Korean era MV's and aircraft at DOW Field come back to life every time I take a ride to the airport or go out to my barn. How many remember the drone of dozens of WC 6X6's passing by at 35 MPH in convoy on their way to Annual Training while a P-51 or F-80 flown by a WWII pilot circles overhead? I was there.

Note the front tires on the M-38A1, are they Cooper, STA, or United ? These are NOS GI Issue Cooper Cross Country that I accumulated, they were a common sight during the 60's thru 90's on M-38, M-38A1 and M-151. The market was flooded during the late 80's thru 90's by all the new and like new tires that were availible from demilled M-151 Jeeps. Other than the name on the sidewalls they are virtually indistinguishable from United (Canada) ,STA, Mohawk and Remington GI Issue NDCC Tires of the period.
What's on the MB? GI Surplus Kelly Springfield or Goodyears of the 70's.
Been saving a set of NOS GI Issue GoodYear NDCC's to install when I retire the M-38A1.
2011 MVPA PIONEER AWARD - MVPA #1064
HONOR GRAD-WHEELED VEHICLE MECHANIC SCHOOL 1960 - US ARMY ORDNANCE SCHOOL(MACHINIST) ABERDEEN PG 1962 - O-1 BIRD DOG CREWCHIEF - 300,000+TROUBLE FREE M-38A1 MILES
LIFE MEMBER AM LEGION-40/8-DAV
7 MIL SPEC MAINTAINED MV'S
COL. BRUNO BROOKS (ARMY MOTORS) IS MY HERO
Top

Nothing like a frindly Army Jeep to reach out and fill you with sunshine. Can't wait till Spring, tho.

I'm partial to M38A1's since my dad had one in Vietnam.
One day I will finish a tribute to him with the same numbers and signs.