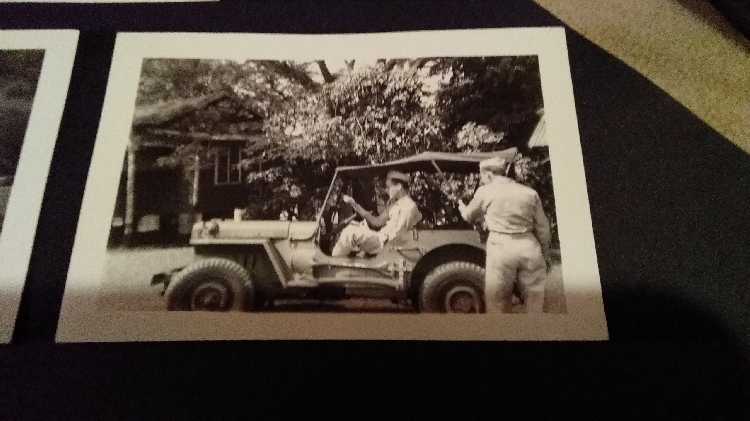 My Dad spent six years in This Man's Army from 1934 to 1940, his last post was with the Quartermaster in the CZ. When they came around to get him to re-enlist for another six in December 1940, they offered him any post in the Pacific including Hawaii, but nothing on the West Coast or Stateside. He was a Corporal after six years. He had been doing a job that Sgts. stripes were authorized for but some jackass officer found out that if he had a Sgt. as his driver, he could get better parking and such for his vehicle.

He asked them for his Sgt. stripe but was told the T&O would not allow for his promotion after six years so he politely told them to shove it. Instead, after the war broke out he worked making tankers in Chester, PA (where my jeep was made!) for Sun Shipyards.

Hey, if they gave him his stripe, he would have been at Schofield Barracks or someplace else in Hawaii when the Japanese attack took place on 21/7/41. That might have made things very interesting for my Dad and might have gotten him killed, wounded or just never out to CA to meet my Mom...
Chuck Lutz

Users browsing this forum: No registered users and 21 guests