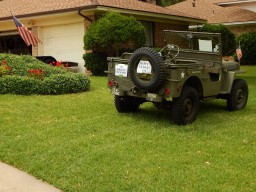 Very nice looking, and you did a great job there !!!
Please post more pictures !!

Thanks Ray. Had to test adding picture. Chuck's post helped.

He is correct, a picture is better than 1000 words.

Swan'song name is in honor of Jack Swan who served in Korea on Jeep Carrier "Bae Dong Strait". Never took a dime to get her going. Offered many times. Said it was his retirement, he'll do what he wants to do "Just get me parts! And, oh yea, give me a copy of that French Jeep book".

Front is marked in honor of my father's WWII unit also 13th, 307th BG(H), 371 SQ. Chuck Stiles Co-pilot B-24's. First bombing run on Saigon and harbor in WW II. Later was FAC "Mosquito" in Korea with 6147th TCG. Calling in air strikes from Jeep carriers. Too much war, he passed at 60.

That is a great thing and story !!
My uncle was a co-pilot on a B-24 in the 13th Air Force, and he also bombed Vietnam in WW2 !
He was likely with your father on that mission and in the same squadron.
He was on Morotai, and told me about Japanese night fighters that would try to infiltrate the B-24's coming back to base, and how they had some radio technology to find them and blast the out of the formation.
His plane was named Peggy- Lou. He was the co-pilot but said he usually flew the plane.
He passed away a few years ago, but I enjoyed his stories, as well as my father's stories from fighting in the snow and cold in France and POW camps .
My uncle said that when he returned to the USA, California, the Army took his flight jacket
and government wrist watch away. That always was something that irked him !!

Ray,
Looks like your uncle was a 5th AAF Bomber Barons 24 co-p if site is correct. Here is link http://www.b24bestweb.com/peggylou1.htm 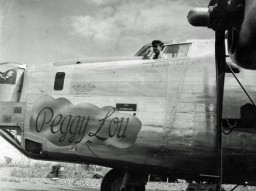 Bombed Saigon in this acft. 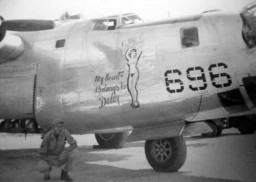 Great pictures there !!!
The guy in Peggy Lou actually looks just like my uncle !

However, my uncle was in the 13th Air Force and the picture of his plane had a stenciled number on it like your father's plane.
Peggy Lou was stenciled on as well, and no art work at the time of the picture.
Peggy is my Aunt Peggy.

I will try to see if I can get a copy of the picture to put up in my Jeep barn.

It looks like a well-maintained jeep. What type of tires are those?
Top