I am wondering if the early 1938 date hand carts with the individually cast serial numbers are more valuable for collectors. I was planning on purchasing one and wasn't sure what is a fair price to offer. It is complete except for hub caps and tires are post war replacements, but rails, bed, axle cross bar and hitch are all there. I cannot tell what is stamped after the M on the boss. I understand the variations were indicated by removing the 3 and stamping the model. 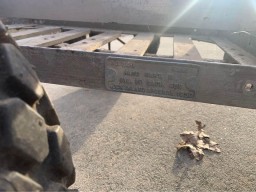 Your Cart was originally an M4 30 Cal Machine Gun Hand Cart. From the picture it looks like it has the smaller 12" rims. It should have the 18" Motorcycle rims which are the same as on the M1A1 Chemical Mortar Cart. Marine Corps Cart are 19".

My Cart is numbered 890. It came without rims but I found some at an Antique Harley Shop and they still had Olive Drab paint present.

As far as value, I think these early Carts are a niche market. I would pay more for one but don't honestly know since none ever seem to make the auction scene so you never know how much is paid.

I would base it off of steel M3A4 value for the most part.

If it has 12" rims its highly likely that it is original to the military as they experimented and developed the Carts ,or the guy who has it added them. 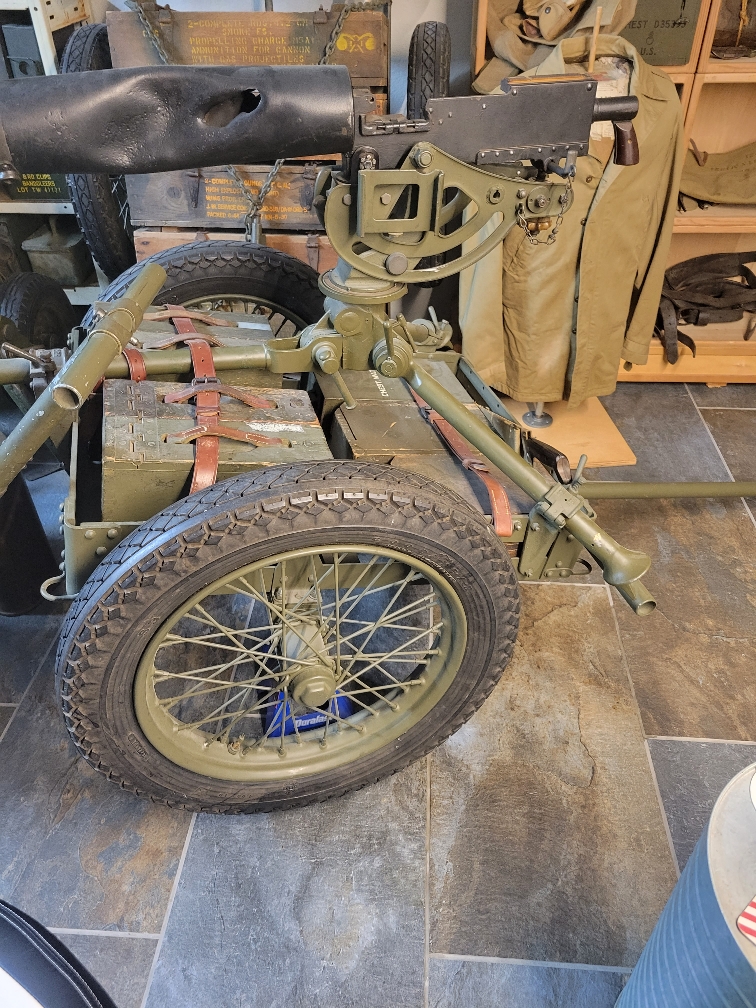 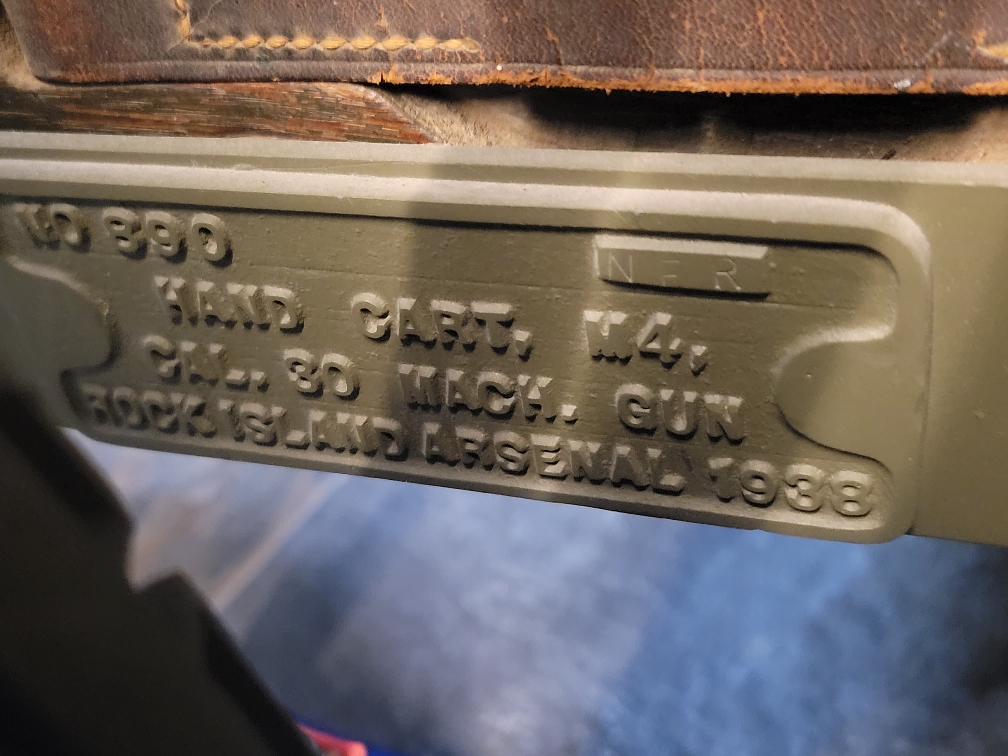 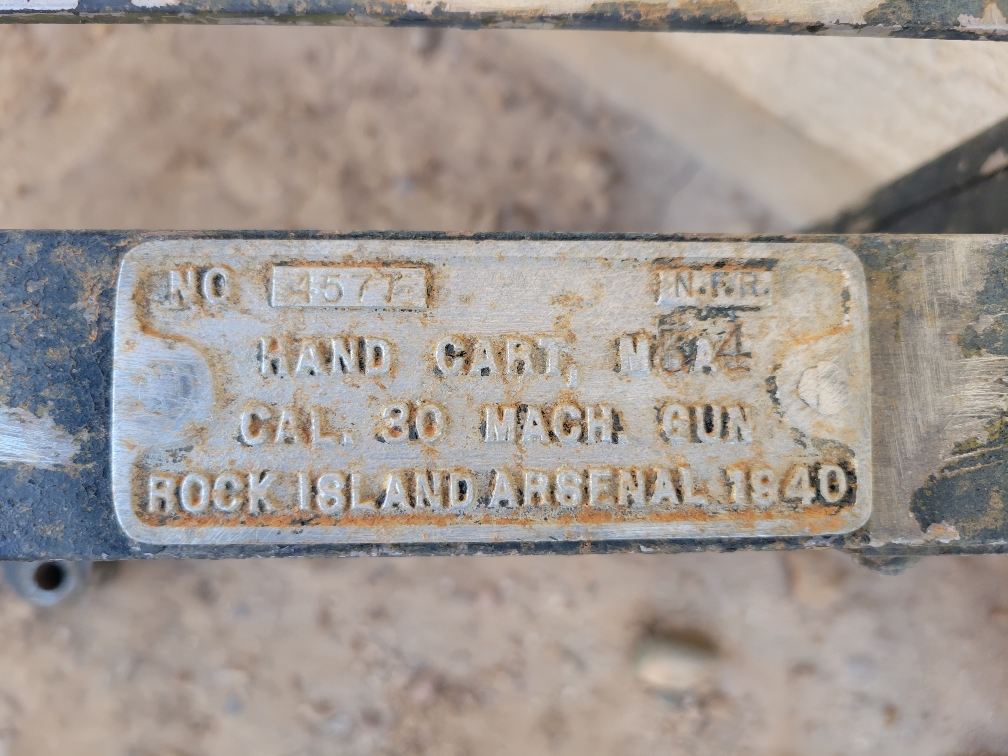 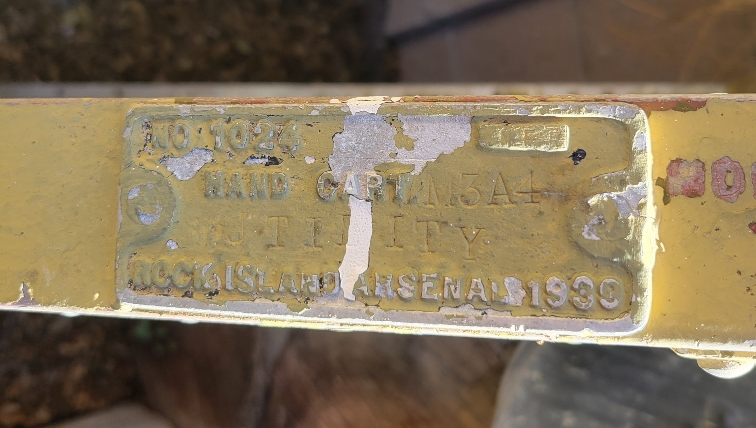 Craig, thanks for that detailed explanation. It appears from the images that the wheels are original and 12" I could be wrong. I hope to have more info soon. 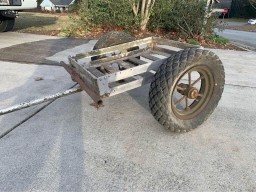 Those are correct military rims. By the look of your Cart I think it could be considered original as it left the military. With that said it is not factory original. The rims should be 18".

The Drawbar would have been all aluminum. This in no way takes away from the Cart. After it reached its destination it could have easily been switched.

As far as the rims RIA was still making an aluminum Cart in 1943. It had a standard M3A4 axle not the early straight axle. It came with steel wheels. Shown in tech manuals also.

Basically it's as a Cart would have been used in the military. I haven't tried to see if Marine Corp Cart rims will fit on these. Of course there is the Aluminum Cart with 19" rims (with a unique hubcap) but that is another story that is very vague and only on found Carts with no manual reference.
Most if not all had there data plates removed for some reason. Than throw in the Naval Gun Factory Carts.

Buy it and enjoy it. Only a handful of guys will know about the rims.

Those were great links. Thanks for sending. It looks like it was quite a bit of work to get the tires removed and clean up all of the spokes. Looks like the same type of work on WLA restoration. My Airborne Compressor Cart has the 4x18 rims with some nice Ingersoll Rand hub caps. The tires were original Firestone military and were easy to removeand replace with two tire spoons.

I hope the deal with the hand cart works out. You know how fickle people can sometimes be when its a long distance purchase. WIll post more when and if it happens.

For now here is the Compressor Cart which is dated 5 June 1943, a before resto pic and an in progress pic. 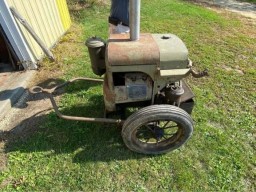 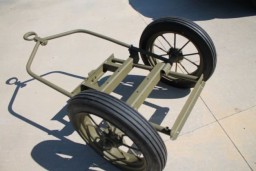 Are the hub caps avialable anywhere? It looks like mine are missing. I saw a G member made some a decade ago.
Oz

Seller sent a clear image, It is an M3. What does the NFR stamp mean? 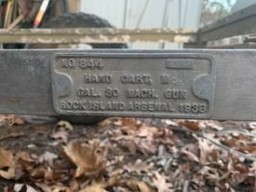 N.F.R. should be inspection stamp.

I know how it goes. I've purchased many things online out of state. Craigslist Facebook marketplace. So far have never been screwed. Sent Cash, postal money order ect. Sometimes they just quit replying and it's never to be seen again. Ask a fellow collector in the erea to help. 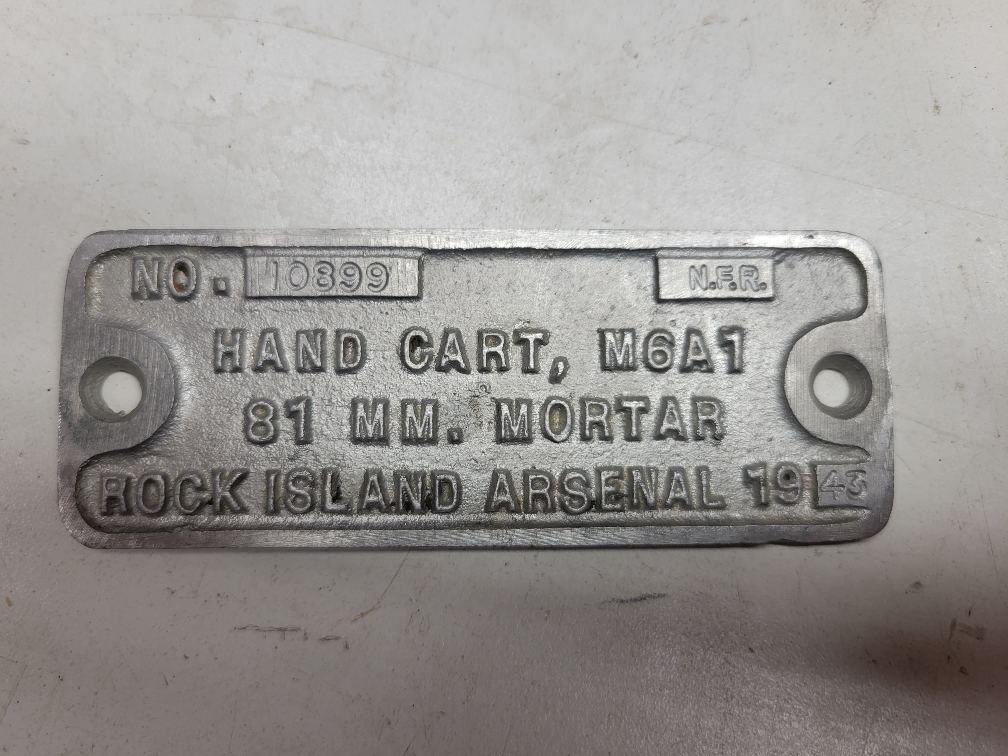