Knowledge Base NO EBAY or COMMERCIAL SALES.
Post Reply
39 posts

GreyWulf
Sergeant Major of the Gee

While Bendover is correct that the PE95 is half a century old, he makes it sound like it is not worth restoring. 95s and other gensets played their part in WWII, not just in powering radios. I would not call it obsolete either. While very ineffecient by today's standards, the 95 is reliable and built like a tank. Many people complain about new one's short-lived lives due to everthing being PC-board regulated. The 95 is very easy to understand how it's put together and how its componets work. In a jam, it is built so that some components can be bypassed and in a real jam, the set can be basically hotwired. Not the safest thing to do, but when you need power, you need power. The big problem is parts. But wait, its engine is an MB engine. Almost every part in the MB motor can be substituted in a fix. Yes, I know, some parts like the manifold and crankshaft have their differences. In working on mine, I have found one thing we must remember as well. The late-war 95s were designed to use parts already in use. Many of its solenoid switches are just 12v auto switches made by autolite. The automatic choke is a Sisson unit common to Pontiacs and even the M8 armored car. I am not trying to start an argument here, just saying that 95s are more than engine donors for jeeps. Jeeps are common as dirt in reality. I own two but chose to tackle my 95 first. Not everyone has one and a jeep can't power your house if needed. Guys, just give alittle love to the unsung work horses of WWII.
1942 Slat Grill #111246
1943 GPW #135942
1943 PE-49F
1943 PE-75J
1943 PE-75K
1943 PE-77E
1944 PE-95G
SCR-177B, SCR-188A, SCR-274N, SCR-284, SCR-300,
SCR-508/528, SCR-509/510, SCR-593, TRC-2,
BC-312/314/342/344s, BC-348R/P/Q, BC-611C/D, BC-652A,
telephones and other comm gear
Top

GreyWulf
Sergeant Major of the Gee

My PE95 has a Willys flathead, but the serial is not on the side like an MB, also it has a vacuum advanced distributor. Is there a pictorial to tell what sub model it is?

Thanks!
"A married man should forget his mistakes; no use two people remembering the same thing."

What is the purpose of the 8-10 inch length of jack chain looped over each of the two radiator support rods? Inquiring minds want to know!
Top

Most MB engines used in generators, crankshafts were factory ground 0.010 inches under on all the bearing journals.
Top

The PE-95 had a long service life, many served thru the 70's and longer. Age has an effect on these PE-95's and other generators of the WWII era, capacitors would fail and short out which would shock the operator, and rivets that attach brush holders would corrode and fail. Many were Depot Reconditioned and could be found with newer blocks from M-38, I have one that has a 50's era engine with rotating valves. They have an easy life as they either idle or run at a governed speed of 1800 RPM.
Many Civilian repair shops will not repair them due to lack of parts support due to being obsolete. Surplus parts are spotty, surplus dealers did not stock up on PE-95 parts as there was little call. White Owl back in the 70's was successful bidder on a huge quantity of carburetors advertised thru DRMO as Carter WO. They advertised them as Jeep Carburetors and soon found out that WO's made for PE-95 will not work on a Jeep. (I bought one and returned it)
2011 MVPA PIONEER AWARD - MVPA #1064
HONOR GRAD-WHEELED VEHICLE MECHANIC SCHOOL 1960 - US ARMY ORDNANCE SCHOOL(MACHINIST) ABERDEEN PG 1962 - O-1 BIRD DOG CREWCHIEF - 300,000+TROUBLE FREE M-38A1 MILES
LIFE MEMBER AM LEGION-40/8-DAV
7 MIL SPEC MAINTAINED MV'S
COL. BRUNO BROOKS (ARMY MOTORS) IS MY HERO
Top

Thanks Joel. Here's mine, bought it for the trailer it was in. Got it running and it sounds beautiful. 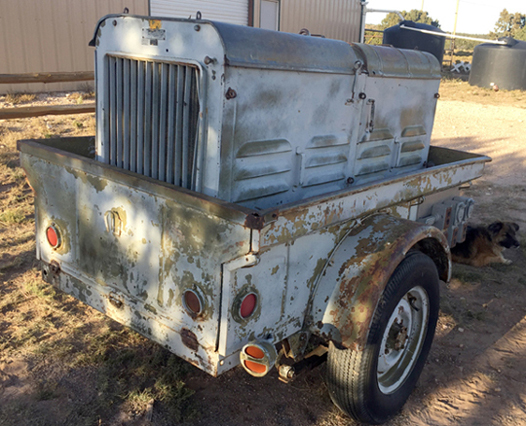 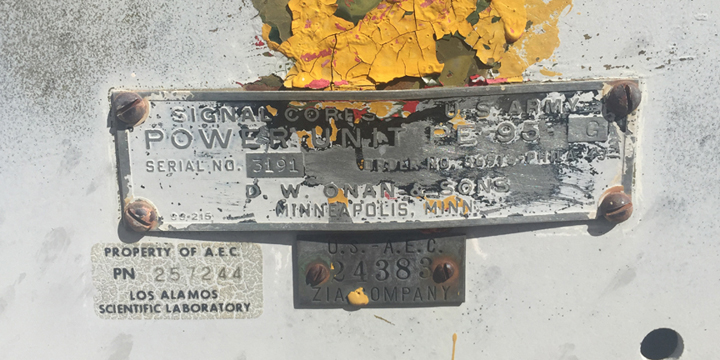