So I've been researching the Salvation Army roles in WW2. The "Canadian War Services" was similar to our American USO in providing canteen and recreation services to their servicemen. I found this photo on Pinterest with no information.
I think it's a 1942 Ford Panel. I notice though that it's right hand drive and equipped with the black out headlight and bridge plate. I'm trying to determine if this vehicle was intended for overseas?
The written documentation I have on the Canadian War Services points to the men who worked in that field wearing Canadian Army uniforms with service insignia and their trucks were Canadian Military cargo trucks. In fact a fault of them were that they were too large to be maneuverable closer to the lines and in use in Europe it wasn't uncommon for them to scrounge up Jeeps. Trucks similar to this one are well documented in use in Canada, but the other examples don't have bridge plates and black out lamps? 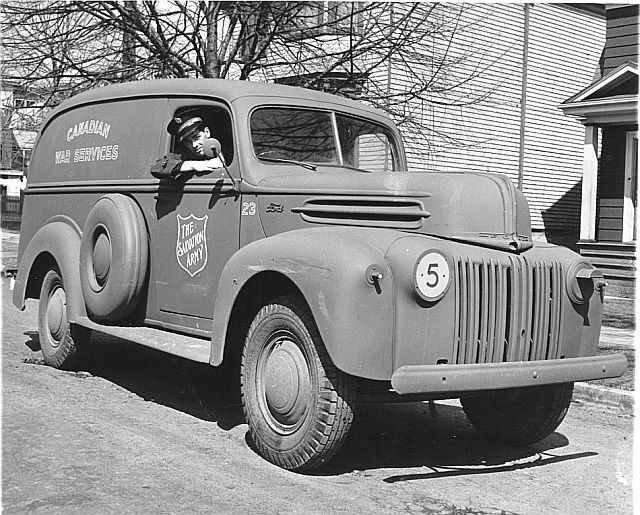